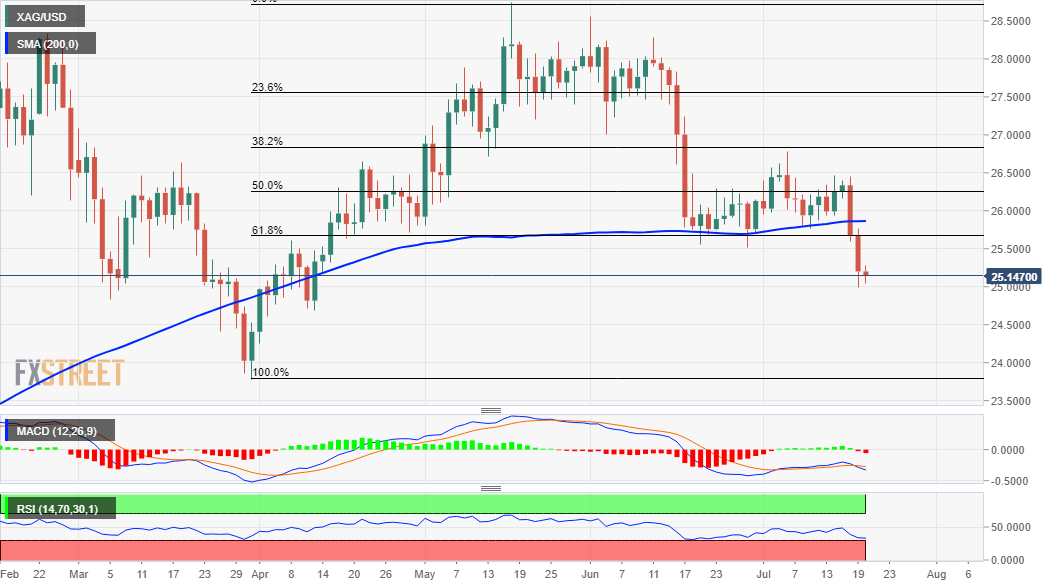 Silver remains trapped within a range above the $ 25.00 level during the first half of the European session on Tuesday, consolidating the previous day’s decline to the lowest level since April 13.

The negative outlook is reinforced by bearish technical indicators on the daily chart, which are still a long way from entering oversold territory. Sustained weakness below the key psychological level of $ 25.00 will reassert the bearish bias and trigger some aggressive technical selling. The XAG / USD could accelerate the decline further towards the intermediate support at $ 24.70-65.

The downward move could extend further towards the $ 24.00 level before XAG / USD finally drops to challenge the yearly lows, around the $ 23.80-75 region touched in March.

On the other hand, any recovery attempt could be seen as a selling opportunity near the aforementioned breakout point of the $ 25.70-65 confluence support and risks ending rather quickly. This is followed by the round level of $ 26.00, above which the recovery could extend towards the next relevant barrier near the resistance zone of $ 26.40-50.

National Mourning Day for Belgium: The flags are flying at half-mast

Canada: GDP rebound in June, after falling again in May