Xiaomi introduced the Mi Band 7 with improvements that have been requested for a long time. There is AoD!

The Mi Band series of fitness trackers has finally been updated: the seventh model has received long-awaited innovations, including a larger display, improved SpO2 sensor performance and support for Always-On Display – a constant time display even on the locked screen. Like previous models, the bracelet comes in versions with and without NFC support, however, payment services supported outside of China are currently unknown.

One of the key innovations in the display. It received an increased diagonal by 1.62 inches – the usable screen area increased by 25% when compared with the previous generation. Xiaomi has not disclosed the display resolution, but the pixel density is known to be 326 dpi. Another innovation lies in the design of the SpO2 sensor for monitoring the level of oxygen in the blood: it learned to automatically monitor the indicators during the day and vibrate if the blood oxygen saturation drops sharply below 90%.

New for Mi Band 7 is the training load calculation function, based on the EPOC (excessive oxygen consumption after training) for the last week – the bracelet can give recommendations on how much rest you need to achieve certain sports goals (muscle gain or weight loss). ).

The manufacturer paid special attention to the AoD function, but did not specify whether it would be possible to somehow customize the dials for this mode or download new ones. So far, the company has shown the following options:

Metaverse Market: What Does the Future Hold?

The manufacturer also did not forget about the usual dials for the unlocked display – more than 100 new ones have appeared. 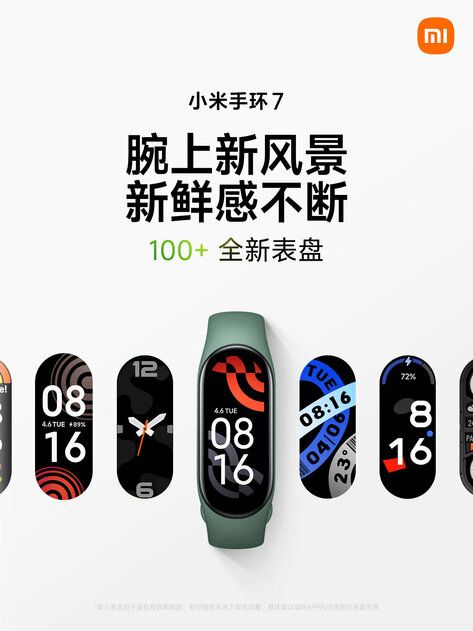 The news is being added…

Petco: Higher profits and sales in the first quarter

FSR 2.0 instead of NVIDIA DLSS: gamer doubled FPS in Cyberpunk 2077

How to care for a laptop battery: do’s and don’ts

Radeon or GeForce: AMD has a tool that shows which graphics card is better in games

Vatican: Opponents of abortion should also be concerned about gun…

Jun 25, 2022
Opponents of abortion should be concerned about other life-threatening issues, such as easy access to guns,…

Jun 25, 2022
Respect for the US President in the Supreme Court despite the "extreme" decision on abortions and his belief that…
Prev Next 1 of 15,106
More Stories

Wordalle introduced: like Wordle, only you need to guess the…

I dream of compact smartphones, but it’s time to…