Xiaomi turned out to be a good, but inexpensive smartphone. Redmi Note 11 review

Once upon a time, Xiaomi released 1-2 models of the Redmi Note series per year. But those days are long gone, and now every year we are met by a whole zoo of devices united by similar naming – Note 11E, Note 11S, Note 11 Pro, Note 11 Pro + are already presented, and completely different smartphones under the same name can be released in different markets under the same name . On the review, I have the most basic model with the most concise name – Redmi Note 11. What can it offer, how can it surprise?

Inside a small cardboard box is a kit already familiar to us from previous models of the series:

The design of the smartphone has not changed much compared to Redmi Note 10 – the camera block in the upper left corner of the back with an emphasis on the main lens, the screen occupying almost the entire (84.5%) front surface, the front camera in the hole in the center. The side edges have become flatter, they do not dig into the hand, but holding the smartphone has become a little less comfortable. 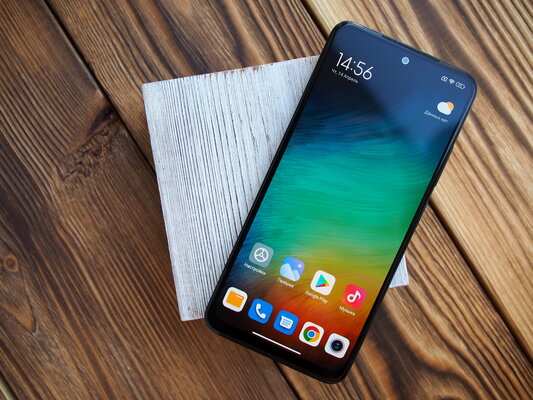 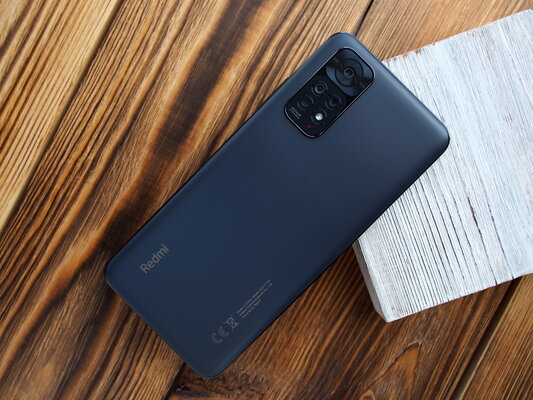 On the right is a volume rocker and a power button with a fingerprint sensor built into it (it works adequately and quickly, it rarely makes mistakes), on the left there is a triple slot for two nanoSIM cards and a MicroSD memory card (up to 1024 GB). 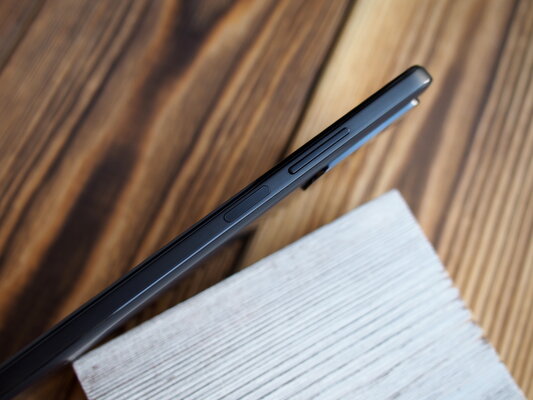 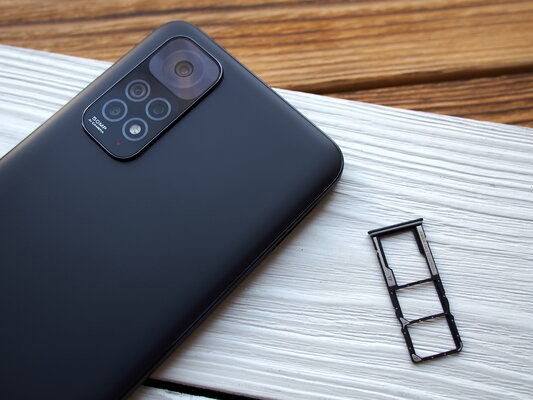 At the top there is an audio jack, additional holes for the earpiece, an infrared port and a microphone, at the bottom there is the main microphone, a USB Type-C port and a multimedia speaker. The camera block protrudes above the surface of the back cover, which is leveled by the complete cover. The back of the device and its frame are made of matte plastic that is pleasant to the touch, fingerprints remain on it, but are easily removed. The screen is covered with Corning Gorilla Glass 3. 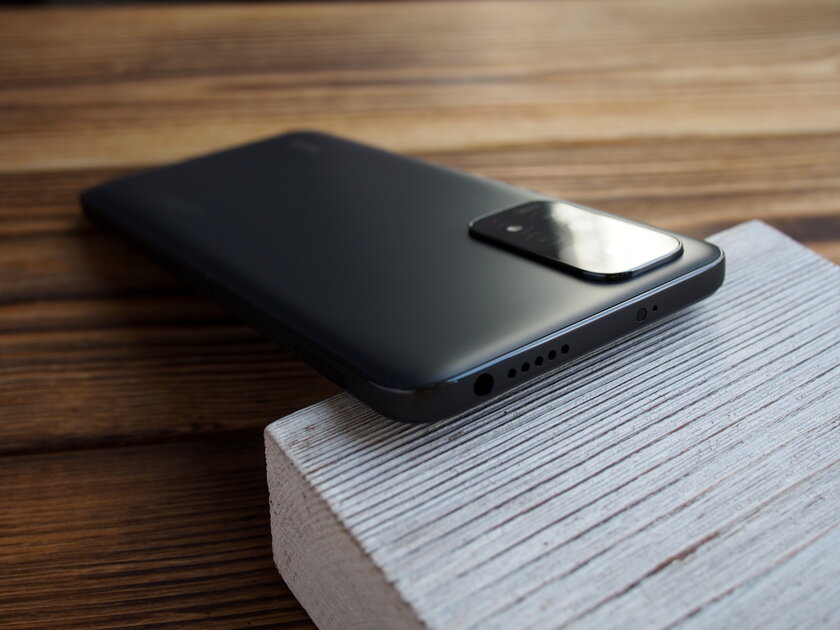 The frames on the sides and top are almost symmetrical (3 and 4 millimeters, respectively), from the bottom there is a small “chin” with a width of 7 millimeters. It is worth noting the limited dust and moisture protection according to the IP53 standard – the smartphone can be used in the rain. The device is available in three colors: graphite grey, dark blue and gradient blue.

The device is quite convenient to use with one hand, it is non-slip, quite light and thin. All controls are located in the right places, you do not have to reach for them. The assembly is of high quality, the parts fit well, there are no gaps.

In size and resolution, the screen of Redmi Note 11 does not differ from the panel of its predecessor – it is still the same AMOLED display with Full HD + resolution, but for the first time in the Note line, the most budget model received a display with a refresh rate of 90 Hz. Along with high contrast and good color reproduction, this has a positive effect on the user experience – watching videos, using social networks and playing games on a smartphone is very pleasant. On the other hand, the increased refresh rate is not available in all applications.

The DC Dimming feature, which reduces screen flicker, is not available in Redmi Note 11, which may not appeal to users sensitive to PWM. But there is an Always On Display (AOD) mode, albeit a truncated one – it is available only for 10 seconds after the display is turned off.

Redmi Note 11 with a Snapdragon 680 processor, as expected, does not show records in various benchmarks, but it does not face such a task either – it is a balanced smartphone that copes well with everyday functions, you can run undemanding games on it, but no more. On the other hand, even more expensive devices will envy the stability of its work – for an hour in the load test there was not a single drop in performance, and the temperature did not rise above 38 degrees.

The smartphone is available in three versions: 4/64, 4/128 and 6/128 GB. In younger versions, you can add another 1 GB to the RAM from the internal storage, in the older version – 2 GB. In this case, this may be quite justified, 4 GB of RAM is not always enough these days.

Of the four rear modules, only two turn out to be somehow efficient – the main one at 50 megapixels and the wide-angle one at 8 megapixels. Another 2 megapixels each for a macro camera and a depth sensor, without installing which the manufacturer could save a little more without losing much in the quality of the photo. 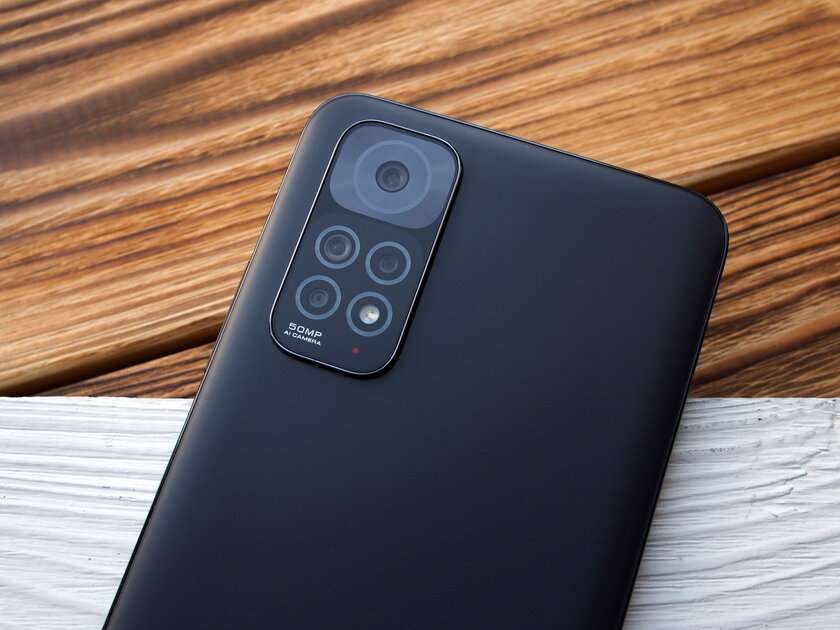 This Chinese is ready to oust competitors. Testing Exeed LX…

The main sensor produces very decent photos, especially considering its price – the pictures are taken at the level of devices of a higher class, contrasting and saturated. 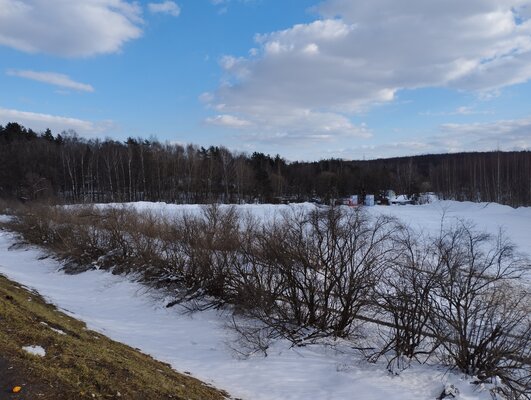 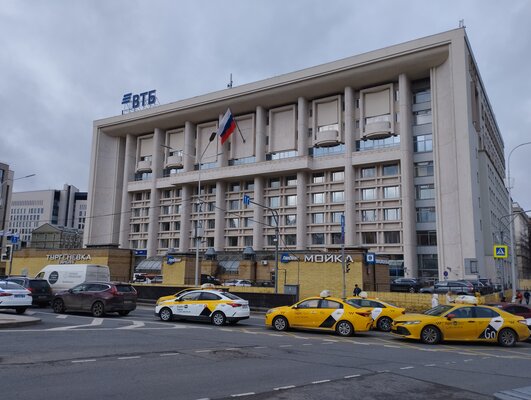 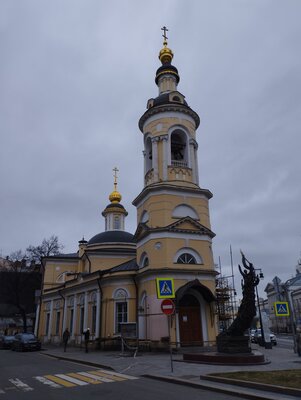 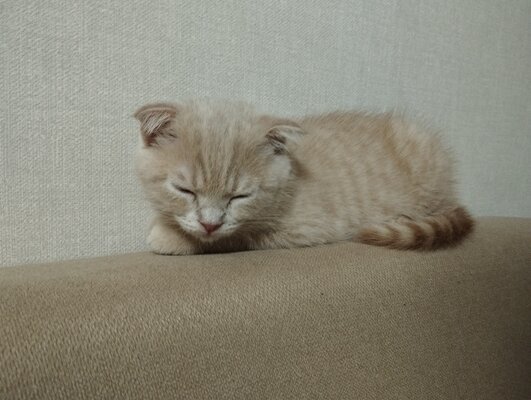 On the other hand, the quality of the photo is highly dependent on lighting, in the dark the detail drops, the photos become noisy, the night mode does not improve the situation much. 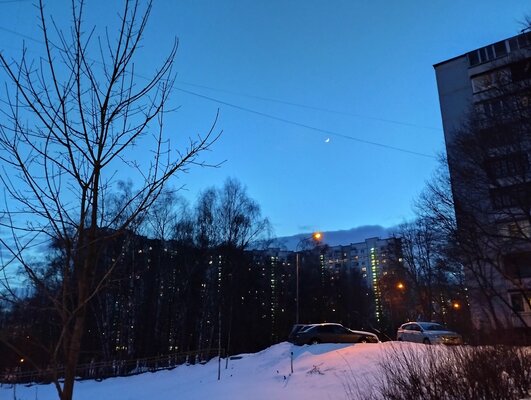 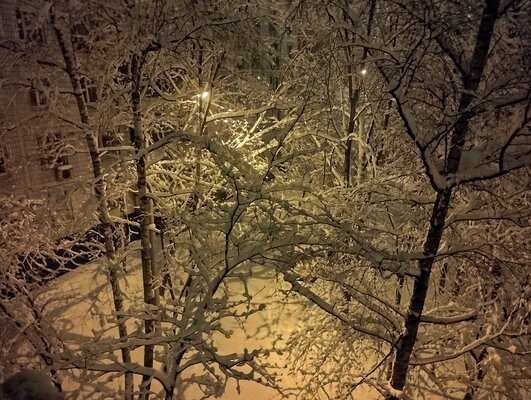 Since there is no zoom lens, when shooting with a 2x zoom, a crop is taken from the main camera, the resolution is enough. What can not be said about the “width” with a resolution of 8 megapixels – the photos from it are not the most detailed. It also sometimes misses the color reproduction. 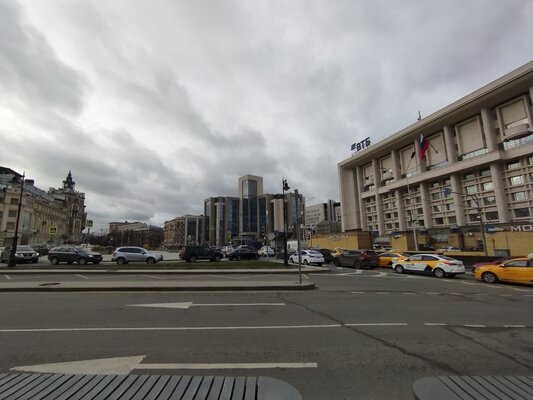 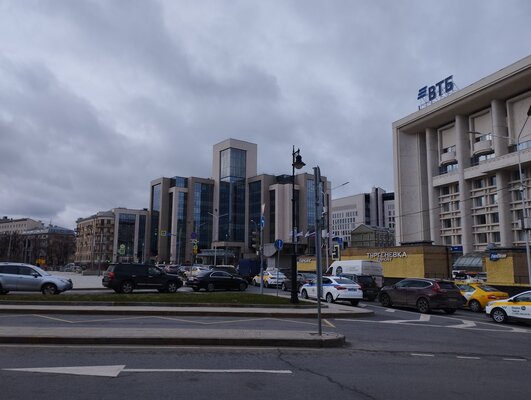 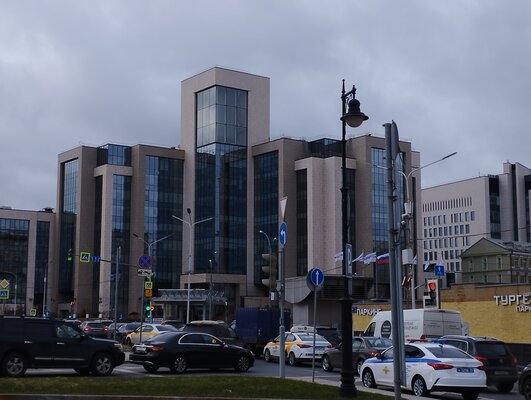 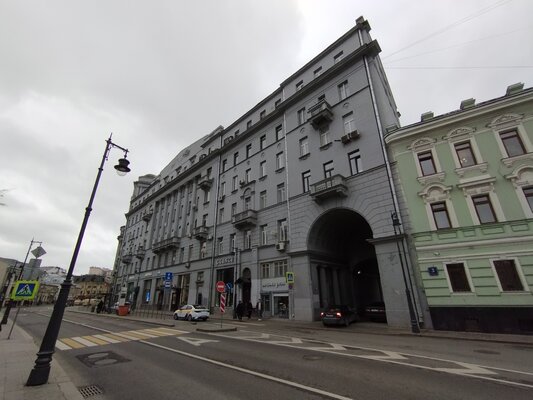 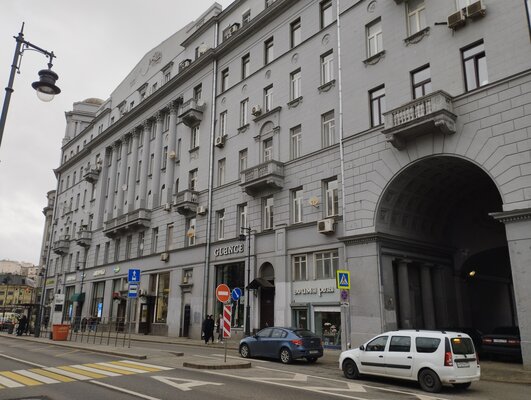 The 13-megapixel selfie camera does its job well, the shots are bright and saturated. There is also a beautifier with many settings. 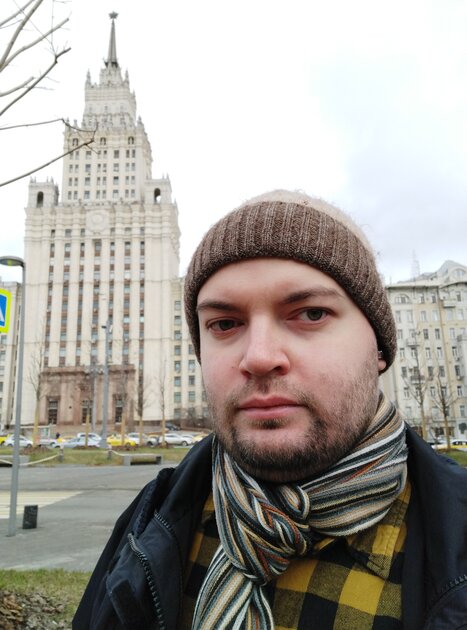 Stereo sound is present, but it is rather one and a half – the conversational speaker is 2 times quieter than the multimedia one. Holes on the top edge, on the one hand, make the sound a little more voluminous when watching movies and playing games, on the other hand, during a telephone conversation, your interlocutor’s speech will be heard by others. 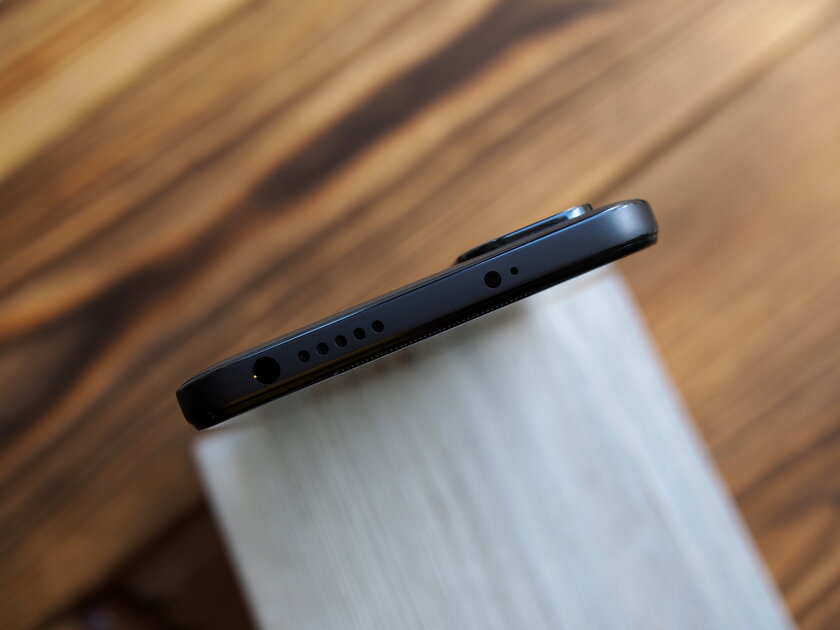 It is worth noting the presence of a built-in radio receiver (it works only when headphones are connected as an antenna) – a rare feature in phones today. 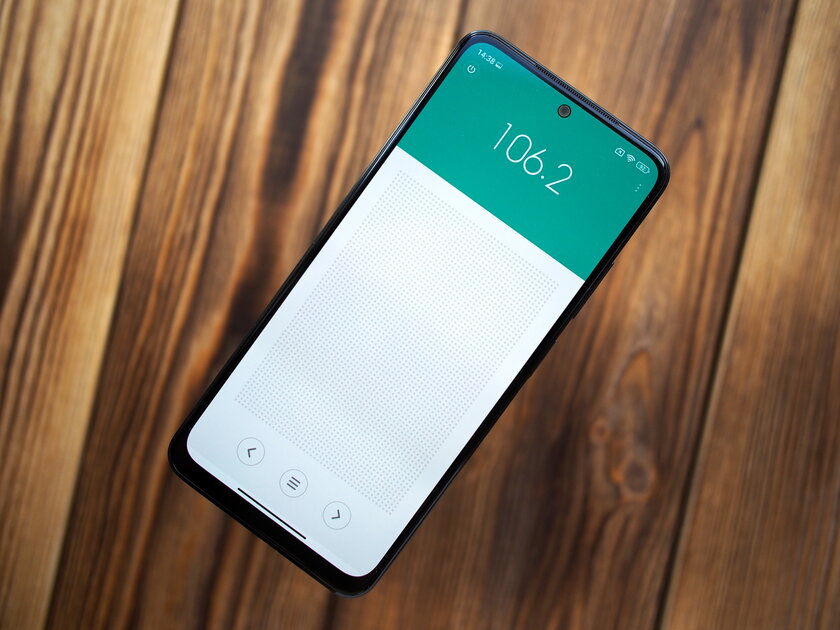 Despite the rather modest weight, less than 180 grams, the smartphone has a capacious 5000 mAh battery. It is more than enough for two days of work (at least 8 hours of active screen), and in the Treshbox autonomy test, it lasted almost 22 hours!

At the same time, the kit comes with a 33 W fast charging unit, the charging schedule is as follows:

The junior smartphone of the line has an excellent price / performance ratio, which all competitors should be guided by. The display and battery are the strengths of this device, especially considering its price. The photo quality is one of the best in this segment. The performance is average, but it performs simple tasks quickly and confidently. The lack of support for the 5G standard, which some competitors have, should not bother anyone at the moment, until its full appearance is at least a couple of years away. 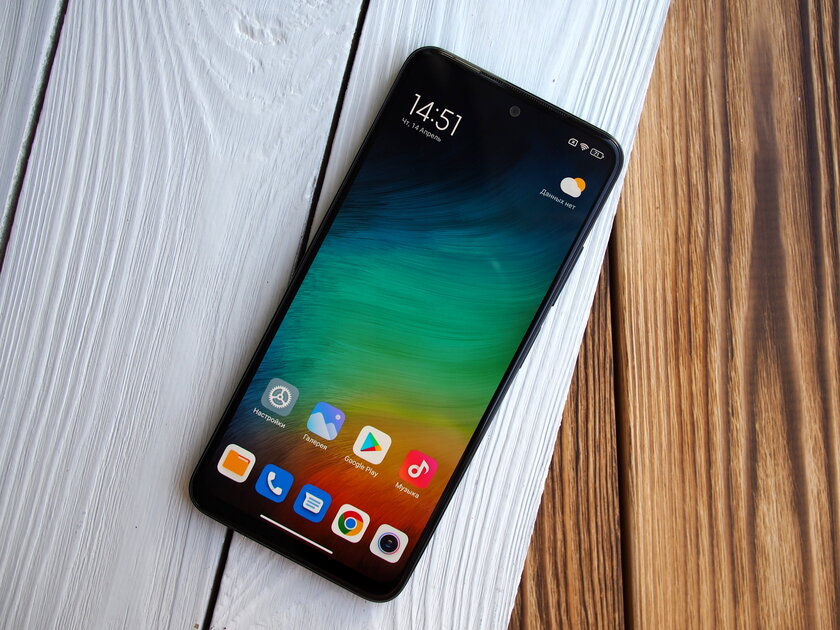 As a result, we get a universal and inexpensive phone that will definitely become a bestseller, like its predecessors. It’s the perfect workhorse.

Not every recession is the same: understand what can happen to the economy and markets

Boeing docked a spacecraft to the ISS for the first time. Now you can send…

Guerrero approves decriminalization of abortion in the first 12 weeks…

May 22, 2022
After a tireless fight by feminist groups, finally, the state of Guerrero, in Mexico, approved the initiative to…

May 21, 2022
The European Space Agency (ESA, for its acronym in English) in conjunction with Solar Orbiter, the probe that is…
Prev Next 1 of 13,443
More Stories