Zadrigman, the Mexican superhero who rescues abandoned and mistreated animals

The culture regarding care and providing a decent life for pets has changed and today more and more people join movements and associations in order to raise awareness about animal rights.

Although there is already great progress in society, there is still a lot of work to be done, so there are individuals who do their bit and look for ways to continue the fight against animal abuse. As well as the story of this young Mexican who rescues animals from the streets or abused using a superhero costume. 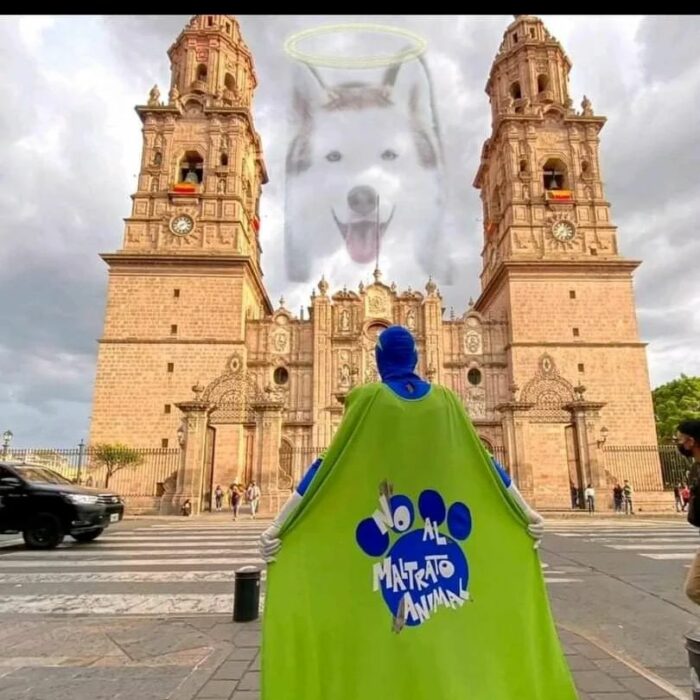 The name of this Mexican superhero is Zadrigmana 25-year-old boy from Tijuana who resides in Morelia, Michoacán, Mexico, who under a hidden and mysterious identity, since December 19, 2020, took on the task of rescuing animals, as promised to his deceased pet Duke, who died from “bacteria in his body.”

During an interview for Millenniumthe young Mexican confessed that when he started his work, two years ago, he did it without the suit, since the character of the canine defender emerged until May 11, 2021, when he went for a walk with a blanket to raise awareness through the streets of Morelia and people began to ask for photos and greet him. 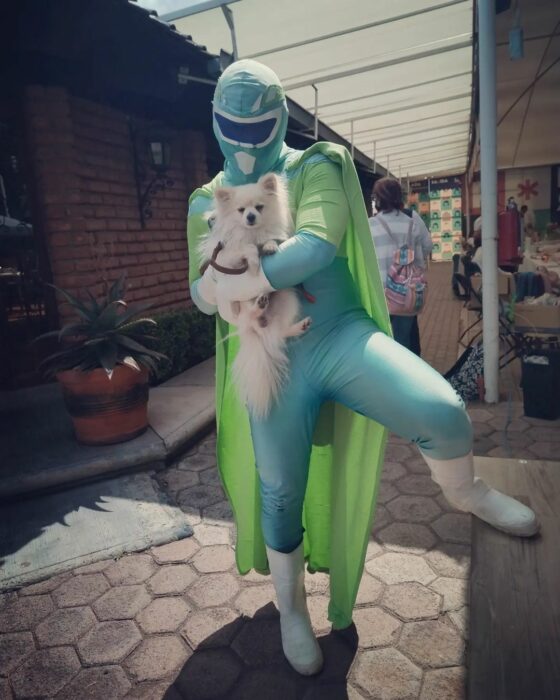 Zadrigman was created on May 11, 2021. On that occasion I only went out to the center of the city (Morelia) to walk with a blanket to raise awareness. My surprise was that from the first moment they began to ask me for photos and the cars passed by waving and thanking me for what I was doing. It was very nice.

The boy shared that the main idea of ​​rescuing animals from the streets was to do it in disguise with his beloved dog Duke, since he assures that the canine loved helping others. But after his unfortunate death, he decided to promise that he would do it in his honor and memory.

Duke was a furry Siberian husky breed, who not only taught the 25-year-old boy to love animals, but also to give love to all people, since when they went for walks through the streets and any person or some loin, his dog began to play with them.

Wearing a green and blue suit similar to that of the famous Power Rangers, Zadrigman wears a cape with the drawing of a dog’s footprint under the phrase “No to animal abuse”, a motto with which he began his crusade in favor of animal rescue. 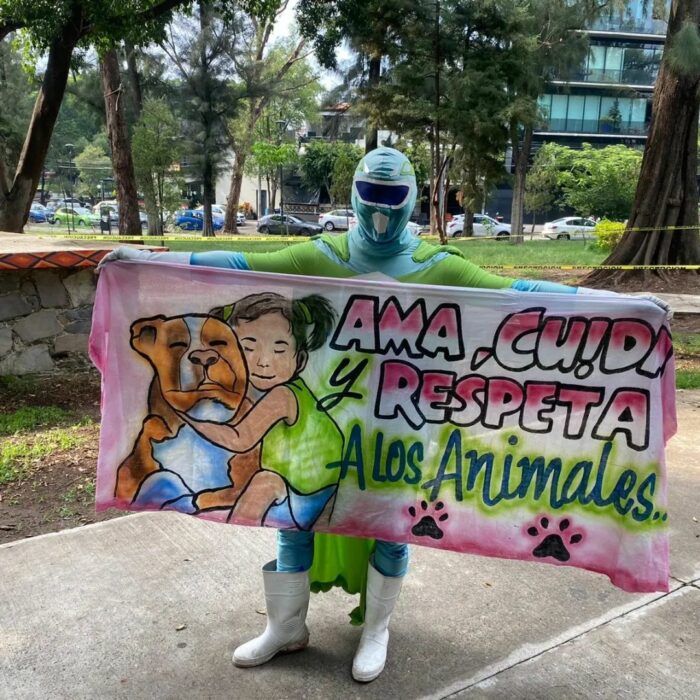 Throughout these two years of work rescuing pets, the young man has saved around 60 animals, including dogs and cats. These actions have allowed him to participate in multiple awareness campaigns in schools, as well as give conferences with the aim that more people love, care for and respect animals.

Street dogs are rescued; those who are run over are taken to the vet to operate, they recover and are given up for adoption. For now I only have a dog (to give up for adoption). 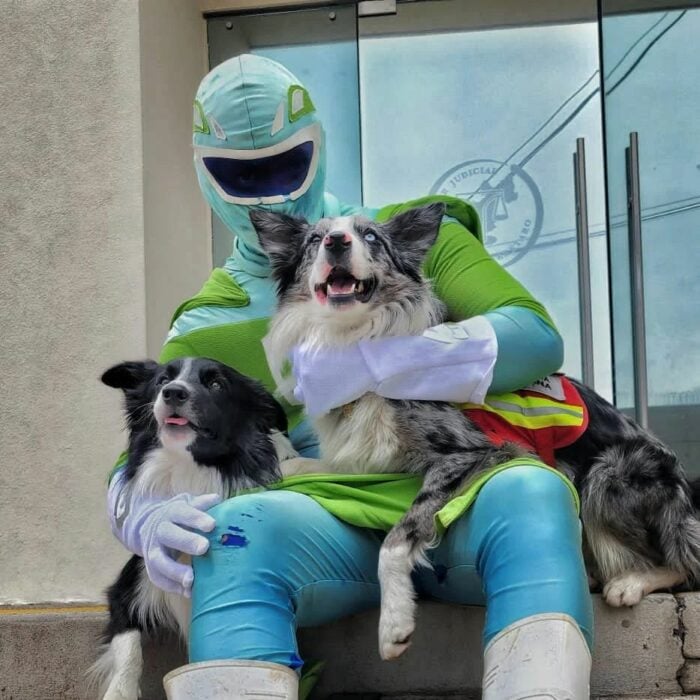 In addition to helping defenseless animals that are mistreated or abandoned on the streets, Zadrigman seeks to be an example to follow for new generations, because through his superhero costume, he tries to instill in children the love of helping canines. and unprotected felines.

The 25-year-old admits that it has not been an easy task, since due to the criticism and the expenses that this implies, he has tried to throw in the towel, but whenever he remembers that the reason it all started is Duke, he gathers momentum to move forward and fulfill that promise he made to his canine friend.

Zadrigman’s incredible work is not only popular on Instagram, but has also gone viral due to the great interaction he has with the followers of his Instagram account. TikTok, where he keeps his followers informed of his activities through videos. We love you, animal rescuer!

Game7 will provide $100 million in grants for Web3 startups

EUR/USD: Declining inflation data in the Eurozone will weaken the Euro – Commerzbank

Landslide of Ischia, “the man of mud”, survived by clinging to a shutter