When it comes to unleashing the anger (and laughter) of the Internet, a surefire tactic is to sell something awful for an absurd amount of money. To achieve this, nobody does it better than Balenciaga. Since the designer Demna Gvasalia arrived at the Spanish luxury house, it is common for one or another of his releases to end in controversy for breaking the norm.

Gvasalia has become famous for its ironic use of everyday symbols turned into luxury items or garments. Simply put, for charging luxury prices for anti-luxury designs, which is meaningless to the average consumer. Do you want to know some of these designs? Then take a look at the following list of 10 absurdly expensive and ugly designs that Balenciaga has released. Don’t worry if you don’t have the budget for a luxury fashion piece, Balenciaga has made things easy for us. As simple as dusting off the bag of quilts that we all have at home. 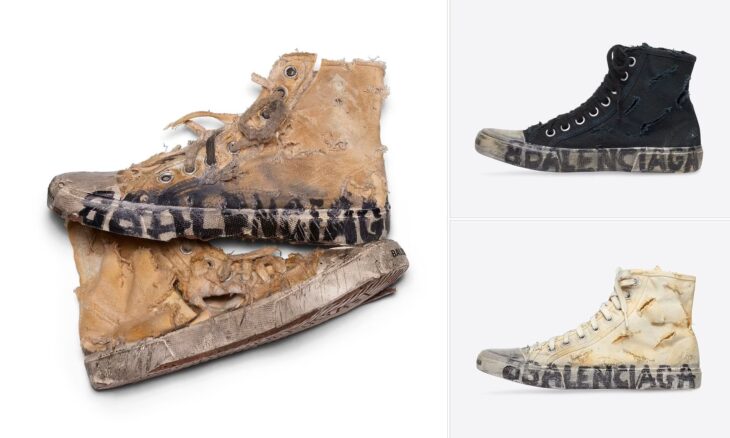 These sneakers are a redesign of Balenciaga’s classic Paris High Top. Demna Gvasalia was inspired by her experiences as an immigrant to create these dirty and completely worn shoes. The brand recommends using “a soft cloth” to clean them without “damaging” them. It is not a joke. 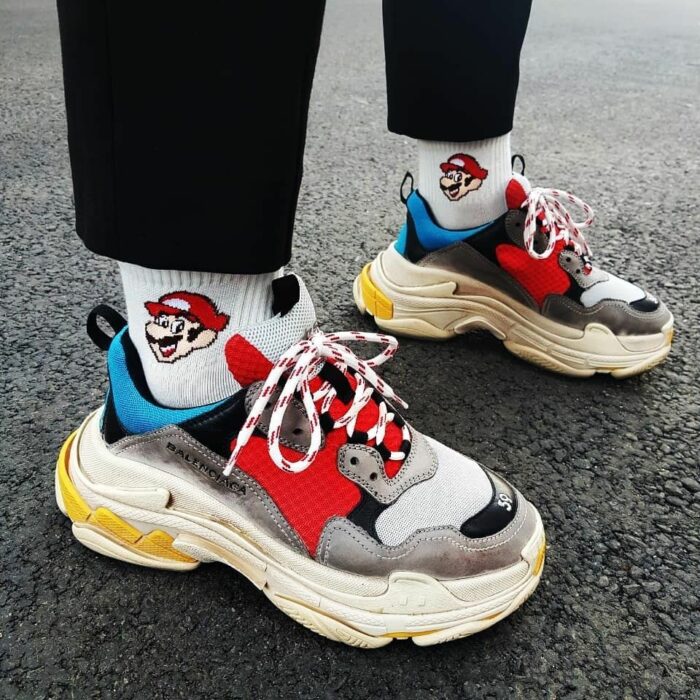 When Balenciaga launched its Triple S model, nobody expected the success it would have. Demna Gvasalia explained that her inspiration when creating them was “ugliness”. We couldn’t agree more with him. 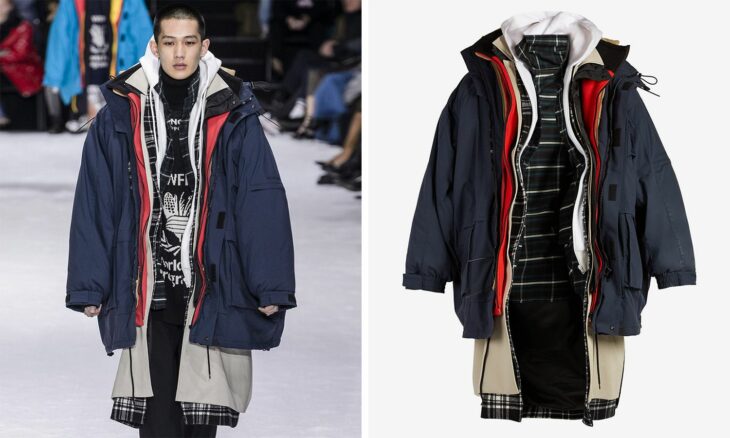 Despite being a single garment, the item offers seven distinct layers of different garments, ranging from a hoodie to plaid shirts and fleece jackets. Kind of like a coat in your coat so you can bundle up while you bundle up. The Speed ​​Trainer debuted in November 2016 and by the end of 2017, all stock was sold out. Its somewhat peculiar design combines a wavy rubber sole with a long, tight sock that covers above the ankle and adapts perfectly to the shape of the foot. Something you can achieve by gluing a sole to a sock. Thanks for the DIY, Balenciaga! 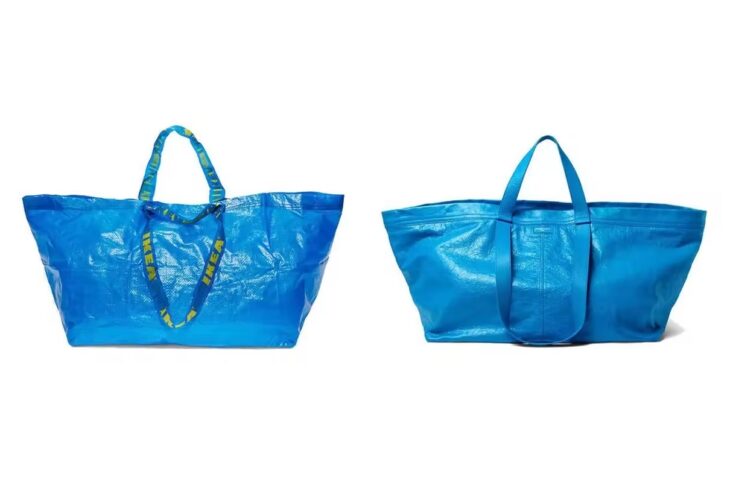 The Ikea-inspired bag instantly broke the internet. It looked exactly like the 99-cent shopping bag, except the Balenciaga bag is made of 100 percent leather. Following the launch, the Swedish company published a tongue-in-cheek guide to distinguishing a genuine Frakta bag from a copy. 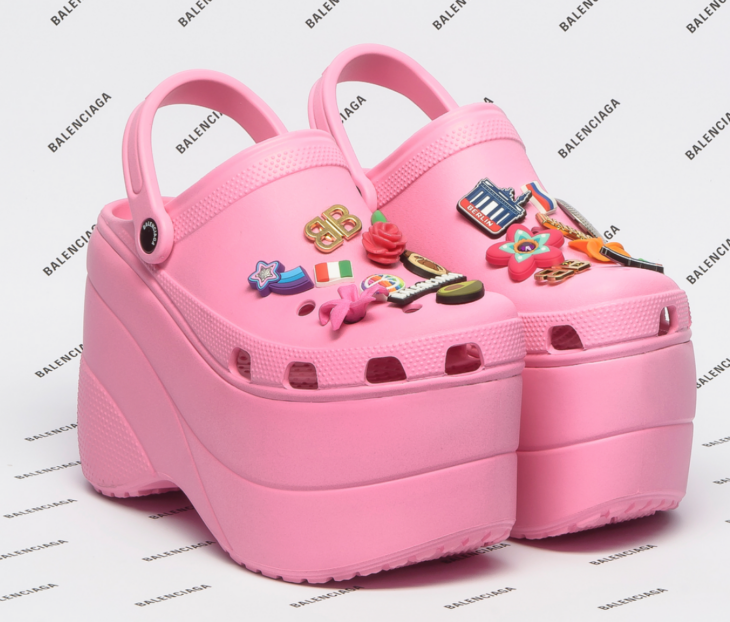 The result of a collaboration between Balenciaga and Crocs, this grotesque debuted at Paris Fashion Week in 2017. Despite its crazy price, they sold out before they were officially on sale. Don’t worry, we’re just as surprised as you are. According to Balenciaga, the piece has “two options for use”, as it can be worn as a t-shirt with the shirt draped at the front or vice versa. The “design that seeks to attract attention” not only left netizens baffled, but also international media such as Guardianwho dedicated an article titled Holly Shirtin which he accuses the brand of “misleading” consumers and describes the luxury garment as “ridiculous”.

Yes, another collaboration with Crocs that, believe it or not, was a success since its launch. These shoes were not strange for the fans Balenciaga’s most loyal, who flooded social networks with images proudly wearing their peculiar heels. 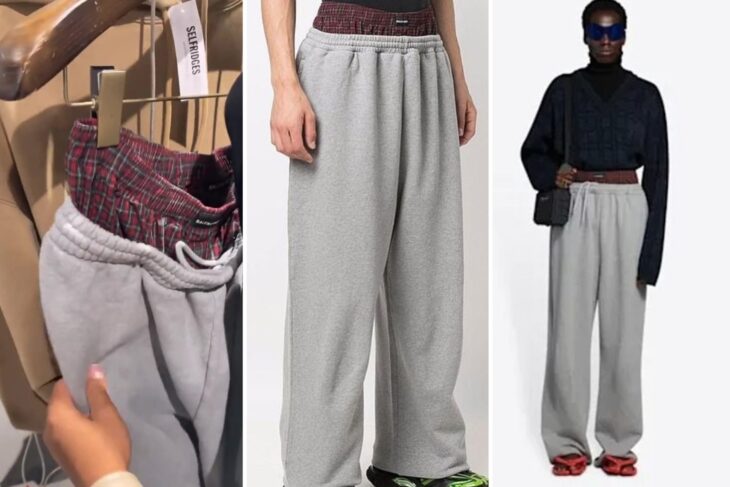 Balenciaga caused quite a bit of controversy when he released these sweatpants with a faux boxer brief sewn into the waist area. Social network users described the brand as “racist” and accused it of “cultural appropriation” for profiting from the style saggypopularized by African-American youth.

Jul 1, 2022
The latest test of a US hypersonic weapon failed after an "anomaly" occurred during the first test run of the…
Prev Next 1 of 15,378
More Stories