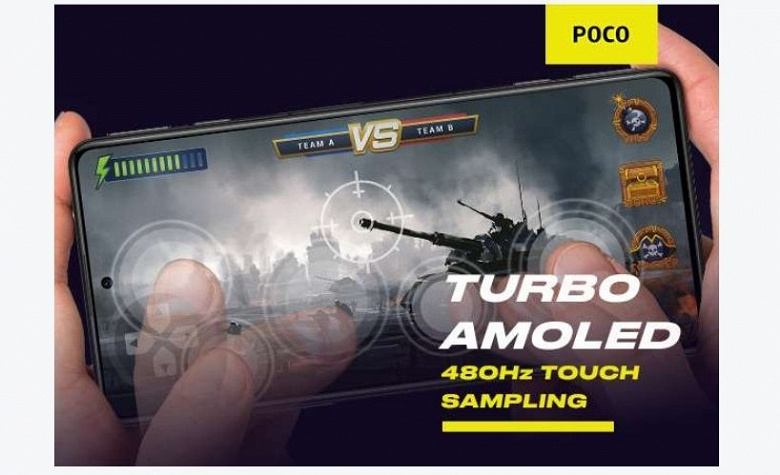 Poco has released a new image of its upcoming Poco F3 GT smartphone, stating that the company is targeting mobile gaming fans as its screen supports a high sampling rate of 480Hz touch layer.

The manufacturer added that such a screen offers gamers a smoother and more accurate response compared to traditional displays that feature a 180Hz sampling layer. It was also announced earlier that the screen will support 120Hz refresh rate. The 6.67-inch Full HD + AMOLED panel supports 10-bit color depth and high dynamic range.

The Poco F3 GT smartphone will receive a MediaTek Dimensity 1200 single-chip system, an aluminum frame and magnetic Maglev buttons, support for Dolby Atmos and stereo speakers. It will run Android 11 operating system with MIUI 12.5 interface from a 5000 mAh battery. The main camera is expected to use image sensors with a resolution of 64, 8 and 2 megapixels.

Varosia: France on the side of Cyprus after the Turkish provocations