And how is your family? Well … With a band and all parents celebrate their son’s first day of school

We have to admit that all moms are excited about our offspring’s first day of school, that’s why we take countless photos and share them on social networks, but it is also a very difficult day for both of us. On the one hand, they believe that we will abandon them forever and on the other, we feel incomplete. However, for this family from Delhi, India, the first day is a cause for celebration.

The whole family attended to drop off the little one at school and they did not do it alone, they brought several musicians to sing to the child and, incidentally, wish him luck in his new stage as a student. This is how they celebrated that their son would go to class.

If it weren’t for the family wearing typical Delhi clothing, anyone would think it was from a region in Sinaloa, Mexico. But no, this is a small family that just likes to party.

A Twitter user was the one who captured on video the moment when a family arrived at school with everything and a musical band to wish the little one luck on his first day of school.

Delhi is so strange. This family brought a band to say goodbye to their son on his first day of school. 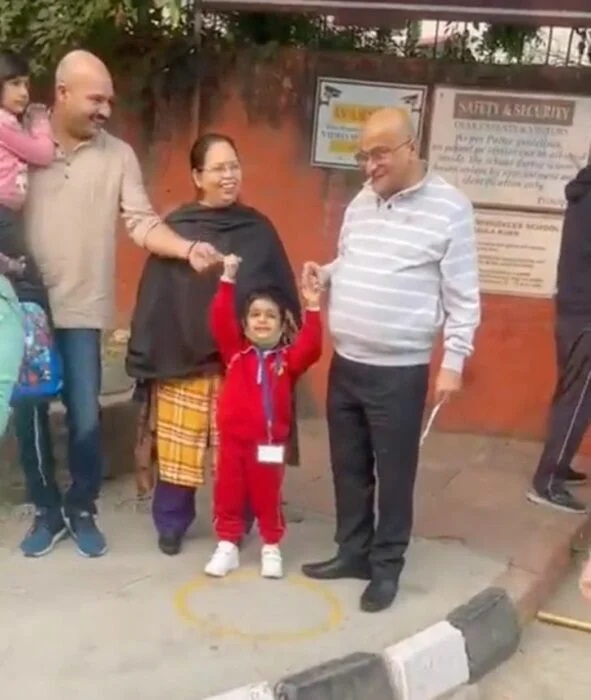 The school where it all happened is Springdales School, one of the most sought-after in Delhi and also one of the best in the English language run by the Springdales Educational Society. In fact, several of its graduates have excelled in the arts, business, science, as well as military and civil service.

Currently, the publication has more than ten thousand reactions and has been shared more than two thousand times, since everyone is commenting on the beauty of the situation, as they are motivating the child to attend school with all the happiness in the world.

Some of the comments mentioned that all schools should do the same, because this region already does. In various areas of India different festivals are held to celebrate students and wish them a good performance in their school journey. This particular ceremony is called Pravesanolsavam and we agree that it is great and very motivating.

Artificial blood: the US invests in production that can revolutionize our lives

Meet people who live inside planes