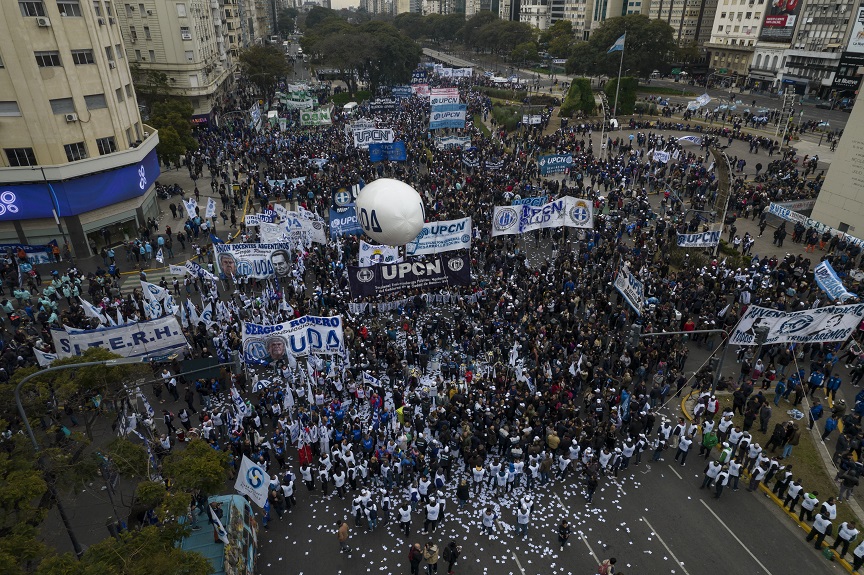 Thousands protesters they marched yesterday Wednesday (17/8) on its streets Buenos Airesdemanding from its government Argentinian to raise wages and unemployment benefits dissipated by its wave accuracy and the weakening of the national currency.

Due to the economic crisis, 40% of the population has plunged into povertywhile the center-left president Alberto Fernandez is struggling to find solutions to contain inflation that reaches 70% on an annual basis.

Beating drums and waving flags of trade unions and left-wing organizations, the demonstrators paralyzed traffic on central avenues of the capital and reached Congress and the presidential palace.

The protesters demanded wage increases in line with inflation, as well as more social spending to ease the suffering caused by the economic crisis. According to official data, 80% of citizens have drastically changed their consumption habits due to inflation.

“We cannot continue with such levels of inflation, every day we lose part of our salary”stated Pablo Moyanohead of the CGT trade union confederation (the largest in Argentina) and former president of the popular football team of Aveyaneda, Independent.

Market appreciations are daily, reflecting galloping inflation, which last month alone increased by 7.4%. It was the largest monthly increase in two decades.

“There are no jobs, wages are not enough and there are constant price increases,” said Ramon Luque, head of a union representing workers in the paper industry.