Austria is the first in the EU to introduce compulsory vaccination

The measure will take effect from February 1, on Thursday it passes through Parliament, where the result is prescribed. The law provides for three phases and exceptions. 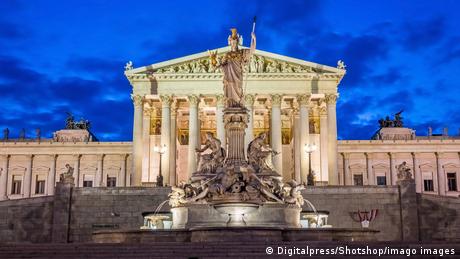 Mandatory vaccination has been a constant issue of controversy in Germany since the new three-party coalition government under Social Democrat Olaf Solz announced the measure. Apart from the fact that, when the relevant bill comes to the Parliament, the deputies can approve or reject it conscientiously and not on the basis of a party line, it is one of the few times that the legislative proposal will not come from the government, but from even German Health Minister Karl Lauterbach, although a fan of general compulsory vaccination as he reiterates at every opportunity, has said he will not table his own legislative proposal. arguing for the “required neutrality of a Minister of Health”.

The bill went through many waves

In Austria, however, the situation is simpler and the coalition government of Christian Democrats and Greens is planning a general mandatory vaccination from the beginning of February for 7.4 million adult citizens. And because a bill is never passed with the same content as it is submitted to the Parliament, many additions and changes were made, so that next Thursday, 20.01 it will be put to a vote in the Parliament. “As planned, we will decide on compulsory vaccination,” said Austrian Chancellor Carl Nehamer, stressing that the issue was “very sensitive” and “serious concerns” had been raised. Nehamer also said something very important, that in this process there was a constructive cooperation with part of the opposition and thanked the leaders of the Austrian Social Democratic Party and the liberal NEOS in contrast to the far-right FPO party which rejects the measure with disgust and disgrace. . But what does the amended bill provide?

In contrast to the original, the vaccination obligation will apply from the age of 18 and will be implemented in three phases, as explained by the Ministers of Health and the Constitution. In the first, each household will be informed in writing and from March 16, each violation will be recorded as a “control offense”, ie the police will conduct sample checks of the vaccination regime, as is done, for example, in road traffic and will record any violations. In a second phase, anyone who is not vaccinated is required to pay a fine of up to 600 euros. If he does not pay or file an objection, then a regular procedure is initiated, as in the infringements of the K.O.K., which can lead the offender to a fine of up to 3,600 euros depending on his income situation. Such a fine may not be imposed more than 4 times a year.

In the third phase, the government sets a date on which each unvaccinated person receives a letter reminding them of their obligation to be vaccinated. Who they are is clear from the electronic vaccination register that Germany does not want to adopt. In Austria it has existed since 2020 and is currently supplemented with the names of citizens who reside in the country but do not have an AMKA. Because the management company has not completed the process, it cannot be used from the first phase. Anyone who remains unvaccinated on this date is involved in an automated procedure at national level, provided for by Austrian law, which imposes sanctions, usually a fine, without further ado. It is important to note, however, that an assessment by the government is foreseen before this phase, if epidemiologically mandatory compulsory vaccination continues to be considered necessary as well as another parliamentary decision. The draft law also provides for exceptions. These are pregnant women and people who, for special health reasons, which are explicitly mentioned, cannot be vaccinated.

The relevant certificate is issued by a doctor of health services, and not by the family doctor. The draft law also leaves a window for the Minister of Health, who has the ability to determine or adjust vaccination intervals or vaccines by ministerial decision. Austrian Health Minister Wolfgang Mikstein, the same doctor, said he would consider solutions for those relatively many who live in the country and have been vaccinated with Russian Sputnik, which has not been licensed in the EU. in Austria 7.4 million out of a population of 8.9 million need to be vaccinated. Of these, 5.78 million are fully vaccinated. The rest do not have a valid vaccination certificate or have expired.

At the same time, Germany still has a long way to go before it can decide on compulsory vaccination. Mostly Liberal MPs who oppose the measure, feel that they are now justified. “Omicron is changing the rules of the game,” FDP parliamentary secretary Stephen Tome told the Suddeutsche Zeitung today. “It is not time to take such harsh measures, just to show readiness for action, but we must do the right thing at the right time.” Bix made it clear that the body would have to reconsider its recommendation last December for an extended vaccination requirement. does not seem to be achieving the target of the vaccination obligation coming into force in late February-early March. Its Austrian neighbors will overtake it.

Coronavirus: The first genetic factors that increase the chance of losing smell or taste have been discovered

Eurovision: Kalush Orchestra returns to Ukraine – Pictures from the reception

Pope Francis: He found a “cure” for leg pain – Asked for tequila…

Clarence May 16, 2022 0
The singer Dua Lipa announced that he will pass through São Paulo with his tour Future Nostalgia Tour on the…

May 16, 2022
French President Emmanuel Macron chose Labor Minister Elisabeth Borne as his new prime minister on Monday as he…

Full of nostalgia! This was the return of the Backstreet Boys to…

Ukrainian schools have “Russification” of educational…

Russian military satellite to be fired into the atmosphere…