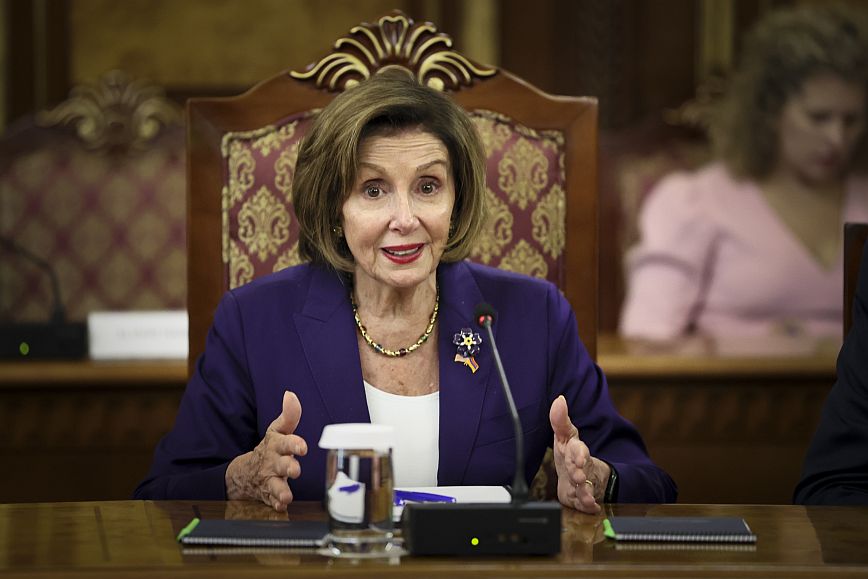 US House Speaker Nancy Pelosi, who is visiting Armenia, today strongly condemned what she called Azerbaijan’s “illegal” attacks on Armenia, using her visit to ally Russia to pledge American support. to the national sovereignty of Armenia.

Pelosi pointed out that her visit to Armenia is of particular importance after “Azerbaijan’s illegal and murderous attacks on Armenian soil” that caused clashes on the border of the two countries and left more than 200 dead.

We unequivocally condemn these attacks, she emphasized, noting that the clashes were started by the Azeris and this must be understood.

Pelosi, who drew China’s ire with her visit to Taiwan last month, also commented that the US should use its influence and power to show that Armenia’s sovereignty is a priority.

Her comments provoked an unusually angry reaction from Baku, which announced that Pelosi was endangering peace in the Caucasus.

Pelosi’s unsubstantiated and unfair accusations against Azerbaijan are unacceptable, the State Department said in a statement.

This is a serious blow to efforts to normalize Armenia-Azerbaijan relations, the ministry notes, calling Pelosi’s comments “Armenian propaganda.”

Azerbaijan has reiterated its position that the clashes are the result of a “large-scale military provocation” by Armenia, a narrative that Yerevan rejects.

“Currently the ceasefire is being observed and escalation of tension has been avoided,” Azerbaijan said, adding that Pelosi’s comments were an attempt to appease Armenian-Americans ahead of the US midterm elections.

“It is unacceptable to transfer the internal political intrigues of the American agenda and lobby interests to the South Caucasus region through Armenia,” Azerbaijan announced, calling Pelosi’s comments dangerous.

“Such unilateral steps and baseless statements do not strengthen the fragile peace in the region, but on the contrary, escalate tensions,” concluded the Ministry of Foreign Affairs of Azerbaijan.

This kind of clear attribution of responsibility for the conflicts between the two countries exceeds the limits of what the American Foreign Ministry has so far publicly stated.