BMW nervously smokes on the sidelines. 5 luxury cars that attract with a monstrous radiator

Car manufacturers of premium cars have always paid attention not only to engine power and luxury in the cabin, but also to the appearance of their models. Recently, it has become fashionable to make large radiator grilles. A prime example is the new BMW models. Speech in particular about the 7th series – the traditional for the brand “nostrils” are simply huge. However, other companies from the luxury segment do not even think to lag behind and fully support this trend.

To create the Mercedes-Maybach GLS, they took the standard Mercedes GLS model as a basis – however, only the dimensions and body contours remained from it. The main visual difference is the large chrome grille that has become the hallmark of this version. The rear fenders have also been widened to complement the swept lights. On the sides there are retractable footrests for easier boarding. Inside, of course, luxurious leather and wood trim. All seats are heated, electrically adjustable and massage. Cup holders can cool and heat drinks. 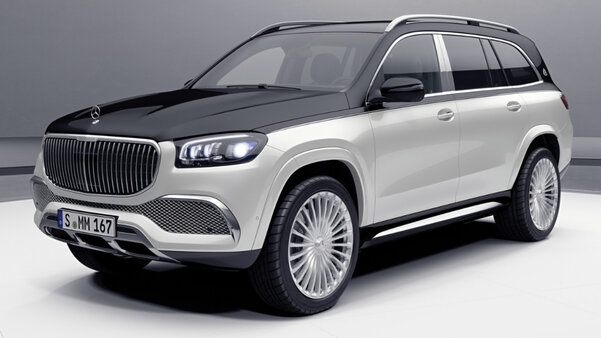 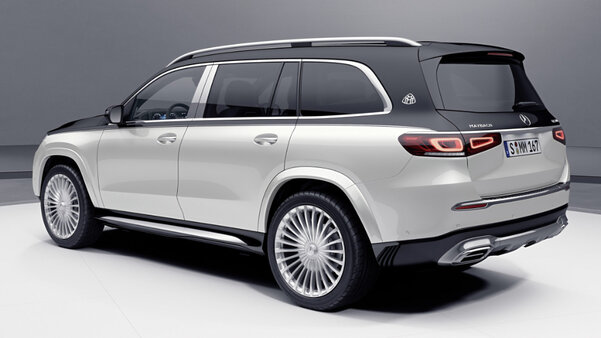 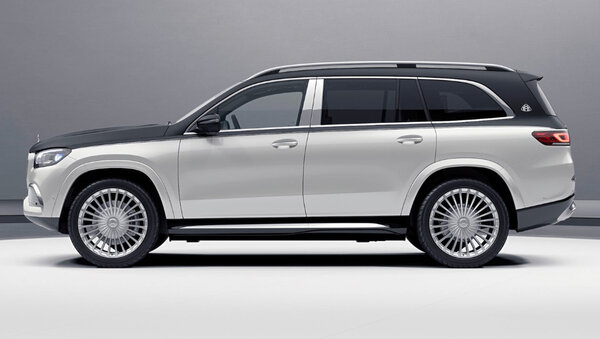 There are two separate seats at the back, in front of each of which there is a monitor of the multimedia system. The front display from it is integrated into a block with a digital dashboard. It is possible to project data onto the windshield. Most of the controls with various functions are located on the steering wheel. The driving performance of the car is also at a height – a four-liter V8 engine with 557 horsepower and an automatic nine-speed gearbox can accelerate to 250 kilometers per hour. At the same time, the suspension scans the road and automatically adjusts for bumps. A very cool machine. 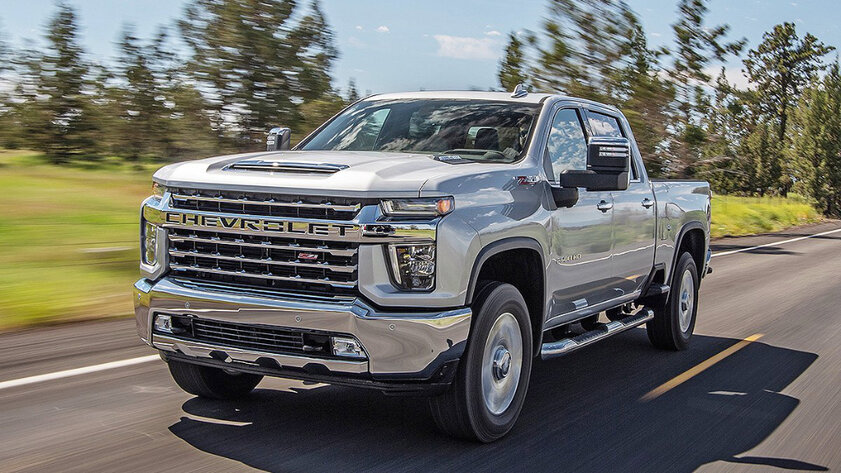 The pickups of this series initially had many modifications. You can choose between engines of different power, transmissions, interior equipment and even the size of the cab. However, the appearance has remained unchanged until recently. Everything changed in 2020 – then the public was presented with a new design of the luxury version. Almost the entire space in front was occupied by a chrome-plated radiator grill with prominent massive rods. It is divided into two unequal parts by a horizontal strip with the name of the company. This gave the car an aggressive appearance, as if emphasizing the main purpose of the pickup – the transportation of goods even off-road. 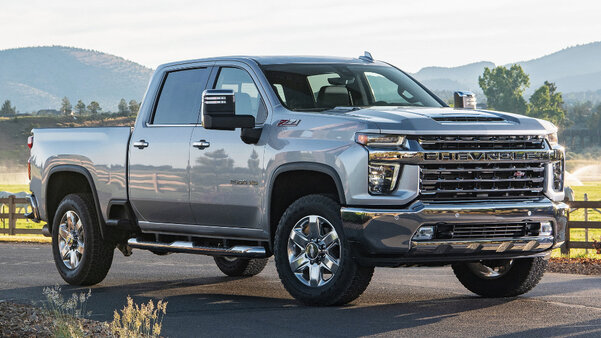 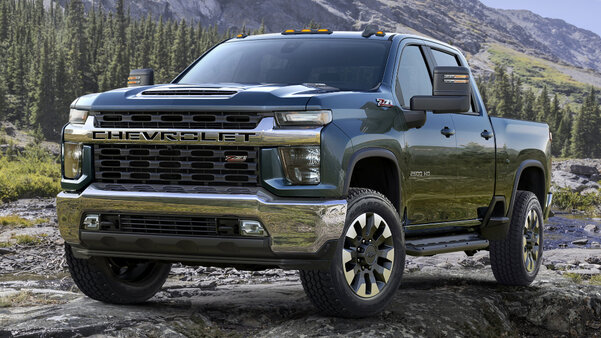 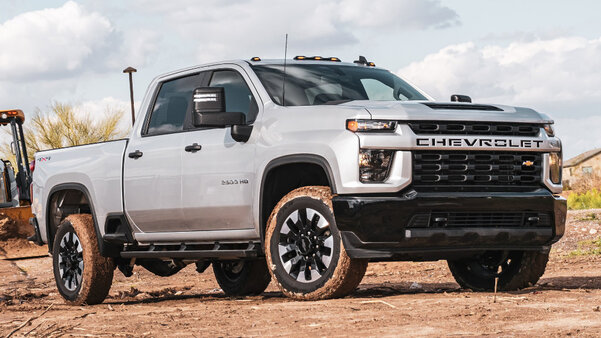 The interior decoration is made in the same style – large structural elements, spacious armchairs and no minimalism. The car is quite comfortable – it is equipped with the latest technology. There is a multimedia system with Internet access that supports Apple and Google services. In addition to the two mandatory parking cameras, you can install additional ones for a circular view. Safety features also command respect: pedestrian tracking, collision and lane departure warnings, cross-traffic and blind spot monitoring, and automatic emergency braking.

Elon Musk continues to grow rich rapidly. His fortune is $… 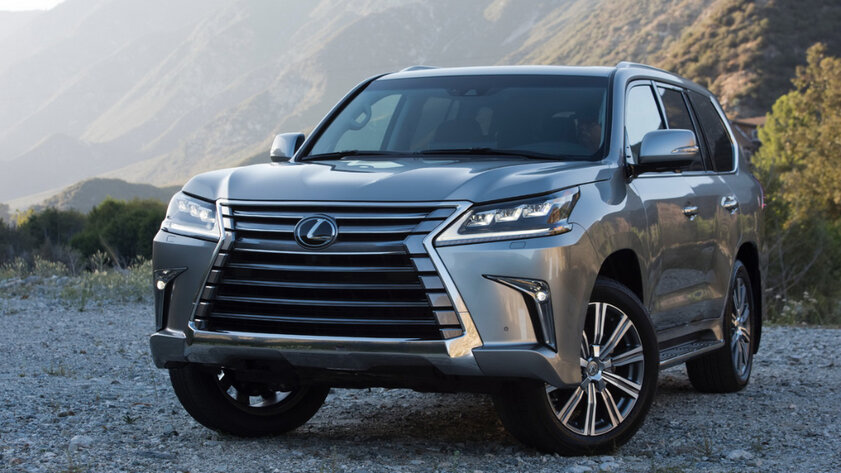 A full-fledged premium SUV is distinguished by a massive radiator grille with triangular cutouts on both sides – it is carried forward on the headlight axle and looks very stylish. The designers managed to find a compromise between elegance and aggressiveness. However, the car captivates not only in appearance. The expectedly luxurious interior with leather and wood trim is spacious enough. The devices are made in a classic style – they have kept the classic hands. A large 12.3-inch touchscreen is located in the central part of the front panel, and monitors are provided for the rear passengers. In addition, they have separate climate control for the left and right side. In addition, the seats are equipped with heating and ventilation, with the help of an electric drive, they can be moved and moved as well as the height. 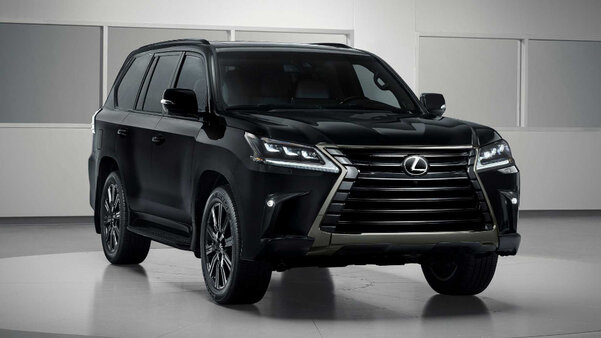 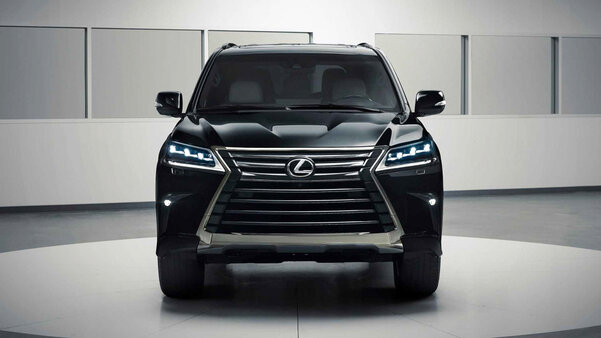 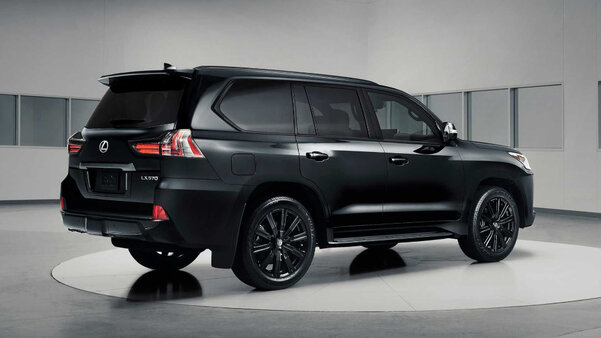 Driving is a pleasure – the smart eight-speed automatic transmission provides virtually imperceptible shifting during smooth acceleration, and downshifts during dynamic acceleration to quickly add revs. There are also many options for adjusting the suspension – change the stiffness, the height of the front and rear, or ground clearance in general. In landing mode, the body is lowered as low as possible.

Massive radiator grilles are used not only in SUVs 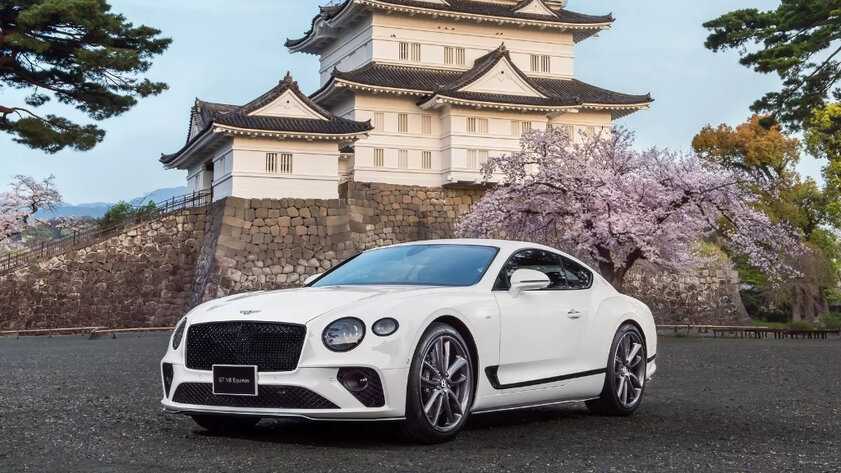 The first version of this elite car appeared back in 2003. Later versions were refined both in terms of running characteristics and in appearance – in particular, their radiator grille increased in size. From this, the car began to look not only more sporty, but also more presentable. Actually, the distinctive feature of this model is a balanced combination of speed and luxury. The interior of the two-door coupe is divided in half by the floor tunnel, so that it is designed for a maximum of four. At the same time, both the driver and each of the passengers have enough space in abundance. 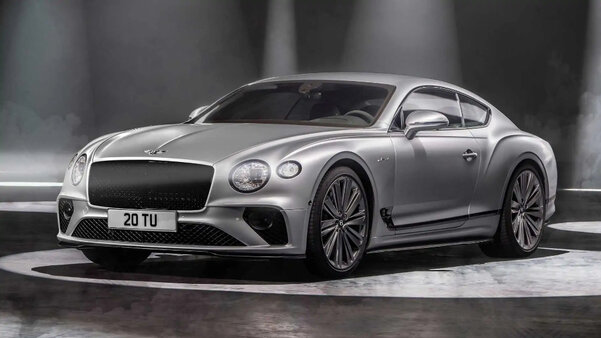 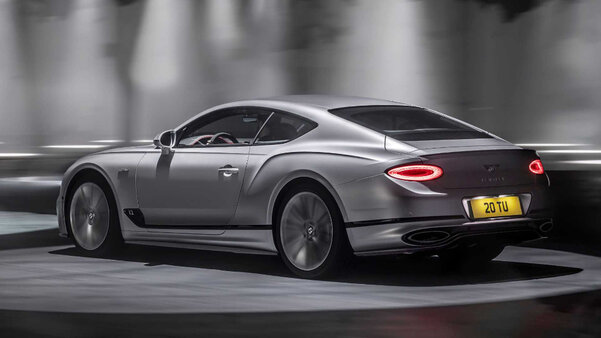 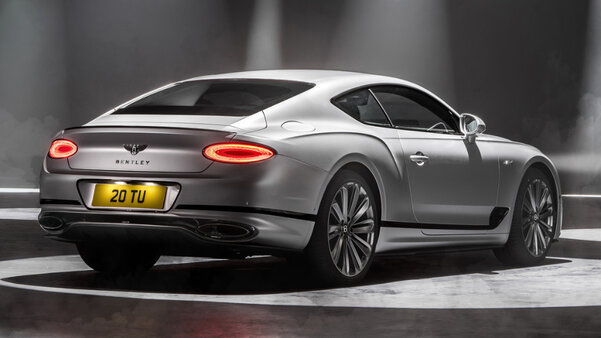 The rich interior is on par with luxury sedans and SUVs, and the Bentley Continental GT is far superior in speed and handling. 12 cylinders W-shaped engine, 2 turbochargers and an intercooler allow you to reach speeds of up to 326 kilometers per hour. The advanced automatic transmission is similar in dynamics to a manual transmission, but retains the characteristic smoothness of shifting. Four-wheel drive gives stability on the road, and the computer at high-speed mode adjusts the suspension stiffness and reduces the ground clearance. By the way, during normal driving, the electronics maintains it in a fixed position, regardless of the load. And this is not all the capabilities of the intelligent on-board system.

A reimagined classic with the most aggressive look 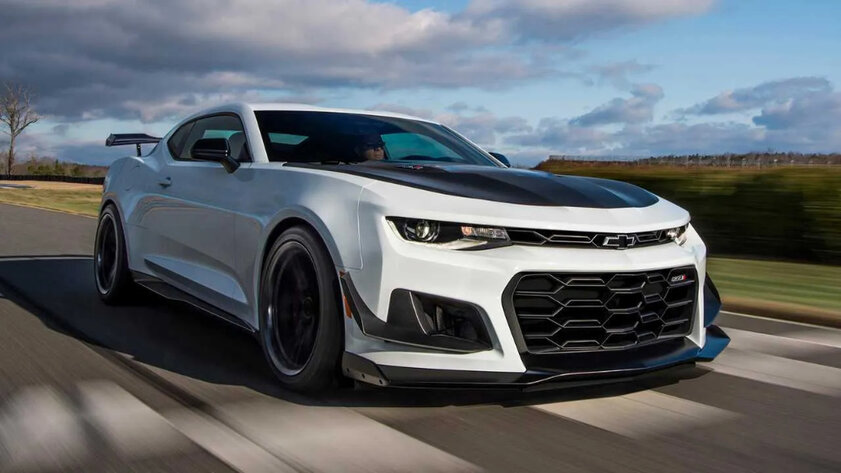 The car belongs to the sixth generation Chevrolet Camaro, and the ZL1 index means exclusively sports orientation. Even in appearance, this version differs from the base model. It has a more aerodynamic shape, an enlarged spoiler and splitter, flared wheel arches and a massive radiator grille that gives the sports car a predatory look. But this is not so much a design move as a technical necessity. The heat exchange system is thought out to the smallest detail, so that the engine does not overheat even at extreme conditions. V-shaped eight with a volume of 6.2 liters accelerates the car from zero to hundred in 3.5 seconds, and the maximum speed reaches 330 kilometers per hour. A 10-position automatic transmission is responsible for gear shifting (it is also possible to install a 6-speed “mechanics”). 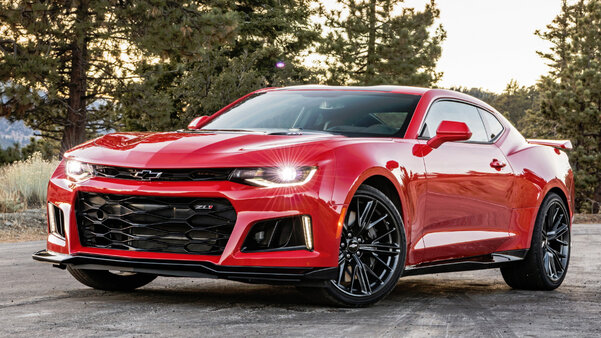 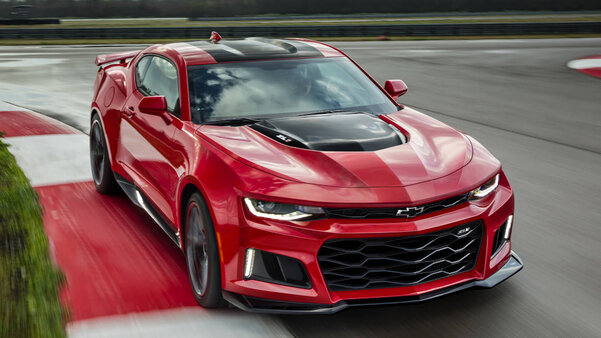 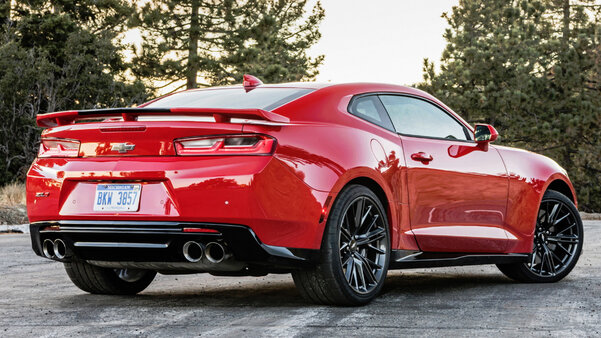 Enhanced hydraulics of the braking system helps to stop the speed monster. The suspension is also sporty with adjustable shock absorbers. The salon also speaks about the racing destination. The driver feels as comfortable as possible – he has an ergonomic multifunction steering wheel, easy-to-read instruments and a touchscreen display at his disposal. You can also take passengers, but those who find themselves in a narrow back seat with minimal legroom are not to be envied.

Queen Elizabeth is back to work, how nice to see her again!

Xbox Series consoles are in high demand even in the Sony PlayStation home market.…

Without reading these 10 books, I could not be called a fan of modern science…

Oct 16, 2021
A year ago, History professor Samuel Patti beheaded by a young Chechen Islamist for showing sketches of Muhammad…
Prev Next 1 of 5,413
More Stories

Windows 11 has lost one issue with Ryzen processors.…