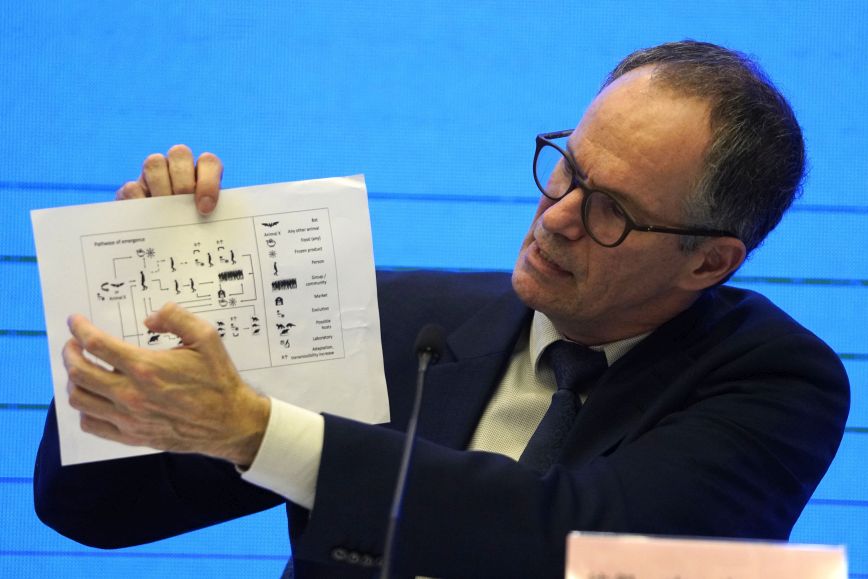 China today rejected his proposal World Health Organization to proceed with a second phase of the investigation into the origin of the new coronavirus in the Asian country where the first cases of covid-19 were identified at the end of 2019.

WHO Head of the Center, Adanom Gebregesus, suggested last week that a second phase of research be conducted into Uhan’s laboratories and markets, and called on the Chinese authorities to show transparency.

The proposal is “a lack of respect for common sense and arrogance towards science,” said Zheng Ying, Chinese Undersecretary of Health to journalists.

Zeng said he was surprised to read the WHO plan for the first time, citing a possible breach of protocol in a Chinese laboratory as a possible source of the coronavirus.

Tentros had earlier in July pointed out that investigations into the source of the covid-19 pandemic in China were hampered by a lack of data on the first days of the outbreak there.

Zeng reiterated Beijing’s position that some of the data could not be released in its entirety due to concerns about the protection of personal data.

“We hope the WHO will seriously review the studies and proposals of the Chinese experts, who are really dealing with the identification of the virus that caused covid-19 as a scientific issue, and avoid political interference,” the Chinese deputy minister said.

The first known cases of covid-19 occurred in the city of Wuhan in central China in December 2019. It is believed that the virus was transmitted from animals to humans which were sold live in a market in the city.

The theory of the origin of the coronavirus from a Chinese laboratory, which was supported by former US President Donald Trump, has returned to the forefront, although in the past it has not been considered valid by scientists.

In May, US President Joe Biden asked his advisers to find answers to the question of the origin of the coronavirus, noting that the US intelligence services are examining conflicting theories, including the possibility of a laboratory accident in China.

One of the heads of the Wuhan Institute of Virology, Wu Zimming, assured today that there were “no leaks” or “accidents” in his laboratories.

On the contrary, the Chinese authorities and the country’s media often accuse Fort Detrick’s laboratory in the USA. The lab, located near Washington, D.C., is researching biological weapons terrorism.

Zheng and other experts and officials from China have called on the WHO to expand its search for the coronavirus to other countries.

“We believe that a laboratory leak is extremely unlikely and we do not need to invest more energy and effort in this direction,” said Liang Wangyan, the Chinese head of the joint WHO mission of experts. According to him, more studies should be done on animals, especially in countries with large populations of bats.

An indestructible smartphone with a 13,200 mAh battery, NFC, IP69K and Ulefone Power Armor 13 quad camera is released on July 26