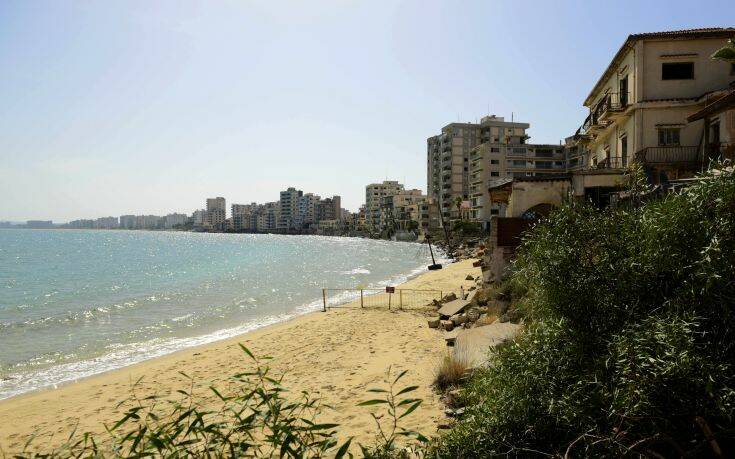 Developments in relation to its enclosed area Famagusta, after yesterday announcements of the Turkish side for regime change part of the enclosed city of Famagusta, at the same time urging those Greek Cypriots who wish to appeal to the so-called Commission, the National Council of Of Cyprus, which met under the President of the Republic of Cyprus, Nikos Anastasiadis.

The National Council was informed by the President of the Republic and the Minister of Foreign Affairs about everything steps which is carried out by the Republic of Cyprus, while an exchange of views took place and proposals were submitted by the parties for ways of further reaction which the Government will study, according to the APE MPE.

A relevant announcement states that the National Council repeated the common position that the change of status of part of the enclosed area of ​​Famagusta from military to civilian use, “is gross violation of the relevant UN Security Council resolutions, in particular resolutions 550 (1984) and 789 (1992) which call for the immediate transfer of the area under United Nations administration. These announcements crucially affect the prospects for the resumption of negotiations to reach a comprehensive settlement on the basis of United Nations resolutions on Cyprus, international law, principles and values ​​of the European Union.

The National Council notes that Turkey’s aim with the new announcements is to further promote its plans for finalization of the division.

Without ignoring the principle that respect for the individual right to property is a given and that no one can prevent the exercise of this right, the National Council notes that in the event of recourse to the so-called Commission they become pregnant serious risks in relation to Turkey’s targets.

The criticality of the moments imposes solidarity and solidarity. The National Council calls on unity in the effort to confront the new dichotomous methods of Turkey “, the announcement concludes.