Cyprus: Shortly after 15:00 Recep Tayyip Erdogan in the Occupied Territories 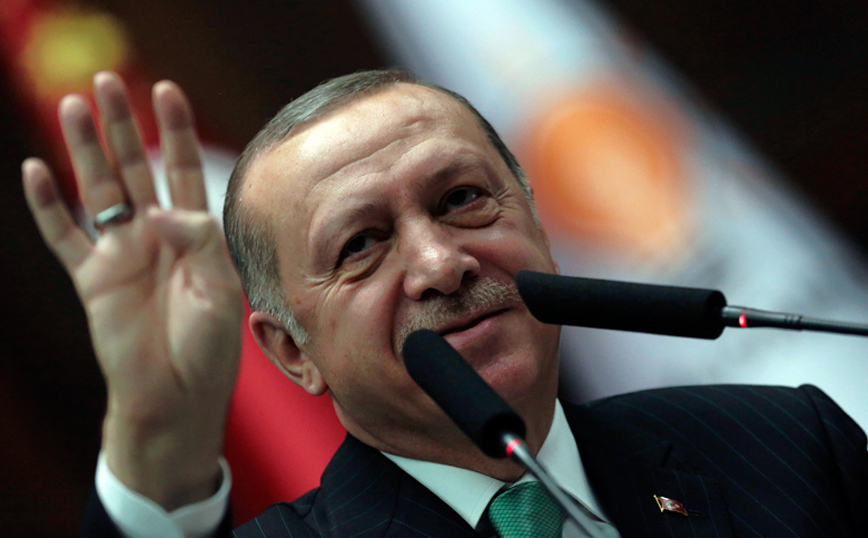 An hour later, the special session of the so-called “Parliament” will take place, which he will address announcing “the good news”, as he had stated a few days ago.

At the time of the Turkish President’s speech in the “Parliament”, the National Unity Party and the Renaissance Party have invited their supporters to a rally outside it. Giant screens will be placed for the gathered people, through which Erdogan’s speech will be broadcast live.

Based on what has become known from the Turkish Cypriot media, the Recep Tayyip Erdogan, after his speech in the “Parliament”, is scheduled to attend a short meeting at the “Presidential” and then, in the afternoon, to go to Bujuk Khan where he will have a meeting with young people, as did the Turkish Vice President, Fuat Oktay. .

Recep Tayyip Erdogan’s meeting with Turkish Cypriot leader Ersin Tatar will discuss the latest developments in the eastern Mediterranean and the full range of Turkey-pseudo-state relations. The Turkish President and the Turkish Cypriot leader will attend a mass ceremony for the inauguration of infrastructure projects that have been completed in the Occupied Territories.

In the evening, Mr. Erdogan will announce, together with Mr. Tatar, the start of the friendly football match of “celebrities” within the framework of the “International Festival of Culture and Sports of Northern Cyprus”.

Zoom, which took off during the pandemic, buys cloud startup for almost $ 15 billion