A record of a month and a record of a year from e-EFKA in the issuance of pensions is recorded in the report “ATLAS” for the month of October 2021. Specifically, within a month, 21,339 retirement decisions were issued, which is a record of three years. At the same time, the total issuance of new retirement decisions from the beginning of the year until October is estimated at 176,167 and is expected to exceed 200,000 by the end of December. 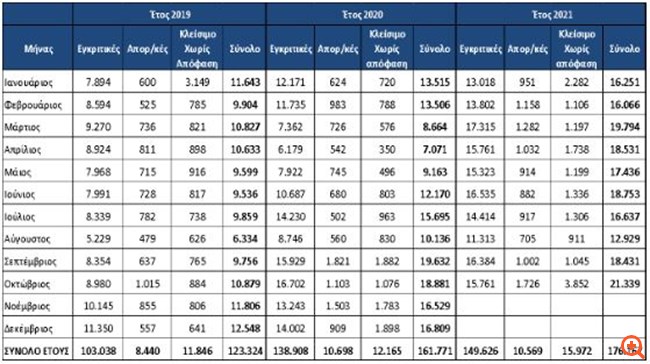 Reduction of stock of outstanding pensions

These two performances justify the significant de-escalation observed in the stock of overdue main pensions as these, during the same month, are estimated at 92,180 from 141,509 a year ago. It is worth noting that out of the 92,180 cases of insured persons awaiting the issuance of their pension, approximately 50,000 of them receive either a temporary or an advance payment of a pension. The remaining approximately 42,000 insured are cases where either they have not applied for a temporary or advance payment of pension or owe insurance contributions above the limit of 6,000 euros for farmers or 20,000 euros for self-employed and their applications can not proceed or have some other reason. E-EFKA is in the process of cross-checking data in order to capture the exact number of insured who owe more than the limits provided by law. 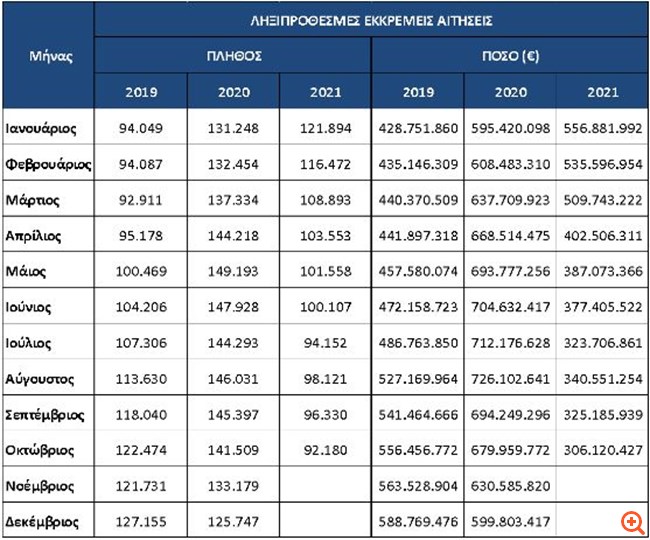 In addition, the outstanding main pensions that have not yet become overdue according to international standards, ie their issuance is delayed from one day to 90 days, are estimated at 30,348 from 33,874 a year ago.

Derek Black Jan 21, 2022 0
Ukrainian President Volodymyr Zelensky, in an interview with the Washington Post, said that Russia could try to…

With half of the team infected by Covid-19, Adele cries when canceling…

Jan 21, 2022
Singer Adele published this Thursday (20) a video crying on her social networks, where she announces that she…

Erdogan wants the role of mediator between Russia and Ukraine

Jan 21, 2022
A military conflict between Russia and Of Ukraine would amount to a "serious breach" of peace in the region and…

Jan 21, 2022
An air strike in Yemen killed dozens of people on Friday (21). In information sent to Reuters, the organization…

Tunisia: Shipwreck with migrants, 4 dead among them and a 10-year-old

Jan 21, 2022
Four people drowned - including a girl - and seven are missing after the sinking of a boat carrying migrants off…
Prev Next 1 of 7,931
More Stories

Jim Cramer: Dogecoin holders may be in danger

The complexity of bitcoin mining has updated the maximum

DEX SundaeSwap launched on Cardano mainnet. Not everything…