EUR/USD plunges to two-decade lows around 0.9700 on risk aversion

The EUR/USD plummets below the 0.9800 figure, extending its losses towards the 0.9700 level, down 1.32% from its opening price, triggered by traders’ concern that Fed aggression will take a toll on the US economy. to a recession, while the UK announced a plan to lift stimulus from the economy.

EUR/USD is falling after hitting a daily high of 0.9851, but the factors mentioned above soured the sentiment. Therefore, the shared currency fell to a fresh 20-year low around 0.9700. At the time of writing, EUR/USD is trading around 0.9720.

On Wednesday, the US Fed raised the Federal Funds Rate (FFR) by 75 basis points, stressing that it will “keep it up” to control inflation. At the same meeting, Fed officials estimated that the FFR will likely end at 4.4%, meaning 125 basis points of rate hikes are pending.

In terms of data, the US global PMIs for September showed that the US economy is in contraction territory, but with some improvement. The Manufacturing PMI expanded to 51.8, above forecasts, while the Services and Composite indices improved but fell short of expansionary territory.

Earlier, S&P Global reported Eurozone PMIs, which persisted in recession territory, undercut by German PMIs. Eurozone manufacturing and services PMIs were lower than the previous reading; consequently, the composite index fell to 48.2, below the latest reading, below estimates.

However, business activity grew along with the composite PMI in France, but manufacturing remained depressed. Earlier, ECB member Kazaks said he would support a 75 basis point rate hike, though he would not rule out a 50 basis point hike at the October meeting.

EUR/USD extended its losses towards the psychological level of 0.9700 to end the week down almost 3%. Although the euro’s decline has been rapid, the Relative Strength Index (RSI) is in bearish territory but not in oversold conditions, opening the door for further losses. A break below 0.9700 could pave the way for the September 2002 lows around 0.9601. 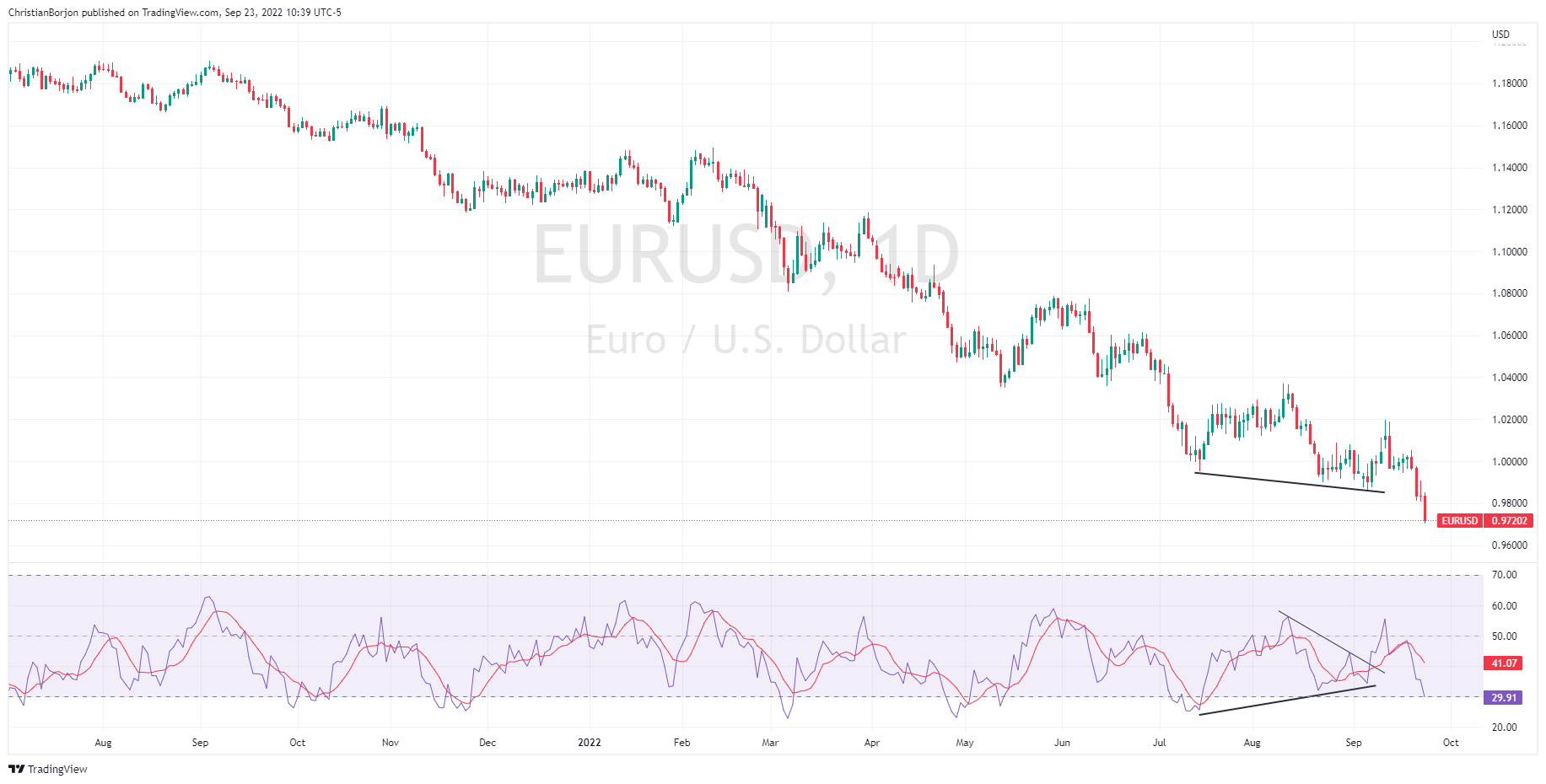