European Council: Calls on all countries to comply with EU sanctions against Russia 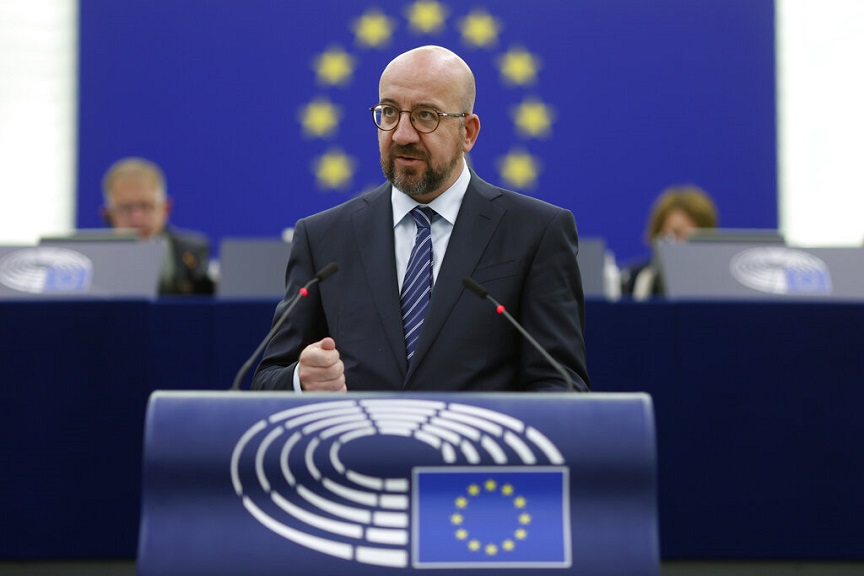 The European Council calls on all countries to align with sanctions of EU against Russiain particular the candidate countries, state its conclusions Summit.

Adoption of the sixth EU sanctions package further intensifies pressure on Russia to end war against Ukraine. Work will continue on sanctions, including to strengthen enforcement and prevent circumvention, it said.

Work should be completed quickly on the Council decision adding the infringement of the Union restrictive measures to the EU list of crimes.

Russia, using food as a weapon in its war against Ukraine, is solely responsible for the global food security crisis it has caused. The European Council urges Russia to immediately stop targeting agricultural facilities and grain removal and to lift the blockade of the Black Sea, in particular the port of Odessa, to allow grain exports and commercial shipping activities..

The European Council supports the efforts of the Secretary-General of the United Nations to this end. The European Council emphasizes that EU sanctions against Russia allow for the free movement of agricultural products and foodstuffs and the provision of humanitarian aid. The European Council strongly supports Solidarity Corridor efforts to facilitate food exports from Ukraine through various EU land routes and ports. Calls on the Commission and the Member States, in particular the FARM initiative and the United Nations and of the G7, to intensify their efforts:

The “27” strongly condemns Russia’s indiscriminate attacks on civilians and civilian infrastructure and urges Russia to immediately and unconditionally withdraw all its troops and military equipment from the entire territory of Ukraine, within its internationally recognized borders.. International humanitarian law, including the treatment of prisoners of war, must be respected. Ukrainians, especially children who have been forcibly removed to Russia, must be allowed to return safely immediately. Russia, Belarus and all those responsible for war crimes and other serious crimes will be held accountable for their actions in accordance with international law.

The European Union remains firmly committed to providing further military support to help Ukraine exercise its inherent right to self-defense against Russian aggression and to defend its territorial integrity and sovereignty.. To this end, the European Council calls on the Council to work rapidly to further increase military support.

The European Council notes that the Commission will soon present a proposal for the granting of new emergency macro-financial assistance to Ukraine, amounting to up to EUR 9 billion in 2022.. Calls on the Commission to promptly submit its proposals for EU support for the reconstruction of Ukraine, in consultation with international partners, organizations and experts.

After leaving ‘The House of Celebrities’, Niurka accuses the program of fraud