Fun turned misfortune is what a 25-year-old girl from England called Kerry Donaldson experienced after suffering serious spinal problems that prevented her from walking after developing an addiction to nitrous oxide, known as “the gas of laughter”.

In the wake of Kerry’s condition, experts have publicized the potential dangers of recreational use of nitrous oxide, a gaseous chemical compound typically used for anesthetic medications. 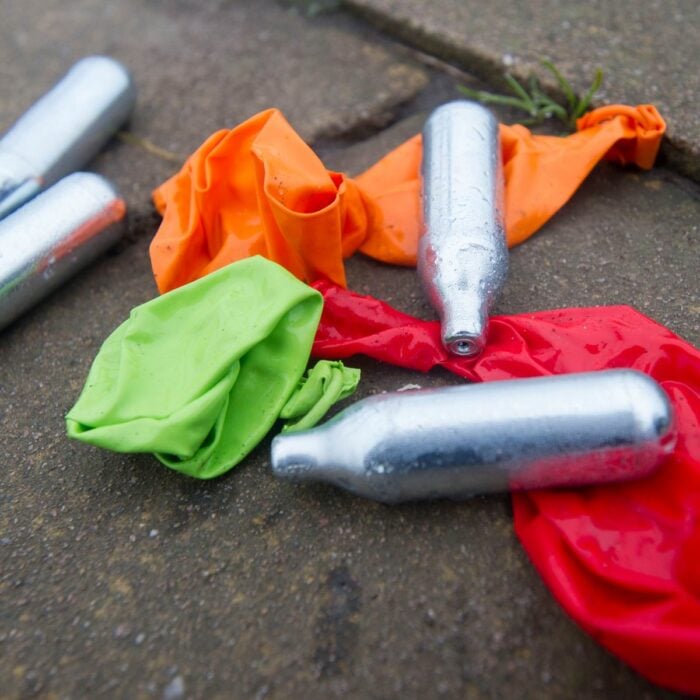 However, this gas is also used recreationally and can be consumed from objects such as balloons or directly from the cylinder. Also, it is often found in whipped cream packaging.

For her part, Kerry herself seeks to raise awareness by sharing her story and documenting her day-to-day life through social media in an attempt to ensure that no one else experiences her current situation. 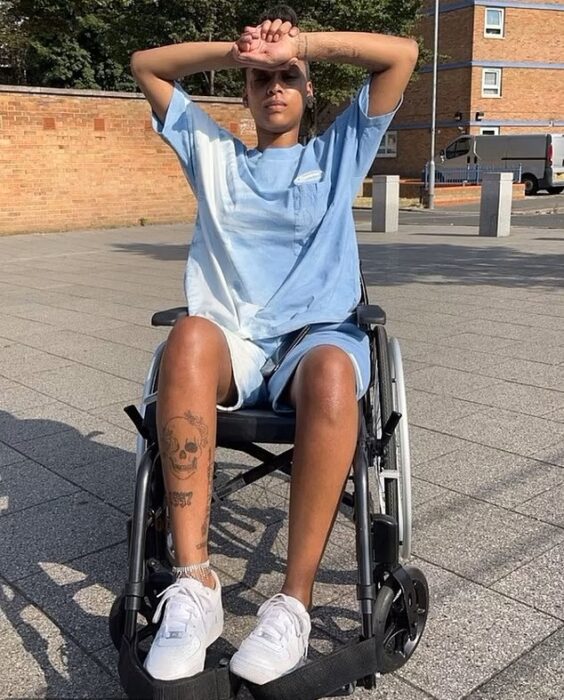 In an interview for the British newspaper TheTimes, The young woman, who before the devastating diagnosis worked as a receptionist, said that she began inhaling balloons with nitrous oxide at the age of 18 and increased her consumption at 20, consuming an average of 600 containers in a week.

I started using nitrous oxide about four or five years ago. He did it from time to time, usually on weekends. It was fashionable, everyone was doing it. 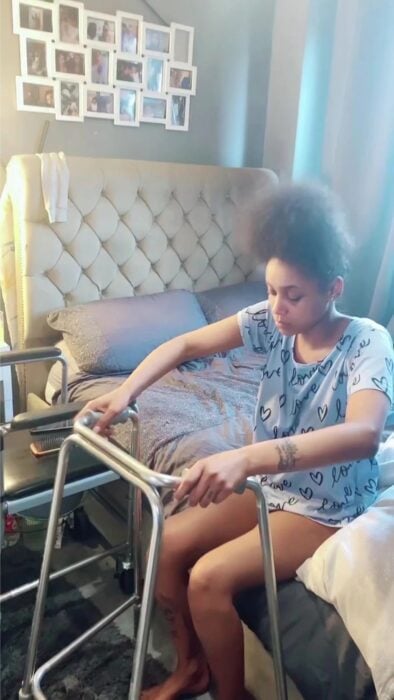 Little did the girl imagine that one morning she would wake up to find that she couldn’t stand up while experiencing tingling in her extremities. After going to the hospital, doctors informed him that her condition was due to nerve damage caused by nitrous oxide.

So he was prescribed vitamin B12 injections to help repair his nervous system. Shortly afterward, however, despite being aware of the damage caused by “laughing gas,” Kerry ignored doctors’ orders and continued to inhale large amounts of it. 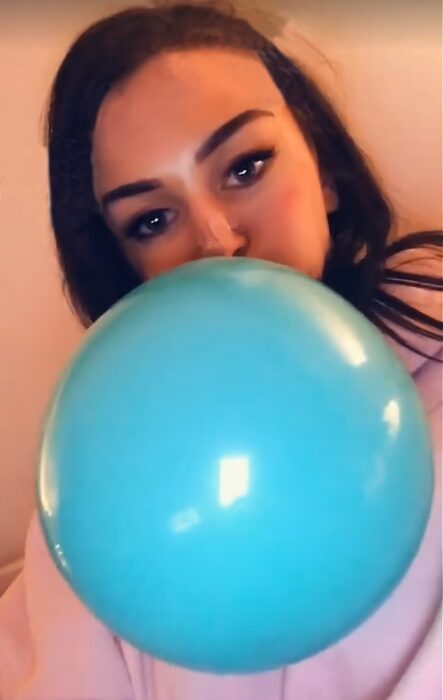 Not long after that, I began to lose feeling in my legs and hands. I went to the hospital and was very honest with the doctors about the use of nitrous oxide. My vitamin B12 levels were low.

In January 2022, Kerry was hospitalized and received the “depressing” news that her habit had caused a disc bulge in her lower spine, leaving her unable to walk. 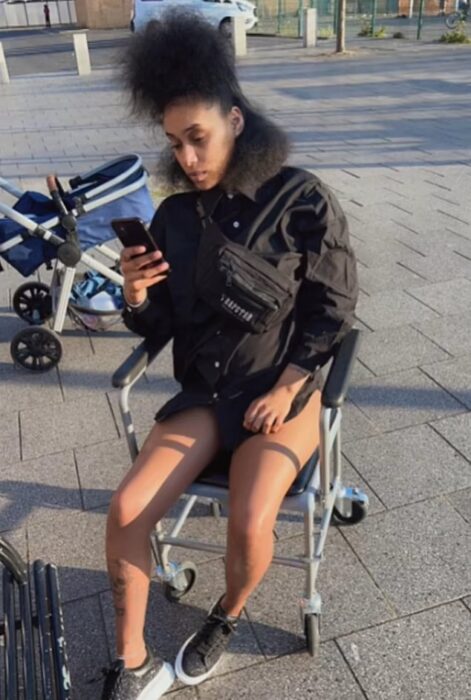 I understand that it was my fault. I didn’t know it would get to this point. I really didn’t understand the damage it could cause. I just thought it was kind of funny, I didn’t think it would hurt me. I had no education on the subject.

After the diagnosis and the deterioration of her health, the young woman spends her days prostrate in a wheelchair and depends on her family for 24-hour care.

What do the experts say? 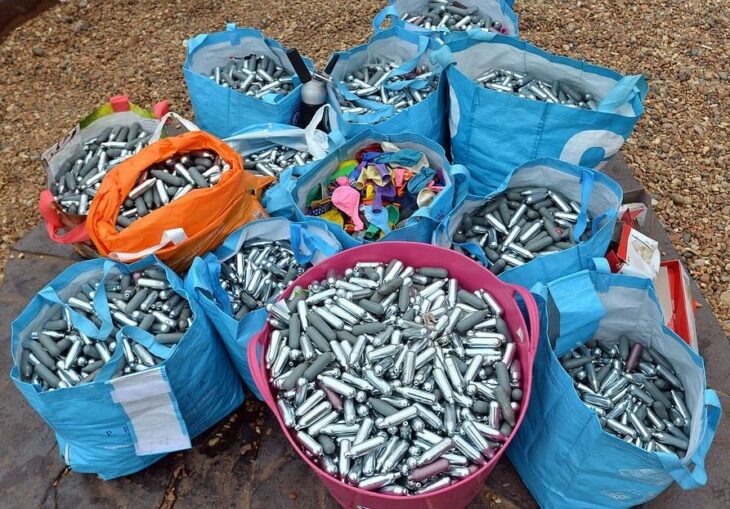 Experts report that there is a link between chronic nitrous oxide abuse and myelopathy or spinal cord damage due to a vitamin B12 deficiency, which can lead to muscle weakness and wasting.

In an interview for Cosmopolitan UKRoz Gittins, Director of Pharmacy at Humankind, a charity that offers drug and alcohol support services, spoke about the little-known side effects of nitrous oxide use. 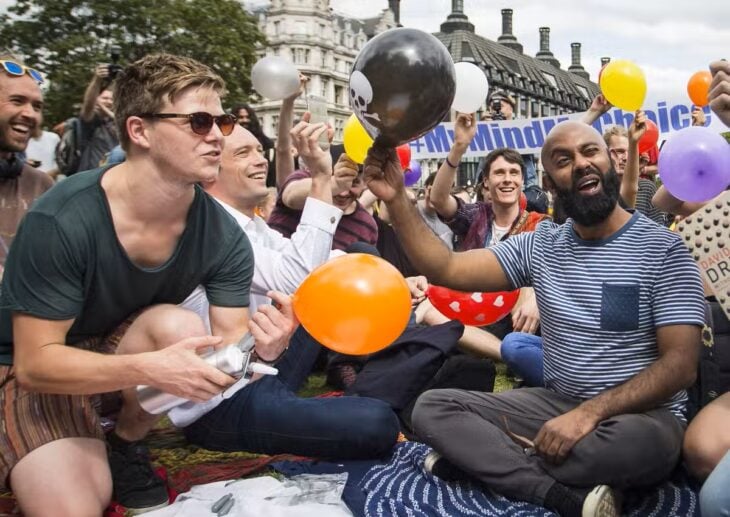 When people take nitrous oxide they can feel relaxed and calm. In addition, they can experience euphoria and fits of laughter, which is why it is called ‘laughing gas’. However, these effects don’t last long, so people may use it more often to feel this way, and can sometimes become addicted to it.

Negative side effects of recreational nitrous oxide inhalation also include a feeling of dizziness, which can lead to falls, headaches, and in extreme cases, hallucinations. 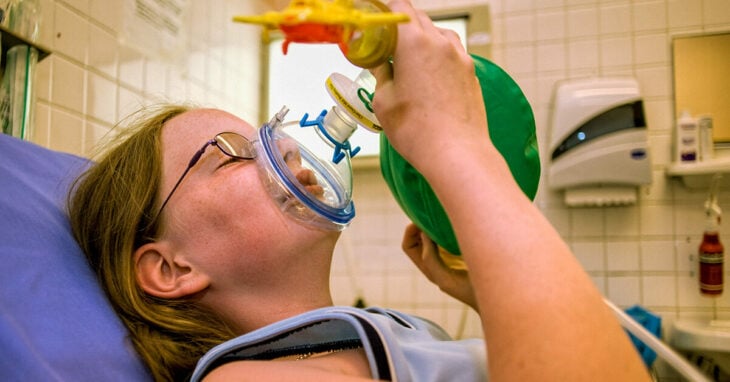 In addition, it can cause lung and throat damage, low blood pressure, heart attacks, fainting, and nerve damage. Finally, when consumed long-term, laughing gas increases the risk of depression and memory loss.

- Advertisement -
Share
Facebook
Twitter
Pinterest
WhatsApp
Previous article
Everything is good at home? Influencer asks for money to buy Gucci leashes for his dogs
Next article
Charles may have called for family unity in speech, says professor

Tafsir of the Quran