We never imagined that this moment would come, but finally… Paris Hilton got married! After canceling several engagements, the socialite surprised everyone by revealing that she had married businessman Carter Reum in an intimate and luxurious ceremony held at her late grandfather’s estate in Bel-Air, Los Angeles.

The event was packed with loads of luxuries, she wore a stunning and beautiful dress and of course she also had luxury guests, including Kim Kardashian, Emma Roberts and Ashley Benson. Here we leave you all the details of this unexpected event.

The hotel heiress surprised everyone when she announced that she had married through a post on her Instagram account. With the image, in which her impressive ring was seen and she covered her face with the veil, she took the opportunity to show off that she was happy about her marriage. 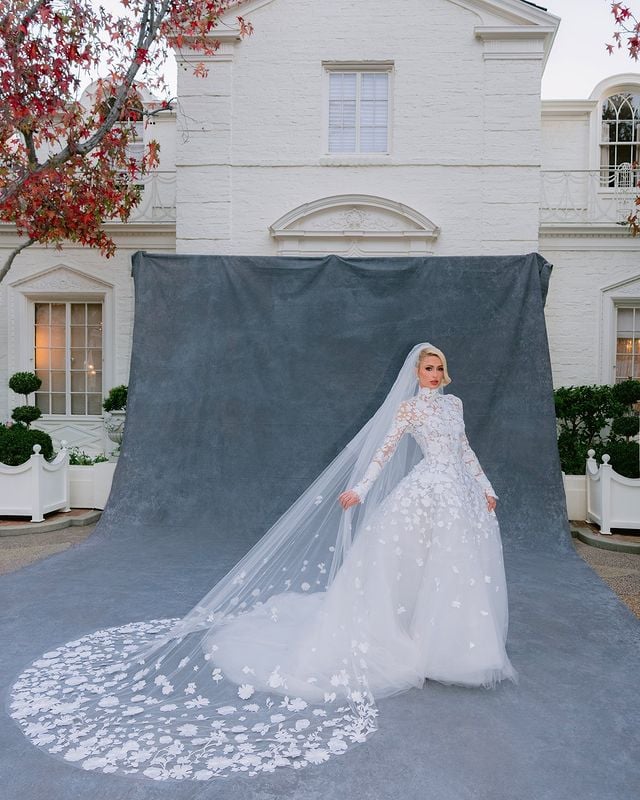 The dress, customized by Oscar de la Renta, was covered in bright floral applications, had lace and beautiful mesh sleeves that covered her hands, a style very similar to the one her sister chose for her wedding. Her blonde hair was styled into an elegant bun, with the curly bangs set sideways and loosely to frame her face. In addition, she decided to go for a makeup with a “natural” effect.

They were surrounded by many Hollywood stars 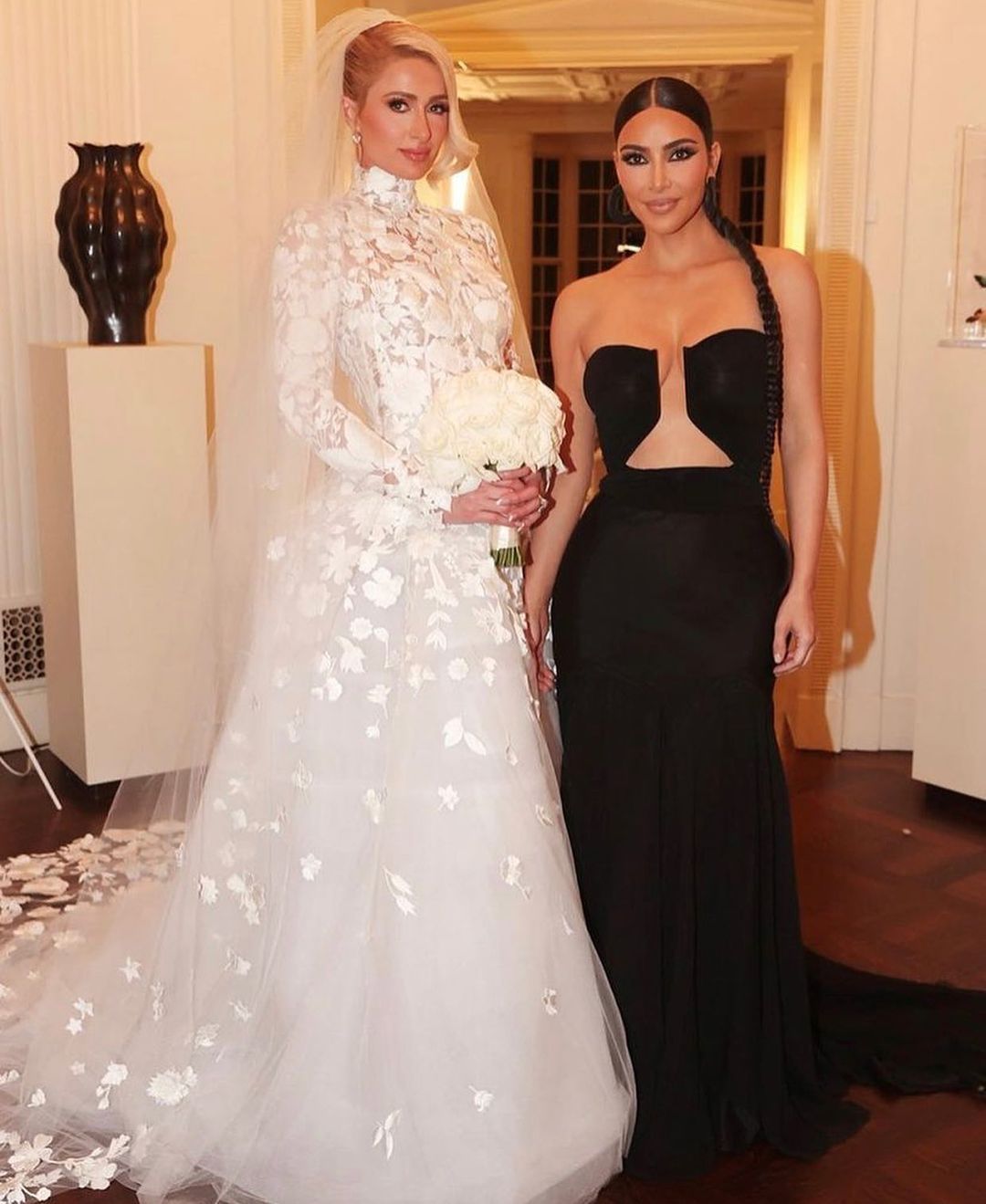 The couple announced their engagement in February after a year of happy relationship and, finally, on November 11, they saw their dream materialize in a wedding full of luxury and many celebrities. Paris gave the “yes, I do” in front of her friends, family and media stars such as Emma Roberts, Bebe Rexha, Paula Abdul, Demi Lovato and even Kim Kardashian, this time as her friend and not as her assistant, although well, she does many years since Kim left that job.

Their wedding was full of luxuries 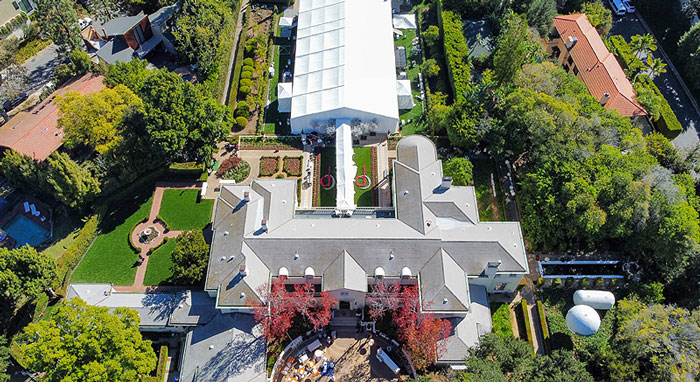 Few images have been seen of the celebration, but it is known that among the details was a huge wooden dance floor specially built to be placed outside his grandfather’s house, flower arrangements with the initials of the bride and groom. , a six-tier cake with a crown on top, a menu that included caviar, oysters, tuna cakes, pear salads, grilled steak, and roasted eggplant.

This wedding was as everyone imagined, full of glitter, glamor and prominence of the heiress, because after canceling three engagements, as they say, the fourth turned out to be the winner.

PlantPlus Foods, from Marfrig, closes a deal to buy Sol Cuisine and DEW

Israel will host Miss Universe contest as scheduled, though variant

No Green Pass demonstrations, what is the limit of the right to protest?

Iran Nuclear Talks: US May Use “Other Options” If Diplomacy Fails

Jane Harper Nov 28, 2021 0
The US and its allies resume nuclear talks with Iran on Monday (29), not knowing how Tehran's new government…

Nov 28, 2021
THE Italian Coast Guard saved about 250 Immigrants, including a newborn, from a boat sailing a few miles off the…

Fauci says the US is getting ready to face Ômicron, but it’s…

Nov 28, 2021
Americans must be prepared to fight the spread of the new variant of Covid-19, the Omicron, but it is too early…

Nov 28, 2021
Israel announced this Sunday (28) that it will ban all foreigners from entering the country, becoming the first…

Nov 28, 2021
A South African doctor who has treated about 30 patients carrying the new Omicron variant of the coronavirus, says…
Prev Next 1 of 6,331
More Stories