Flying Taxi in 2022: Hyundai plans to open first base in England

South Korean carmaker Hyundai Motor and British startup Urban-Air Port intend to create a network of flying taxis around the world. They plan to start next year, and the first base will be built in the small English town of Coventry. In the same year, flying taxi stations will appear in central London and Los Angeles.

According to Bloomberg, over the next five years, the network will have more than 200 cars around the world, both in densely populated areas and in remote places. Flying taxis will run on hydrogen fuel cells. The founder of Urban-Air Port believes that there are all prerequisites for this, the only snag is the infrastructure, which must be previously created both on the ground and in the air. The company has spent $ 150 million this year on infrastructure, although $ 5 billion has already been invested in the development of eVTOL (electric vertical takeoff and landing). 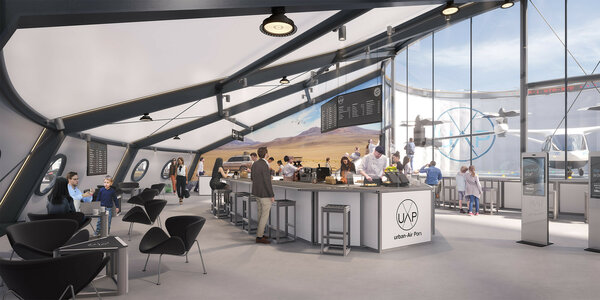 The idea of ​​a flying taxi is not new; small startups and even large companies are trying to promote it. NASA announced flight tests of an all-electric air taxi called Joby earlier this month. The device of the Joby Aviation company can cover up to 240 km with a maximum speed of 320 km / h. According to the manufacturer, it is a hundred times quieter than a helicopter. Joby Aviation also plans to build a passenger air network by 2024.

In such a place, no one has definitely installed the camera. Oppo offers to place it on the side of the smartphone

«X Factor 2021», the most inclusive edition ever

By analyzing wind noise on Mars, scientists were able to understand what is below the…

Luxury and President – Russian configurations of the premium Chinese crossover…

The revived GeForce RTX 2060 will receive not only 12 GB of memory, but also more…

Italy: Rescue of 250 migrants – Among them 41 minors and a baby born at sea

Derek Black Nov 28, 2021 0
THE Italian Coast Guard saved about 250 Immigrants, including a newborn, from a boat sailing a few miles off the…

Fauci says the US is getting ready to face Ômicron, but it’s…

Nov 28, 2021
Americans must be prepared to fight the spread of the new variant of Covid-19, the Omicron, but it is too early…

Nov 28, 2021
Israel announced this Sunday (28) that it will ban all foreigners from entering the country, becoming the first…

Nov 28, 2021
A South African doctor who has treated about 30 patients carrying the new Omicron variant of the coronavirus, says…

Nov 28, 2021
The Swiss said yes to the health crisis management legislation, which will apply the use of the health pass,…
Prev Next 1 of 6,332
More Stories