Germany: At least 11 killed in floods – More than 200,000 without electricity 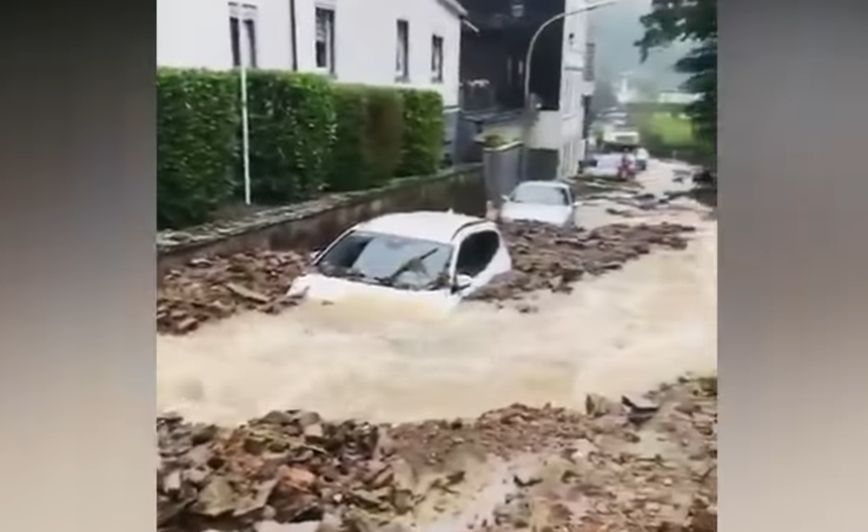 Catastrophic fires in Turkey: Most forest fires in southern…

At least 11 people have lost their lives and more than 70 are still missing in Arvailer, North Rhine-Westphalia. in western Germany, where a river overflowed after heavy rains in the last 24 hours. Authorities have declared a wider state of emergency.

According to the police announcements, the focus of the disaster is located in Sold, where the waters faded six houses and four people found tragic death, while the situation remains unclear, as victims have so far been reluctant to Cologne, Zulging, Una and Reinbach.

At least 200,000 people have been left without electricity as many transformer stations have been shut down for security reasons, and some facilities could not be reached due to flooded roads.

According to the state Ministry of Climate Protection, the rainfall reached 148 liters per square meter, a “new phenomenon” for this season and the region. Strong forces of the Police and the Fire Brigade are on the spot, while the efforts are assisted by the armed forces with special tracked vehicles.

Horror in the US: She killed her nieces and hid the bodies in her car for months

USA: Documents “burn” Trump for exerting pressure to overturn the…

Derek Black Jul 30, 2021 0
The attack on an Israeli ship came in response to an attack by occupying forces at Dabaa airport, the…

Jul 30, 2021
"The instrumentalization of migrants and refugees is completely unacceptable," the High Representative said. Josep…

Jul 30, 2021
Saif al-Islam Gaddafi, son of its former dictator Libya Muammar Gaddafi wants to "restore the lost unity" of the…
Prev Next 1 of 4,168
More Stories

Coronavirus: In the ‘red’ areas near Tokyo…