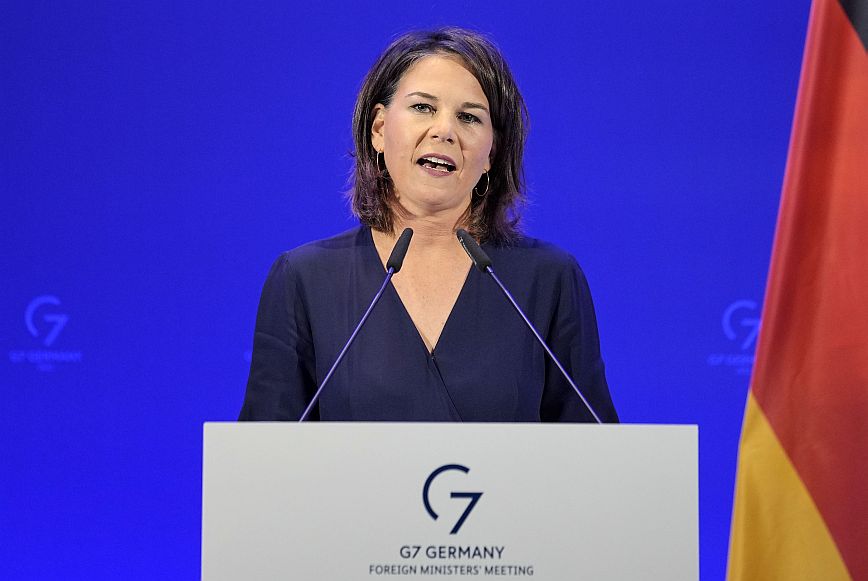 Her foreign minister Germany Annalena Burbok made it clear on Friday that she does not want to permanently end negotiations to bring the 2015 international agreement on its nuclear energy program back into full force. Irandespite the months-long deadlock in talks and despite the bloody crackdown on anti-government statements since September in the Islamic Republic.

“There are indeed some who are telling us that we should recognize that this has all failed”, the Green politician admitted after the end of the session with her G7 counterparts in Münster. But, he added, this “would mean that you accept further (uranium) enrichment”.

He said it is “absolutely convinced that Iran, the regime, will not get better if it gets a nuclear weapon”on the contrary, this development would worsen the regional security environment and the situation for the Iranian people.

Tehran denies that it intends to acquire a nuclear arsenal.

“There must be no further (uranium) enrichment, the IAEA (including the International Atomic Energy Agency) must be given access to Iran’s nuclear power facilities”the head of German diplomacy claimed from the Iranian government, insisting that these are obligations of the Islamic Republic that it undertook with the 2015 agreement, officially the Joint Comprehensive Plan of Action (JCPOA).

Amid a crackdown on protests in Iran and with Tehran accused of providing military aid to Russia in its war in Ukraine, the talks are increasingly contested and a deal seen as slipping away.

- Advertisement -
Share
Facebook
Twitter
Pinterest
WhatsApp
Previous article
The blood that dyed everything red, the bridge that became… a grave and the mirages that create illusions
Next article
Italy: “Green light” for a German ship with rescued migrants to approach the port of Catania