The famous challenge channel run by influencers Roberto González has done his thing again with his new challenge “a minute in paradise”, where, in a few words, couples can earn money by being unfaithful to each other. The idea is that those involved get into a car with an unknown person, who has the right to do whatever he wants with the participant for a minute.

Through his famous channel hotspanishthe tiktoker shared the case that has been sounding the same or more than Bizarrap with Shakira. This caused quite a stir because the couple in question had great differences when it came to accepting the terms of the challenge, since the man looked extremely uncomfortable, while the girl was more than willing to earn the money. 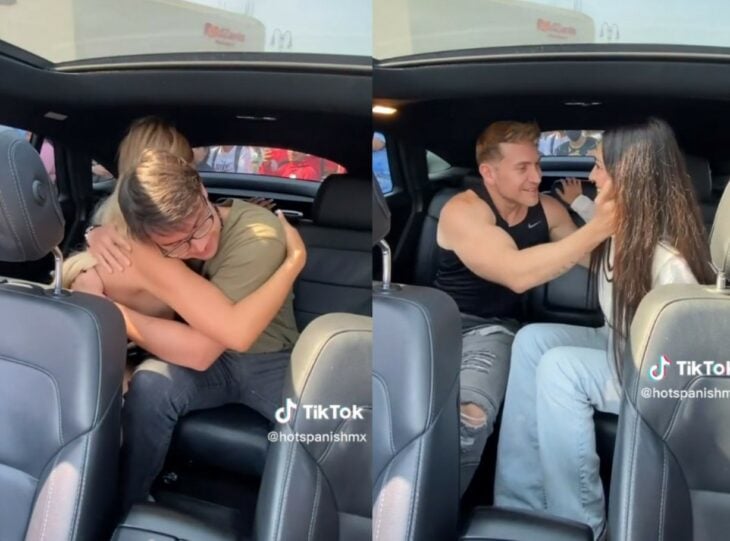 Even so, both ended up accepting and the game began with Yafeth getting on the bandwagon with great helplessness. Being there, he amazed everyone by not allowing anything to happen with the other girl, earning him the virtual applause of millions of people. On the contrary, her partner Karla got into the car and before kissing the other guy, she asked him the following:

I can’t stop you, right?

He represents many of us #fyp #for you #challenge

His question referred to the rules behind the game, which are not in that video as it is the continuation of a previous recording. For this reason, the young woman thought that if the man in the car kissed her, she could not refuse.

Once the minute for both was up, the couple met again and we could see that the boy was more than destroyed by the situation. Even so, he managed to say that everything was fine and Roberto even offered him an extra thousand pesos for the trouble, which he gave to his girlfriend because he knew she needed the money.

As a result of the popularity of the clip, which has already accumulated more than 60 million views, the girl had to go out to defend herself against the attacks, as she began to receive hate messages and even threats. In its video clarifies that she and Yafeth were not a couple at that time, but had been in 2019 and at the time of the challenge they met again after his trip.

Even so, in the comment area of ​​the TikTok video, Karla continues to receive questions, since many find it strange that during the game she responded that they had a two-year relationship. For her part, Yafeth has not come out to declare anything.