He is already 14 years old! This is how Valentina, the daughter of Salma Hayek and Francois-Henri Pinault, has changed

Finally, Eternals, the new bet of the Marvel Cinematic Universe (UCM) premiered at the emblematic Dolby Theater in Hollywood, in Los Angeles, and it was a shower of stars. On the one hand, Angelina Jolie dazzled when she appeared with her children on the red carpet and then the entire public was surprised when in the post-credits scene it was announced that Harry Styles would play Eros, Thanos’ brother.

But that was not the most shocking of the night, but the appearance of Salma Hayek with her daughter Valentina Paloma. Mother and daughter posed for the first time in front of the cameras. In addition, the 14-year-old girl surprised us with an incredible taste and her own style.

Valentina is already a teenager

Despite the fact that they have always kept her out of the spotlight, this time, Salma Hayek decided that her beautiful 14-year-old would be her companion during one of the most anticipated films of recent years.

During this unusual appearance in front of the cameras, Valentina made it clear that she is forging a great and elegant style, of course, influenced by the fashion sense of her mother and, of course, also of her father, the president of Kering, a group of companies made up of luxury brands such as Gucci, Balenciaga and Alexander McQueen. 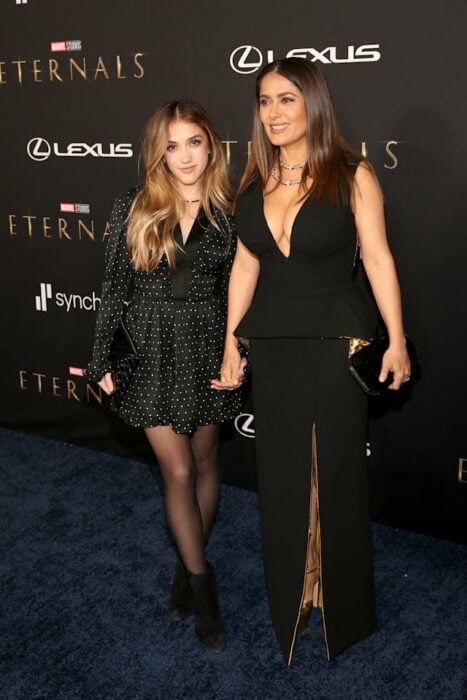 Like a great Marvel superhero, Salma Hayek wore a tight Gucci dress with a deep V neckline that marked her curves very well. In tune with her great style, Valentina walked the show in a long-sleeved dress with a subtle neckline similar to her mother’s, with a polka dot print and created by Yves Saint Laurent.

Several years have passed since the last time Valentina stepped on a red carpet and although she does not know how to pose in front of the cameras, she did say a few words to reporters, ensuring that her mother did a great job playing Ajak, one of the characters. main of the tape.

Without a doubt, their outfits They made it clear how glamorous and feminine they both are and the rest of us loved this appearance!

Tampon Box: schools where the cycle is no longer a luxury

Derek Black Dec 9, 2021 0
One of the strictest measures in the world to eliminate it smoking has in the "hulls" the New Zealand, as it plans…