It will be quiet! Girl goes out partying and wakes up in another city

Going out partying and waking up not knowing what happened the day before is quite an odyssey. You worry about not having called your ex, not sharing certain photos on social networks and, in some cases, even about how to get back home.

The latter was precisely what happened to the TikTok user @leti.rp, who went out to party in Peru, but woke up in a very different city. 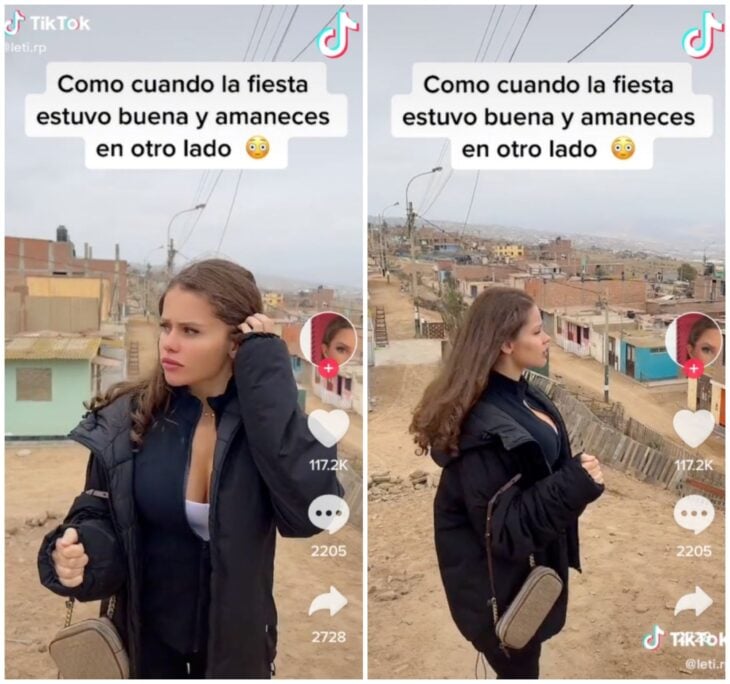 The tiktoker, Originally from Switzerland, she shared a video in which she is dismayed at not knowing where she is, since the party she attended was in Peru. However, she seemed to be in a completely different place.

The clip already has more than 3.7 million views and thousands of comments, including opinions such as:

‘You should be more careful.’ ‘Invite me to your parties’. ‘Send the location to go for you’.

It is worth mentioning that although Leti did not give more details of what happened, several Internet users identified the place where the tiktoker dawned. In addition, they assured that it was the area of ​​the Pachacutec hill, located in the city of Ventanilla, several kilometers away from the city where he attended the party.

Fortunately, everything was an anecdote and Leti was able to return home safe and sound.

super dad! She couldn’t stand to see her daughter dancing alone and ran to accompany her