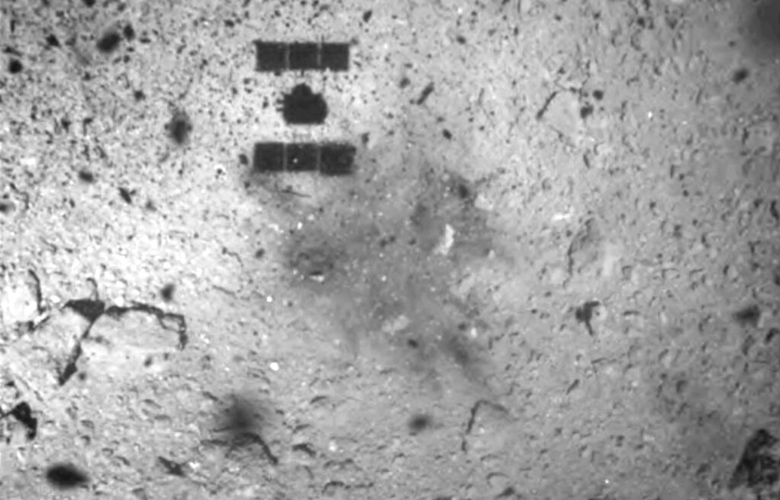 Amino acids, basic elements of life on Earth, were discovered in material samples that a Japanese spacecraft collected in 2019 from a asteroidsaccording to Japanese scientific research published today.

These amino acids and other organic matter are derived from Ryugu asteroids “could give clues to the origin of life on Earth” according to a study by researchers at Okayama University in western Japan.

“The discovery of amino acids capable of forming proteins is important because Ryugu was not exposed to the Earth’s biosphere, unlike meteoritesAccording to this study.

Therefore, “their location proves that at least some of these elementary building blocks of life on Earth may have formed in space environments,” the img added.

The researchers clarified that identified 23 different types of amino acids in 5.4 grams of black rock and dust samples collected on Ryugu from the Japanese spacecraft Hayabusa-2, whose capsule returned to Earth in late 2020 with its precious cargo after a six-year mission.

The asteroid Ryugu (“Dragon Palace” in Japanese) is located, as reported by APE-MPE, at a distance of more than 300 million kilometers from our planet and has a diameter of less than 900 meters.

Scientists believe that part of the asteroid’s matter was created about five million years after the birth of our solar system and has not heated above 100 degrees Celsius.

Samples from Ryugu “Give us reason to think that amino acids arrived on Earth from space”confirms Kensey Kobayashi, an astrobiologist and honorary professor at Yokohama National University, who was questioned by Agence France-Presse.

G. Desyllas (FlexCar): ‘We were told that we would not find even 15 people to buy our product’

Jun 30, 2022
The news of the marriage between Paola Turci And Francesca Pascalethat they will say "yes" on Saturday 2 July. The…

Luca Calvani comes out: “Time stops and I see only light”

Jun 30, 2022
A few weeks after the wedding of Alberto Matano and Riccardo Mannino and with Pride Month at its peak, a much loved…
Prev Next 1 of 15,351
More Stories