Jeff Bezos: When the billionaire worked at McDonald’s and cooked burgers – The nostalgic post 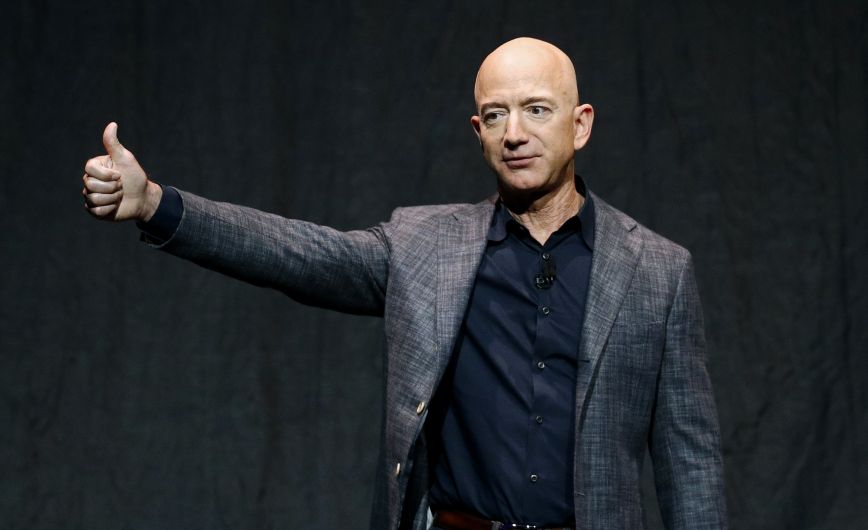 The billionaire Jeff Bezos visited McDonald’s – his first employer – for a quick meal last weekend. Its 58-year-old founder Amazon shared a photo on Twitter showing him eating one burger and even from the look on his face, it seems that he is enjoying it.

“My first job,” Bezos wrote on Twitter. “And still the same great burger. Happy Sunday!” the billionaire businessman added in his post.

Bezos, who now ranks among the richer people in the world, with an estimated net worth of $153.8 billion, according to the Forbes, worked at McDonald’s when he was a high school student. He may have stepped down as CEO of Amazon in 2021, but he remains executive chairman of the company he created.

The 58-year-old has stated in a previous interview that the time he worked at fast food as a high school student in his decade 1980, taught him that customer service was “really hard.” “I was a cook. They wouldn’t let me be near the customers,” Bezos quipped. “That was my teenage prime. They were like, ‘Hmm, why don’t you work back?'” she shares Dailymail.

Bezos talked about his first job as cook at McDonald’s in Miami during a 2018 interview with Fast Company. “One of the great ‘gifts’ I got from this job is that I can crack eggs with one hand,” Bezos said, while also referring to the hours he prefers to work. “My favorite shift was Saturday morning. The first thing I would do is get a big bowl and smash 300 eggs in ithe remembers about his first job.

Bezos said that one of the things that is really fun about working at McDonald’s is that you have to “be very fast in all these things,” he continued. “See how many eggs you can break in a short space of time and still not have any shells.” Bezos advised young people to “always keep your eyes open for lessons you can learn at any concert, even when you’re flipping burger patties.”

“You can learn responsibility in any job if you take it seriously,” he said in the book, “Golden Opportunity: Remarkable Careers That Started at McDonald’s”. “You learn a lot as teenager working at McDonald’s,” he said. “It’s different from what you learn in school. Don’t underestimate the value of this!” the billionaire pointed out.

How Jeff Bezos Became the Third Richest Man in the World

Born in 1964 in humble surroundings, Bezos studied engineer in college and spent his college years working in banking and technology. In 1993 he started selling books through this new invention known as “the Internet».

He convinced his friends and family to invest and warned them that his business was 70% likely to fail. His new business, which he named amazon, took off.

Bezos made his first million in 1997 when he raised $54 million through Amazon’s initial public offering (IPO). In 1998 it expanded beyond books to selling all kinds of consumer goods. He began acquiring other companies and the business grew rapidly as he became a household name and threatened to put traditional high street shops out of business. It was the advent of the coronavirus pandemic that really cemented Jeff Bezos as one of the richest people in the world.

With countries worldwide on lockdown and stores closed, half the world turned to Amazon to get their goods. Jeff Bezos’ fortune nearly doubled in 2020, eventually reaching $200 billion.