London to Brussels for Brexit deal: It was not going to last forever 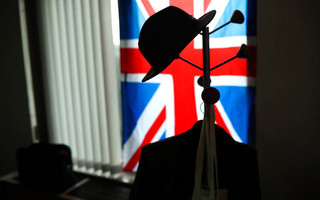 “Stiff” in renegotiating part of his divorce agreement Brexi As for Northern Ireland, the European Commission was described by the British Minister of Business Quasi Quarteng, warning that this was not an agreement that was going to last forever.

«A deal is a deal but it was not something that would last foreverPointed out Quarteng in speaking to Sky. “It was something flexible and we wanted to make it work more smoothly,” he added.

“Article 16 is something we could do, suspend it, we decided not to do it, it is not our initial position and we want to be able to negotiate and have a discussion with the EU about who it is. the best way to move forward “, he pointed out, as broadcast by the Athens News Agency, citing British media.

THE Britain called on the EU on Wednesday (21/7) to agree to rewrite the Northern Ireland Protocol covering post-Brexit trade, including the province just one year after the agreement was reached.

THE EU He immediately rejected the request, saying Britain needed to honor its international obligations and said the deal was the result of negotiations with Prime Minister Boris Johnson.

The protocol was a key part of the Johnson-backed Brexit settlement, which eventually sealed Britain’s divorce from the EU four years after a referendum in which the British voted in favor of leaving the EU.

When is the decision of the European Central Bank and how could it affect the EUR / USD?

Horror in the US: She killed her nieces and hid the bodies in her car for months

USA: Documents “burn” Trump for exerting pressure to overturn the…

Borrell: The instrumentalization of immigrants and refugees is completely…

Jul 30, 2021
Saif al-Islam Gaddafi, son of its former dictator Libya Muammar Gaddafi wants to "restore the lost unity" of the…

Rising pandemic in Nanjing, China – “Connected with a…

Coronavirus: In the ‘red’ areas near Tokyo…

Oman: Two dead in attack on a tanker linked to an Israeli…