Confirming preliminary information on this subject, McAfee announced today that it is being bought by a consortium led by American private equity firm Advent International. The deal, which will turn the cybersecurity giant into a private company, is worth $ 14 billion.

Reuters notes that the deal comes amid the pandemic’s shift to telecommuting and the rise in cyberattacks, which has spurred demand for antivirus and digital security software. 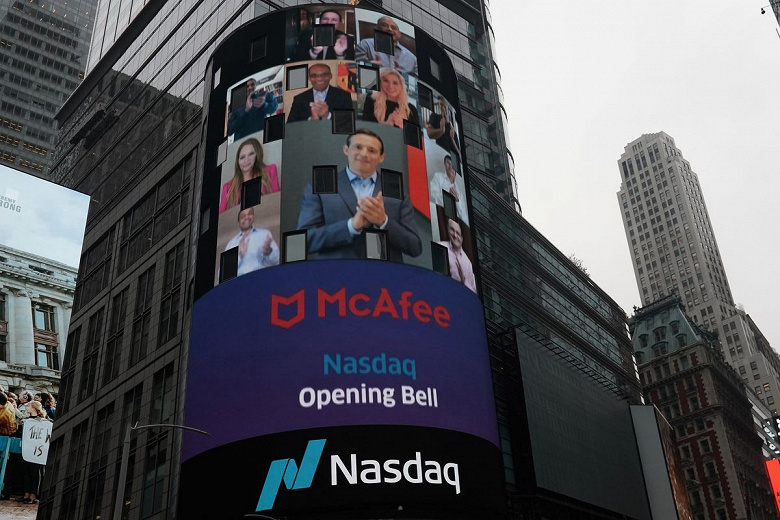 Founded by John McAfee in 1987, the company was the first to bring commercial antivirus to market. Ten years ago, after McAfee retired, Intel bought back McAfee shares for $ 7.68 billion, making the company its own division, which was renamed Intel Security in 2014.

In September 2016, a controlling stake in Intel Security was sold to investment fund TPG for $ 3.1 billion. In October 2020, an initial public offering of McAfee shares was carried out, following which the company’s capitalization amounted to $ 8.6 billion.

As part of the current deal, a group of investors will acquire all outstanding McAfee common shares for $ 26 per share. The purchase price is 22.6% higher compared to the closing price of McAfee shares on November 4.

SP no deaths by Covid, mass layoff at Inep and more from the evening of November 8th

According to CIPA, in October, camera sales were only 56.3% compared to October 2020.

Biden government to announce boycott of Beijing Olympics this week

Jane Harper Dec 6, 2021 0
The Biden government is expected to announce this week that no US government officials will attend the 2022…

USA: MP is photographed as a family at the Christmas tree holding guns

Dec 5, 2021
Member of Parliament on USA, shocked posing with his family at Christmas tree holding arms. A Republican lawmaker…

Putin: Poland accused of spraying migrants on border with Belarus

Dec 5, 2021
The Russian president made a serious complaint to the head of the International Committee of the Red Cross…

Putin accuses Poland of ‘using pesticides against refugees at…

Dec 5, 2021
Russian President Vladimir Putin has called for the depoliticization of the refugee situation…
Prev Next 1 of 6,553
More Stories

He returned to push-button Nokia in 2021.