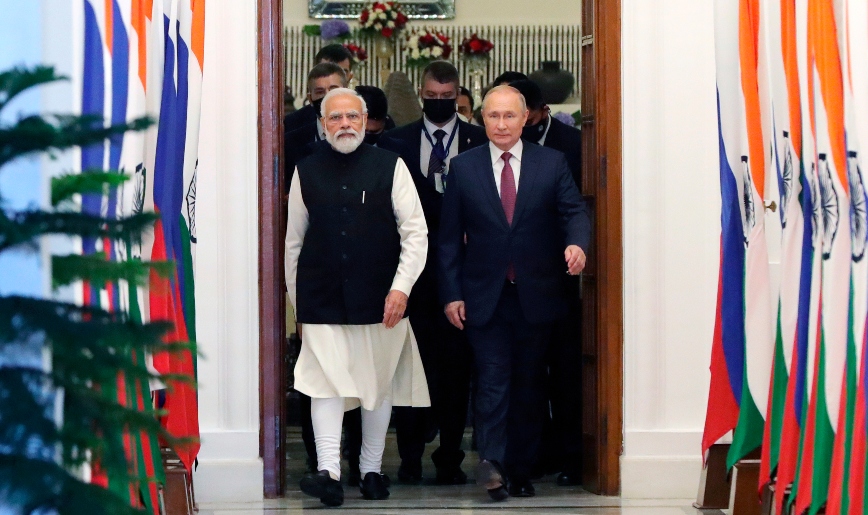 The Indian Prime Minister Narendra Modi he said today to the Russian president Vladimir Putin that now is not the time for war, as food, fertilizer and fuel security are among the world’s greatest concerns at this time.

“I know this is not a time for war and I talked to you on the phone about that,” Modi told Putin on the sidelines of the Shanghai Cooperation Organization summit being held in Uzbekistan, adding that democracy, diplomacy and dialogue keep the world together.

Putin said he understood Modi’s concerns about him war in Ukraine. “I know your position on the conflict in Ukraine and I know your concerns. We want to put an end to all this as soon as possible.”

At the same time, the Russian president expressed his regret that “the opposite side, the leadership of Ukraine, rejected the peace talks” and stated that it wants to achieve its goals by military means.

Putin, who met with Chinese President Xi Jinping yesterday, admitted that Beijing had expressed its concerns about the war.

Modi and Putin were speaking on the sidelines of the Shanghai Cooperation Organization (SCO) summit, whose permanent members, apart from India, include China, Russia, Pakistan, Kazakhstan, Kyrgyzstan, Tajikistan and Uzbekistan.

“Our trade is increasing, thanks to your additional supplies of Russian fertilizers to the Indian markets, which have increased more than eightfold. I am optimistic that this will greatly help India’s agricultural sector,” Putin said.