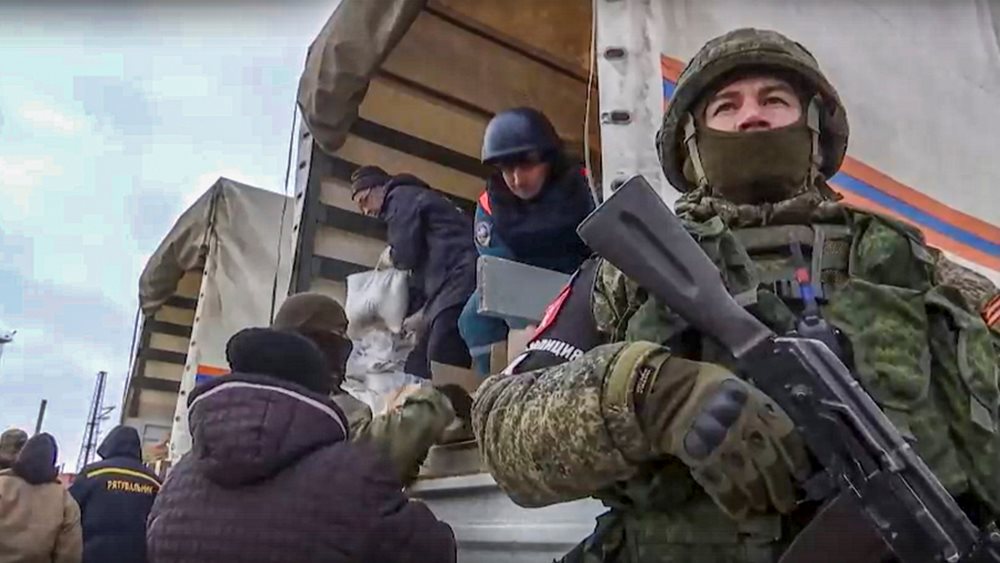 The top official in Russian-annexed Crimea said today that the FSB security service has dismantled a six-man terror cell of a banned Islamist group, a day after explosions rocked one of Russia’s military bases there.

“All of them are in custody. The terrorists’ activities were coordinated, as one would expect, from the territory of the terrorist state of Ukraine,” the official, Sergei Aksyonov, said via Telegram.

Aksyonov said the suspects are members of the Islamist group Hizb ut-Tahrir, which is outlawed in Russia.

An FSB statement did not say whether the detainees were linked to the explosions that took place yesterday, Tuesday, at a base in Dzhankoy in northern Crimea, and last week at a Russian military base in western Crimea, where satellite images showed eight Russian warplanes were destroyed. .

However, the statement listed Dzhankoy, as well as the city of Yalta, as the two locations where the core was “neutralized.” Yesterday, Tuesday, Russian authorities blamed saboteurs for the explosions in Jankoi.

The FSB said the cell recruited local Muslims and accused it of terrorist activity.

Ukraine has not claimed responsibility for the attacks on bases in Crimea.

Military analysts have spoken of the possible involvement of Ukrainian rebel organizations or special forces operating behind enemy lines.