Officially: Huawei P50 will be presented on July 29 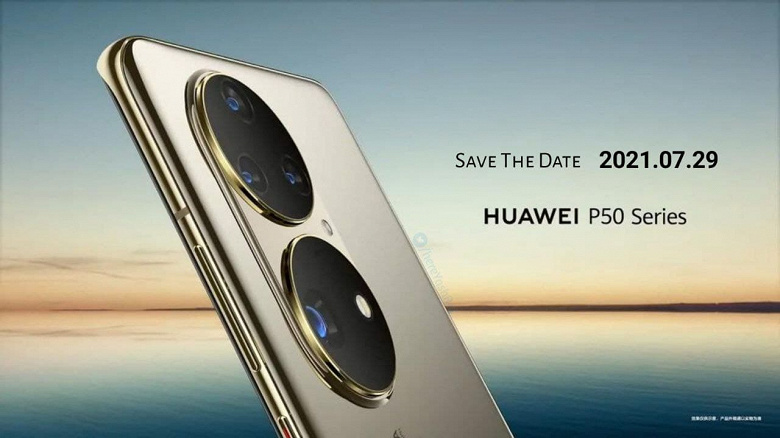 Huawei has confirmed that the P50 series flagships will premiere on July 29th. The corresponding teaser has been published on the web. It is expected that the premiere will take place not only for the Chinese market, but also for the global one too. At least Huawei will tell you how much the new flagships will cost and in which countries they will be sold. The sales themselves, according to rumors, will begin only in August.

Along with the P50, the company will present other new products. Among them will be the new model of the Sound X speaker system – it passes under the code designation Flamingo and is marked with the catalog number FLMG-10. More details about the new version of Sound X are not available.

As for the Huawei P50, these smartphones are credited with an image sensor with a resolution of 50 megapixels in an optical format a little over an inch. Naturally, he will not be alone, since the camera is multi-module and obviously with support for optical zoom. The devices in the series will use the Snapdragon 888 4G and Kirin 9000L single-chip platforms. According to the latest data, the P50 will not have 12 GB of RAM – versions with only 8 GB of RAM will go on sale.

The Core i9-11980HK is Intel’s best flagship mobile processor, but is it enough to compete with Ryzen? There was a lot of testing

The designer showed what Windows 11 would look like for smartphones. Android, take a closer look!