Yesterday, August 4, at the tenth International Eurasian Taxi Forum, which was held in Moscow, the latest Russian electric sedan called Evolute i-PRO, rumors about which have been circulating for quite a long time, was officially presented. Actually, as insiders expected, the Russian electric sedan is a slightly redesigned version of the Chinese electric car Dongfeng Aeolus (Fengshen) E70 – the manufacturer did not change the key components, changing only some elements of the car. At the same event, representatives of the manufacturer spoke about the key features of the vehicle and the characteristics of the domestic electric car.

For example, the creators of the new electric sedan said that the car will be powered by a single electric motor with 163 horsepower and 230 Nm of torque. These characteristics are as close as possible to the basic modification of the Chinese car Dongfeng Aeolus (Fengshen) E70, only it has only 150 horses on the local market – perhaps the motor was slightly “dispersed” for the Russian market. As a result, a potential buyer receives an average acceleration dynamics – from zero to a hundred, the electric car accelerates in 9.5 seconds, the maximum speed is 150 kilometers per hour, the gearbox is single-speed. For an urban electric car, the parameters are more than worthy. 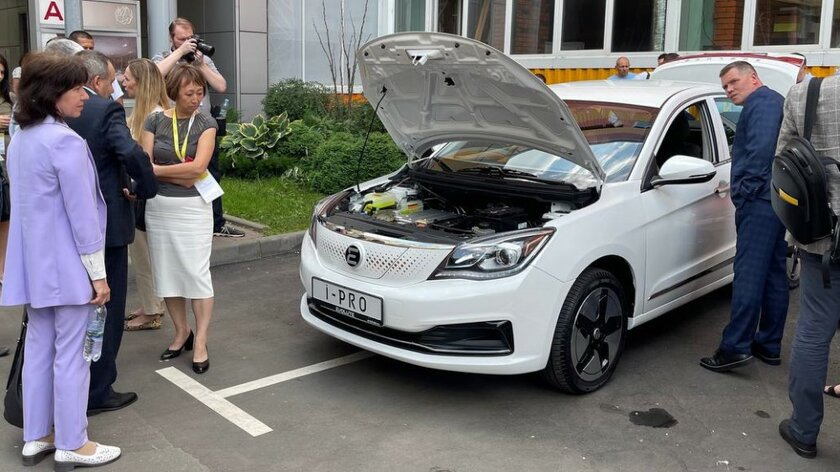 At the same time, the situation with the battery is more interesting – the Russian sedan Evolute i-PRO received an electric motor from the basic version of the original car, then the battery here is from the top-end configuration. More precisely, the battery here is triple, lithium and with a volume of 52.99 kWh – thanks to such a generous component, the car is capable of driving up to 420 kilometers on a single charge. This, of course, is not a record, but 400 kilometers on a single charge is the real gold standard of the modern electric car market, so the potential owner will drive in complete comfort. But special attention should be paid to the interior of the vehicle – it looks quite modern. 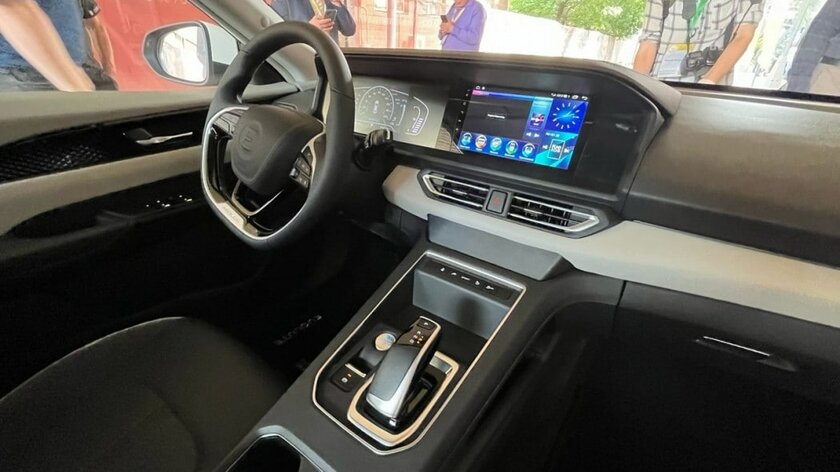 The driver receives a full-fledged digital instrument panel, next to which is a large touchscreen display of the multimedia system. The drive mode selector also looks quite stylish, with glossy inserts and an unusual shape, and there is an Evolute brand logo on the steering wheel.

Production and sales of electric cars of this brand should start in Russia in September, but prices have not yet been reported.

Salman Rushdie is extubated and his condition improves, says his agent