New Democracy maintains a lead of 8 percentage points over SYRIZA, according to a poll conducted by the Pulse company on behalf of SKAI.

In particular, in voting intention with a reduction on valid ones, the ruling party gathers 34% of the voters’ preferences, compared to 26% of SYRIZA. Third party is KINAL/PASOK with 13%, followed by: KKE 5.5%, Hellenic Solution 4%, MeRA 25 3%, Greeks 2%, Creation 1%, Other party 3.5%, while 8% declare undecided or not he answers. 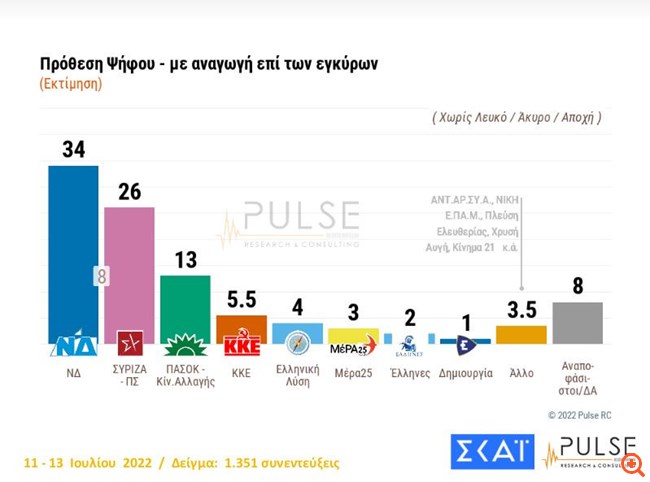 In Winning PerformanceND gathers 57% and SYRIZA 26%. 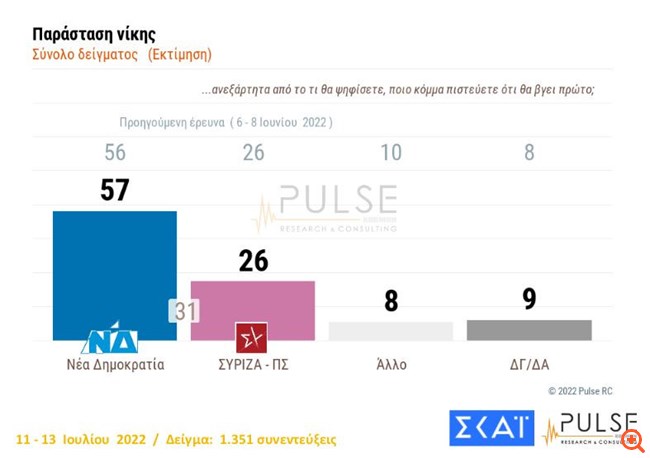 According to the survey, citizens trust him Kyriakos Mitsotakis more than any other party leader in the management of critical issues, while the president of the ND also holds the lead in the question of more suitable prime minister with 39% against 28% of Al. Tsipras. 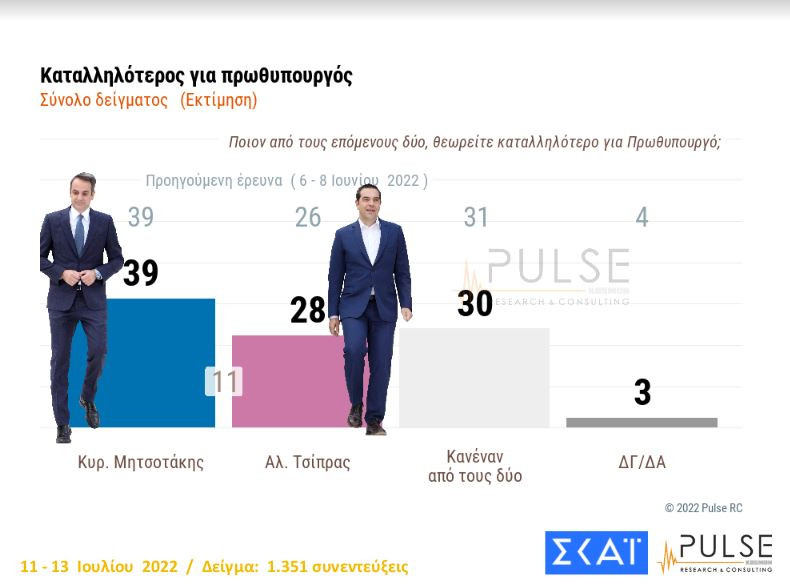 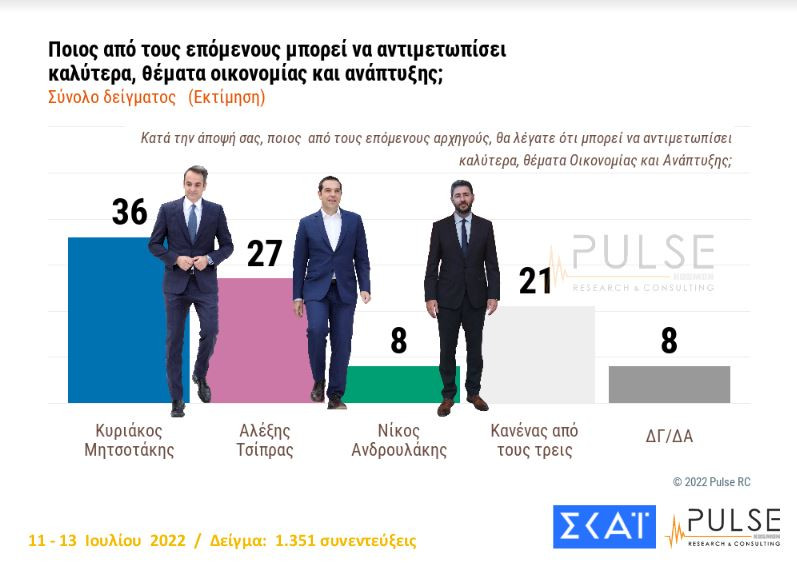 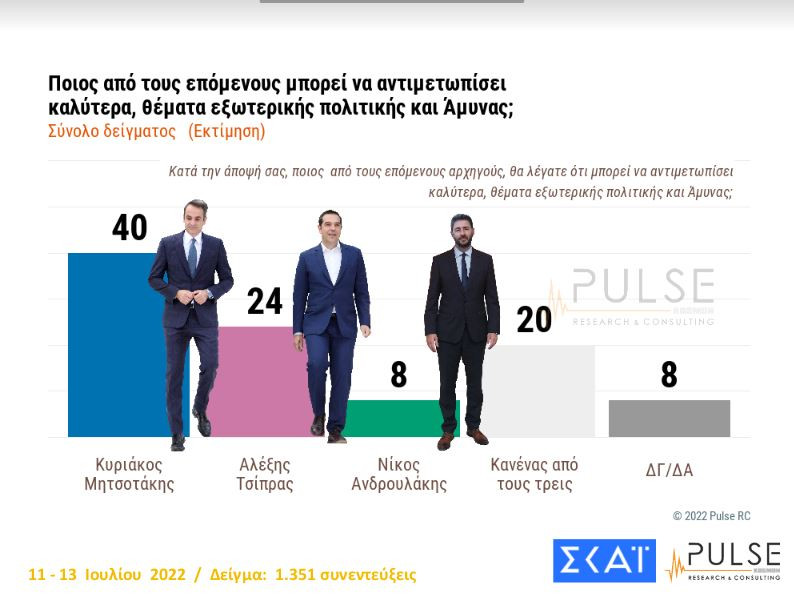 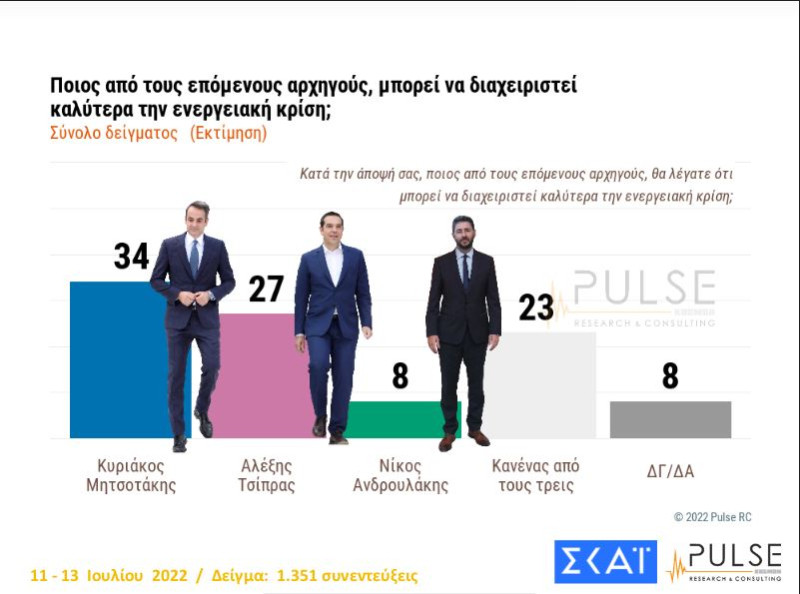 In question about the when should the elections be held?the majority of citizens who participated in the Pulse survey answered within 2023. 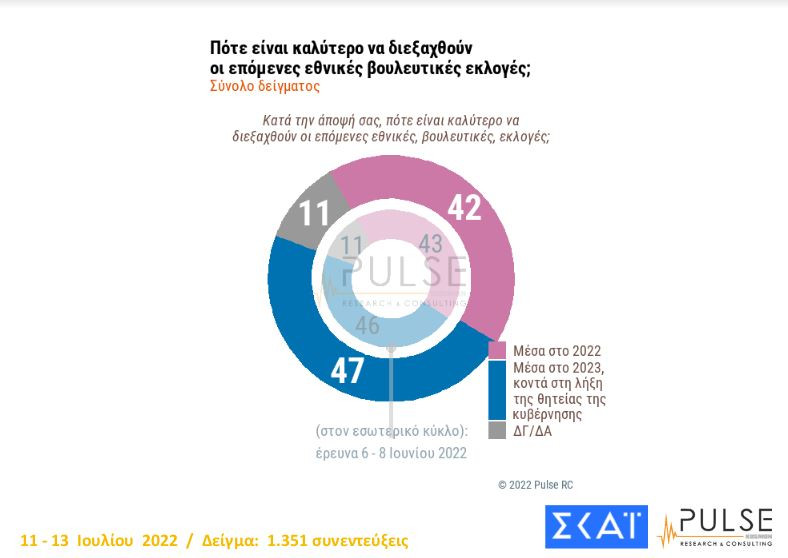 - Advertisement -
Share
Facebook
Twitter
Pinterest
WhatsApp
Previous article‘I know how the Ukraine-Russia war can be ended’, says Bolsonaro, without mentioning the way
Next articleSpain: Compensation to woman who forced her to give birth prematurely – She was tied up and had a caesarean section

Matrixport top manager: “Almost all assets will be tokenized in the next ten years”