“The Russian president Vladimir Putin signed four federal constitutional laws on the integration of the Donetsk and Luhansk People’s Republics, Zaporizhia and Kherson regions into the Russian Federation,” the lower house of the Russian parliament announced.

Russia declared the annexation of these territories after holding referendums, as it described them, in occupied areas of Ukraine. Western governments and Kyiv denounced the votes as a violation of international law and that they were coercive and unrepresentative, as reported by Reuters and relayed by the Athens News Agency. 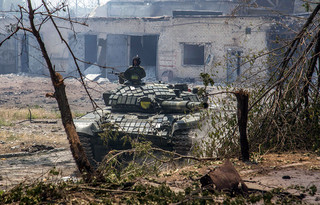 The annexed territories are not all under the occupation of Russian forces. The territories claimed by Russia in total amount to about 18% of the territory of Ukraine, although their exact borders have not yet been clarified.

Russian Defense Ministry maps released yesterday, Tuesday, appeared to show a rapid withdrawal of Russian invasion forces from areas in eastern and southern Ukraine, where they were under severe pressure from counterattacks by Ukrainian forces.

Erdogan: Distributed pretzels to citizens outside a mosque in Taksim Square