Queen Elizabeth: All set for her funeral – The dignitaries, the program and the protocol 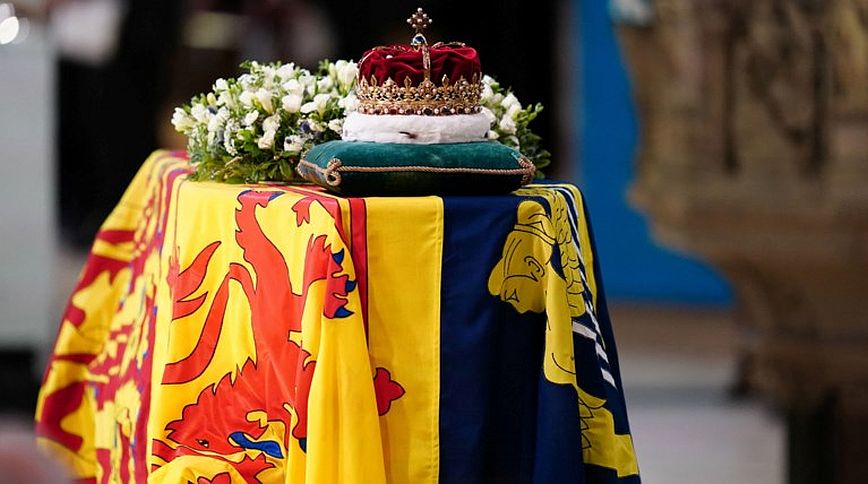 At one o’clock in the afternoon Greek time, the funeral of Queen Elizabeth is scheduled for Monday, September 19, completing the royal protocol after her death at the age of 96.

The procedures, however, will start early in the morning and will be completed in the evening, in a close family circle.

Here is the program of Queen Elizabeth’s funeral (in Greek time):

Last Vigil at the Queen’s coffin at the start of the final day of national mourning. At 8:30 (local time, 10:30 Greek time), the gates of the Parliament will be closed to prepare the procession.

The bells of Big Ben will be rung before the bell hammer is covered with a thick leather pad to silence its tolls for the rest of the day, out of respect for the monarch.

The Queen’s coffin will be carried from the Houses of Parliament to Westminster Abbey, in a carriage, which will lie outside the north door of Westminster Hall. From there it will be transported by members of the Royal Navy to the Abbey.

It is expected that there will be a lot of people on the streets. Behind the coffin will be King Charles as well as members of the royal family, as was done for Princess Diana and Prince Philip. Members of the military will also take part in the procession.

The Queen’s coffin will be placed on a high plinth and the Abbey will be packed with around 2,000 people, including members of the Royal Family, Prime Minister Liz Truss, former British Prime Ministers and foreign leaders such as Joe Biden and other dignitaries, who they will see the process.

The funeral will be held at Westminster Abbey by the Dean and Archbishop of Canterbury. The ceremony will be televised and is expected to be watched by millions of people around the world.

This particular Abbey was chosen both because of its size and the possibility of hosting many television crews, but also because it was the place where important events of the Queen’s life took place, from her coronation to her marriage to Prince Philip. The abbey also hosted the funeral of Princess Diana in 1997 and the Queen Mother in 2022.

The end of the sequence will be marked by the musical works “Last Post” and “Reveille”.

The Queen’s coffin will be placed back on the carriage and will be carried in procession to Wellington Arch.

The coffin will be taken to Windsor, where the Queen spent much of her last years and life. The procession will proceed via the Long Walk to St George’s Chapel.

The Queen will be buried in St George’s Chapel alongside her husband Prince Philip. Then there will be a service, which will also be televised. Before the final hymn, the royal crown, scepter and orb will be removed from the casket.

At the end of the service, a piper will play a eulogy as the coffin is lowered into the royal vault, where the Queen will be buried with her husband, her beloved parents and her sister Margaret.

King Charles and close members of the royal family will return to the chapel for a private funeral, where he, like Elizabeth did for her father, will throw dirt on her coffin.

Numerous crown princes have confirmed their attendance at the funeral of Elizabeth, who reigned for more than 70 years.

Japan’s Emperor Naruhito and Empress Masako will make their first overseas trip since enthronement in 2019 to London.

Prince Albert II of Monaco, his wife Charlene, King Willem-Alexander of the Netherlands, Queen Maxima and Princess Beatrix, King Philip of the Belgians and King Harald V of Norway will all be in attendance, as will Queen Margaret of Denmark, who is now the sole reigning Queen of Europe.

Spain’s King Philip VI will attend, as will his father, Juan Carlos I, who abdicated in 2014 and now lives in exile in the United Arab Emirates.

Everyone on the bus

US President Joe Biden and his wife Jill Biden, head of the list of diplomatic guests, landed yesterday, Saturday, evening in London.

Unlike other leaders, who were asked to arrive at the abbey in buses chartered by the authorities, Joe Biden was given permission to use “The Beast” his armored presidential limousine.

“Let’s spare a thought for the person in charge of the presidential palace of the Elysées who had to announce to President Macron that in London he will have to take the bus”, the Times write, rather amused, today.

The French president, who will indeed be in attendance, has reportedly said no to the bus, but it is not known what arrangements have been made.

Another difficulty lies in how the guests will be placed in the space, the Times underlines: it must be “avoided any risk of someone feeling offended by being placed behind a pillar and ensuring that there will be no protests.”

The funeral will take place under draconian security measures, in an unprecedented operation that some describe as a “nightmare” for the authorities. The police are called on to protect world leaders and to respect the public’s wish to mourn the 70-year-old monarch. Some have compared the event to the 2012 London Olympics, but those who follow police planning point out that the funeral business is much bigger and much more difficult.

Already, the city is welcoming unprecedented crowds, with people from all over the country and abroad wanting to be on the streets where the Queen’s coffin will pass, which will be placed on a killivan.

The three police forces of London, the Metropolitan Police, the City of London Police and the British Transport Police, joined for the operation.n, who have been constantly making plans since September 8, when Queen Elizabeth’s death was announced. According to company executives, the funeral will be the biggest event they have ever undertaken.

Italy: Member of the Left, a symbol of migrant workers in the fields, in the shadow of scandal