Queen Elizabeth: People’s pilgrimage begins in Scotland – What follows in the next few days

Her body Queen Elizabeth II‘ arrived yesterday, Sunday, from her residence in the Highlands of Scotland, in Edinburgh, after traversing around 300km of the lush, Scottish countryside where she was welcomed by a large crowd.

Monday afternoon Queen Elizabeth’s coffin will be carried in a procession, which will be followed by King Charles and members of the royal family, at St Giles Cathedral. The casket remained in the palace’s Throne Room overnight to allow the royal household staff to Scotland to bid farewell to the queen.

There, after a thanksgiving service, the first will begin popular pilgrimage which will last 24 hours, before the body is flown late on Tuesday afternoon by Royal Air Force aircraft to London for the final leg of Operation London Bridge.

THE King Charles is expected to travel to the Palace of Westminster to receive condolences. He is then due to fly to Edinburgh. In his first act as king, he will attend the ceremony at the Palace of Holyroodhouse, followed by a service at St Giles’ Cathedral. He will have his first meeting with Scotland’s First Minister and will also receive condolences in the Scottish Parliament.

Late in the evening the coffin is expected to be taken to Edinburgh Waverley station where it will then travel by Royal Train overnight, arriving at St Pancras station in London the following morning.

King Charles flies to Northern Ireland where he is to receive condolences at Hillsborough Castle and attend St Anne’s Cathedral in Belfast for a service of prayer and speeches on the life of Queen Elizabeth II.

There will be a rehearsal for the procession of the late Queen’s coffin from Buckingham Palace to Westminster Hall.

The coffin is expected to arrive at Buckingham Palace a few hours before the big ceremony planned in London that day.

In the first major ceremonial event preceding the funeral, the late Queen’s coffin will be moved from Buckingham Palace to Westminster Hall where it will lie for 5 days. It is expected that the coffin will be carried by carriage.

It will be an opportunity for the public to pay their respects. The coffin will hang in the middle of Westminster Hall and will be open to the public 23 hours a day. 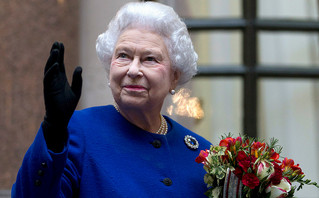 The pilgrimage continues, with no special event expected that day.

Charles will travel to Wales to attend a service at Llandaff Cathedral in Cardiff, then visit the Welsh Senedd and receive condolences. In fact, on that day he is expected to meet with the prime minister of Wales.

King Charles is expected to receive governors and prime ministers from the kingdoms.

On the eve of the funeral, Charles will welcome foreign royal families who will attend the funeral.

The funeral, which will be held at public expense, will take place in Westminster Abbey at 11am on Sunday 19 September. The coffin will be carried from Westminster Hall in a procession to the abbey. Two minutes of silence will be observed across the country.

After the one-hour service, a large ceremonial procession will accompany the coffin to Hyde Park, where it will be transferred from the carriage to the state hearse and travel to Windsor.

There will also be a ceremony at St George’s Chapel, Windsor Castle, during which the coffin will be lowered into the royal vault.

NASA: The historic Artemis 1 mission has reached the Moon

Chimpanzees share experiences, a trait previously thought to be only human

Congress must soften values ​​foreseen in the PEC of the Explosion, says expert