Real AI will appear 13 years earlier – in 2029. By what criteria is it recognized

In science fiction, a full-fledged (strong) artificial intelligence is most often described – capable of doing everything that a person can do, and even more. Scientists have not yet agreed on the list of capabilities that should be available to AI for the title of “strong”, but now modern developments do not correspond to any of the most popular theories: to think, to be aware of oneself, and so on. Enthusiasts at Metaculus have drawn up their criteria for full-fledged artificial intelligence and made predictions about when one will appear. IT blogger Denis Shiryaev drew attention to this – this material is based on his note.

What is Metaculus and how it works

Metaculus is an open English-language portal where users indicate their predictions about the timing (and not only) of scientific and technological achievements and breakthroughs, often backing up their opinions with weighty justifications or calculations. This service is available to everyone, but is popular mainly among scientists, programmers and various other technical specialists.

When creating a question for which the community should make predictions, the user must clearly state the conditions. Roughly speaking, the question “When will electric cars become popular” would not fit without any clarification – at least you need to know what the author means by popularity (for example, a specific number of cars in the world or an exact percentage compared to ICE cars).

There are two types of forecasts in Metaculus: the usual ones from the community, which simply show the result based on user responses, and the advanced ones from Metaculus. The latter are formed taking into account the past merits of the voters – for example, if a person previously successfully (or close to successful) predicted 2 questions, then when predicting the third one, his opinion is considered more significant than the answer of a beginner or someone who has never predicted the outcome of events correctly .

In January 2020, one of the users created a question about when a full-fledged artificial intelligence will appear – at the moment, many community members agree that such AI will appear already in 2029. And this is especially interesting, because a couple of months ago, until April 2022, the community predicted his birth around 2042.

Advanced Metaculus forecast is not calculated for this topic, but regular community predictions are not much inferior in accuracy: for example, among the resolved issues in 2001, the Brier score for the accuracy of probabilistic predictions was 0.107 for the Metaculus forecast and 0.108 for the community (the lower the better ). The results of record predictions can be compared on a separate page.

Moreover, the predictions of a community of diverse people are often better than those of a single expert in a particular field—a phenomenon called crowd wisdom. It is explained by the fact that each person has separate information and prejudices, which, when summed, balance each other.

AI will be considered complete only with certain capabilities

As follows from the rules of Metaculus, in his question about the timing of the emergence of “strong” artificial intelligence (in English, this term is known as strong AI, full AI and general intelligent action), the author clearly described the capabilities that a full-fledged AI should have. There are five criteria in total: four ordinary ones and the fifth one, which reinforces all the others. Moreover, the topic emphasizes that artificial intelligence should be universal, and not assembled from subsystems specifically to perform the necessary tasks.

From 1991 to 2019, the AI ​​Loebner competition was held annually – in fact, the practical conduct of Turing tests (to determine the ability of a program to think), during which artificial intelligence, when talking to a person, should make him think that he is not communicating with the program, but with another real person. The silver award implies the successful completion of tests in text format (gold – with sound and visual confirmation).

However, throughout its existence, the winners of the competition received only a bronze award for the “most humane” behavior in a conversation.

🔵 Ability to score at least 90% correct answers in WSC

The Winograd schema challenge (WSC) is designed as an improvement on the Turing test. It is based on questions based on Winograd’s schemes, creating ambiguity due to the specific construction of sentences using pronouns or possessive adjectives.

In the WSC, humans answer 92-96% of questions correctly, while full-fledged artificial intelligence needs to score at least 90%. 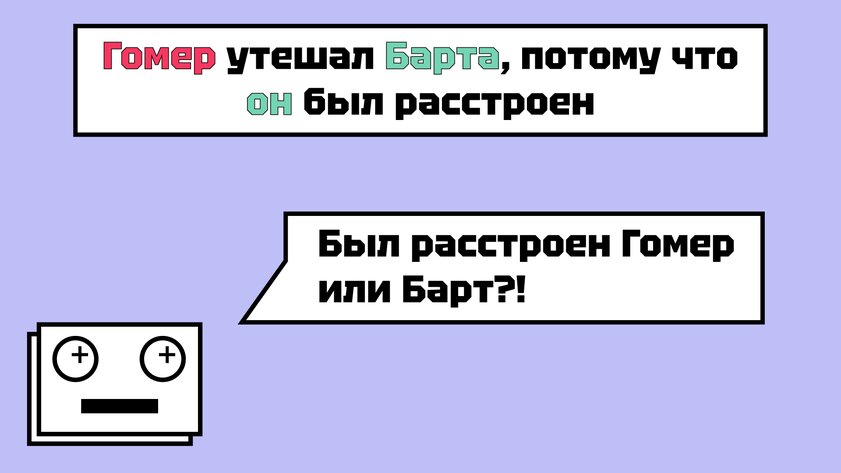 The competition has been held since 2014, but the result of 90.1% of correct answers was achieved only in 2019 thanks to fine-tuning of the BERT language model, which is trained on the basis of WSC-like data (that is, the neural network was not trained in common sense). In 2020, the sensational advanced GPT-3 neural network, about which there is a separate article on the Treshbox, achieved a result of 88.3% without special training.

For admission to higher education institutions in the United States, applicants take the Academic Assessment Test (SAT), a standardized test similar to the USE. A full-fledged artificial intelligence must score at least 75% of the result for all sections of mathematics, which applicants will demonstrate for a particular year. The AI ​​is only allowed to use images of exam pages, and no more than ten SAT exams can be used as training data.

This is what artificial intelligence must do by learning from no more than 100 hours of gameplay videos.

🔴 Ability to justify your answers and evaluate progress

AI must not only give an answer in the tasks described above, but also justify it – for example, why it chose this option or how it came to its decision. In addition, he must, for example, identify objects in Montezuma’s Revenge and evaluate his progress in the game.

Such artificial intelligence may appear even earlier

Neural network technologies evolve a lot every year – the Metaculus theme was created at the very beginning of 2020, and since then the industry has advanced a lot.

Denis Shiryaev is sure that a full-fledged AI, described in the above criteria, will appear even earlier – no later than 2025. Especially taking into account the new universal neural networks that made a splash in the first half of 2022. In this context, Flamingo from DeepMind (Google) is especially striking.

In 2012, Andrej Karpathy, now head of AI development at Tesla and creator of one of the most popular machine learning courses, explained in a funny photo with Barack Obama that artificial intelligence is still very far from understanding the meaning of images. To understand the meaning of what is happening in this picture, AI must recognize the scales under the person, have basic knowledge of the physics and psychology of people, and be able to compare social statuses. 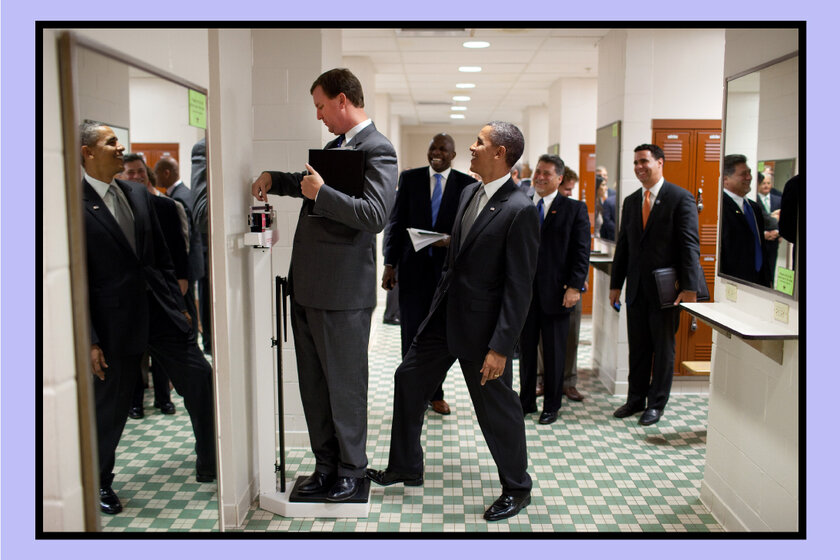 Now, 10 years later, in April 2022, DeepMind introduced the Flamingo visual language model, which understood the meaning of the very picture, and also recognized the objects depicted on it and the person of Obama. 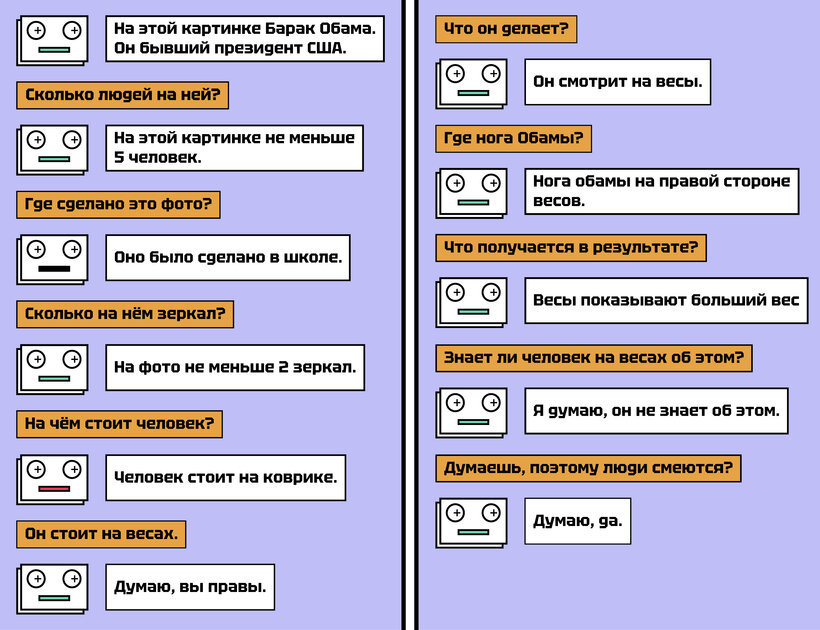 This is something that not so long ago, programmers could not even dream of. Therefore, in predictions that a full-fledged, strong, general – figuratively speaking, real artificial intelligence will appear in the next few years, it is readily believed.

The registration deadline for Enem 2022 ends this Saturday (21)

Use of 5G in the world is important to lower smartphone prices, says expert

Jun 29, 2022
After a three-year break due to the Covid-19 pandemic, the Brazilian Music Award (PMB) will return in April…

Jun 29, 2022
The secret services of USA They consider the situation in the war in Ukraine to be particularly critical, but also…
Prev Next 1 of 15,306
More Stories