Earlier this week, Xiaomi announced that the Redmi Note 11 series of smartphones will be unveiled in China on October 28th. To further whet the public’s interest in the upcoming new products, the company has published a teaser that allows you to take a look at its design, followed by another one revealing some of the key characteristics.

As you can see in the images below, Redmi Note 11 will receive a large rectangular main camera block (rather convex) that can accommodate three sensors. At the bottom of the device are a USB-C port, a speaker from JBL, and a microphone. An infrared port and a second speaker are located at the top of the device. The volume rocker and power button are on the right side. Xiaomi has confirmed rumors of support for ultra-fast charging up to 120W, which only the Xiaomi Mix 4 and 11T Pro models can now boast.

Automotive sensor market will grow to $ 92 billion by 2026

Windows Defender is one of the best antivirus for Windows 10… 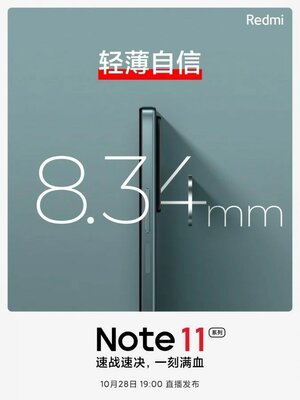 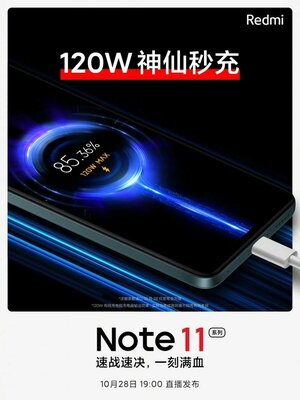 Some sources claim that only the Pro version will receive the proprietary HyperCharge fast charging technology, while the Redmi Note 11 will have 33W wired charging. The basic version of the smartphone will run on the MediaTek Dimensity 810 chipset. It also features an LCD display with a refresh rate of 120 Hz. The Redmi Note 11 Pro will receive a Dimensity 920 chipset paired with 8GB of RAM and up to 256GB of storage. It will have a more impressive 120Hz OLED display and a 5000mAh battery.

The Redmi Note 11 series of smartphones will initially debut in China, but by the end of the year, new items are likely to be released in other markets as well. Unlike the Chinese versions, the international ones are likely to receive Snapdragon chipsets.

In 2026, the number of charging sessions for electric vehicles will exceed 1.5…

Tata to build semiconductor testing and assembly facility in…