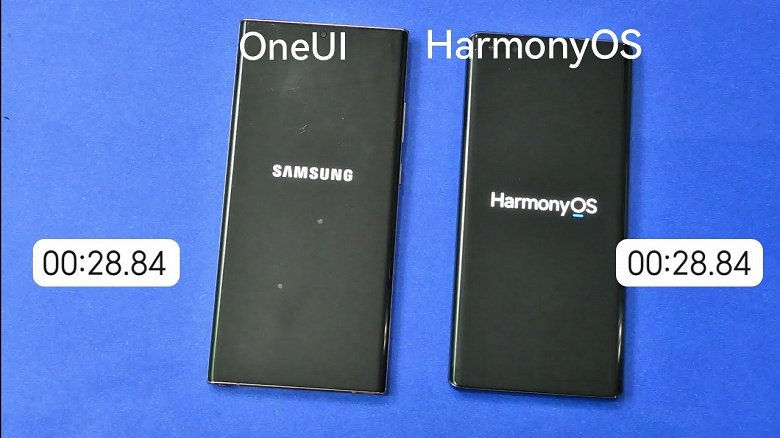 The resource Huawei Central has published a video comparing the download speed of smartphones running the HarmonyOS 2.0 operating system and the One UI 3.1 shell based on Android 11.

HarmonyOS 2.0 developers have repeatedly stated that the new operating system has received many optimizations that have a positive effect on the loading speed of the OS and applications. That being said, Samsung has also made many improvements to the latest version of its proprietary One UI shell.

During testing, a Samsung smartphone running One UI 3.1 booted up in 34 seconds. The HarmonyOS 2.0 device was the winner with a score of 30 seconds.

Today, 27 Huawei users in China received the stable update for HarmonyOS 2.0 in China.

These 27 Huawei devices get stable HarmonyOS 2.0