Teacher of the year! Take care of your student’s baby so she can take her class

Being a teacher is more than just a job, it is the responsibility of doing everything possible for students to achieve their dreams. And that is precisely what Julio Cruz, a teacher originally from Argentina, did, who has gone viral for taking care of the son of one of his students so that she can take her classes without any problem or distraction.

What has most attracted the attention of this story is that the teacher did not take care of the baby in just one class, but did so throughout the school year. In addition, the baby always felt comfortable with your care and patience.

Moira Hinojosa, a senior high school student at the República de Panamá School of Commerce, in Argentina, is the mother of a small baby named Santino and has no one who can take care of him while she goes to classes, which is why she has to take him with her to school.

From the beginning of my pregnancy I went to school and each one of the members of the group was by my side, giving me support and help in the moments I needed it most.

When I started to take Santino, none of them denied me that he was there, they did not want him to be absent so as not to stop seeing him and their affection continued to grow along with him. 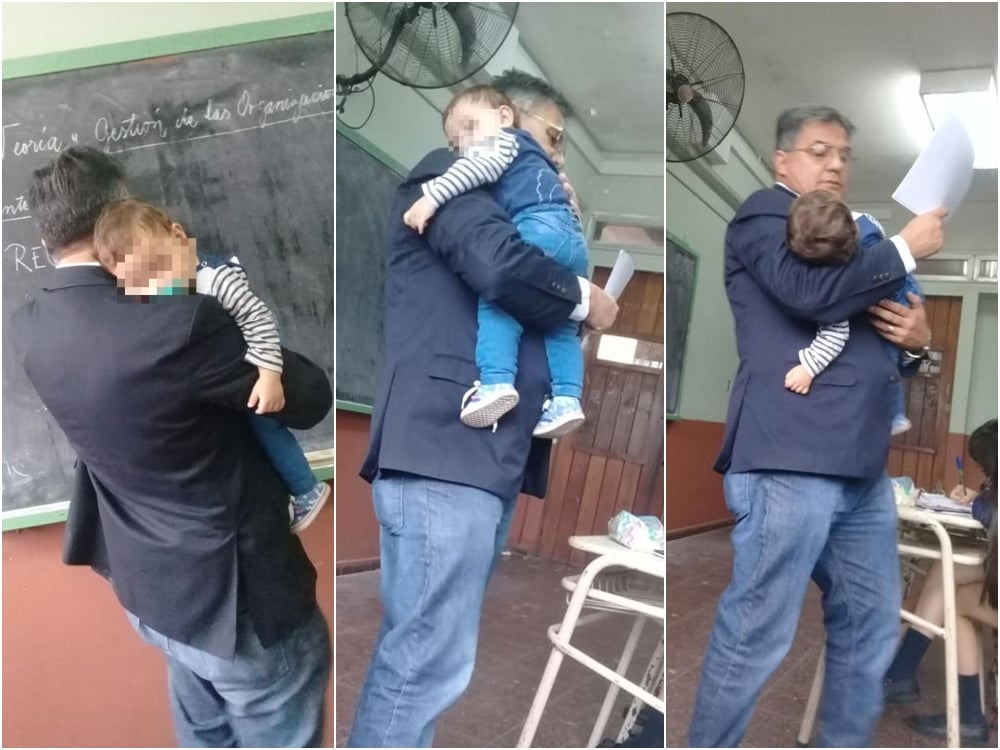 Moira’s classroom ended up becoming the safest and most affectionate place for her baby, who received love from his classmates and teachers, especially from Professor Julio Cruz, who did not hesitate to take care of, carry and entertain the baby. so that she could focus on her classes.

This gesture was captured by the journalist Ariel Bahiano Figueroa, who was doing a school report. The images reached social networks, becoming viral and receiving messages of support, respect and gratitude towards the teacher. 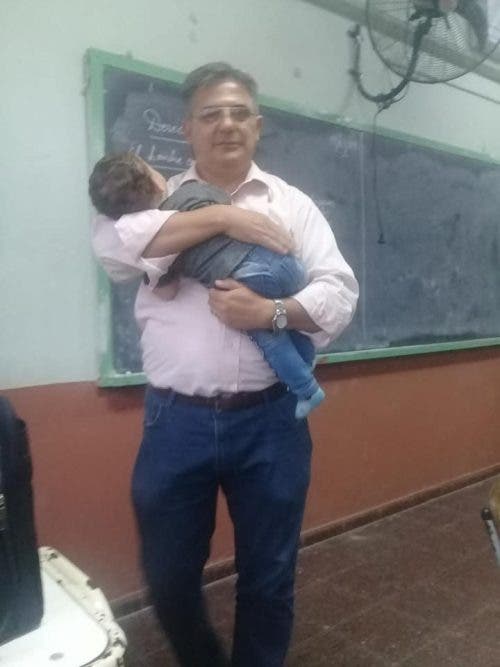 For his part, Professor Julio responded to the publication with a simple but emotional comment that ended up showing that his work goes beyond the classroom.

My youngest student from the 5th 3rd TT of the ECRP. Spectacular behavior. He accompanies his mother to classes. Blessings, Santino Benjamin.

Dieese: October has the lowest salary corrections closed in the year

Jennifer Lawrence: “I, Leonardo DiCaprio and the comet”

Samuele Bersani, the album of the «rebirth» is ready for the live trip throughout…

The EU draft with possible sanctions in Turkey for Varosia

Derek Black Dec 8, 2021 0
The EU options document with possible measures in response to its unilateral actions Turkey in the enclosed area…

Dec 8, 2021
The resignation submitted by the former representative of the British Prime Minister Boris Johnson, Allegra…

Dec 8, 2021
His boss World Health Organization (WHO) claimed on Wednesday that Omicron mutation of the SARS-CoV-2 coronavirus…

Kremlin: NATO is gradually subjugating Ukraine to its advantage

Dec 8, 2021
Fire against him NATO launches the Kremlin with its spokesman stressing that "gradually subjugates Ukraine to its…

For Leonardo DiCaprio, his new film is a gift against climate change

Damiano by Måneskin, the (rare) photo that tells the…

Complaints involving actor Armie Hammer should not result in…