Texas Massacre: Biden Outbreak – For God’s sake, when are we going to stand tall in the arms lobby? 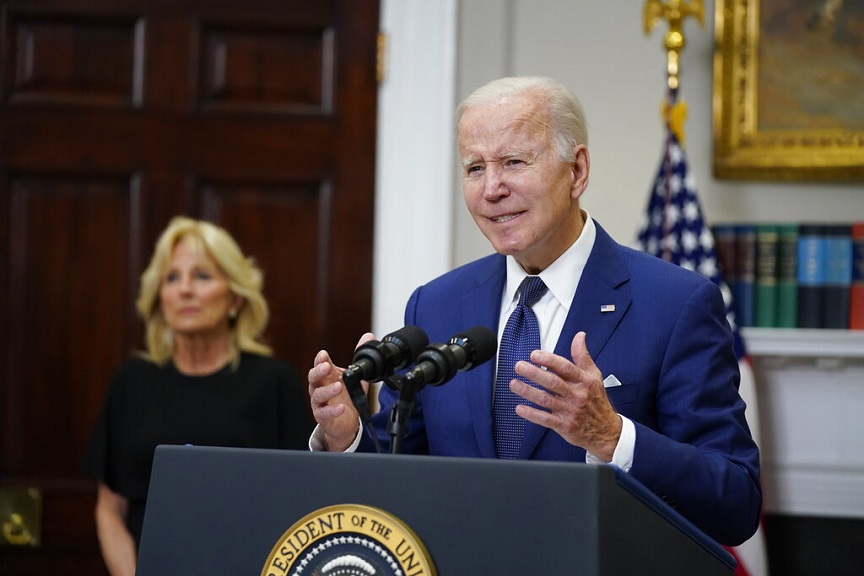 THE American chairman Joe Biden called today (25/5) for action in the US to tackle the scourge of attacks using firearmsa few hours later the massacre inside a primary school in Texaswith a tragic record of 21 dead, 18 of whom childrenwhile three teachers also died.

The US leader has once again put up with the lobby of the powerful lobby in Congress. He ordered U.S. flags to be flown at half-mast in the White House, in all public buildings and public places until Saturday, May 28, as a “sign of respect for the victims” of the attack.

“When in the name of God will we stand tall in front of the arms lobby?” the 78-year-old Democratic head of state wondered. “I’m heartbroken and tired”he added.

He described as unthinkable the fact that commentators watch their friends die as if they were on a battlefield while in school..

While acknowledging that much is not yet known to the US authorities about the Texas massacre, stressed that it is wrong for any 18-year-old to be able to buy weapons such as assault rifles.

He said the Americans would not forget those who obstruct or delay the passage of gun ownership legislation based on common sense.

The suspect in the massacre was named by the authorities as Salvador Ramos, 18 years old. He killed children and teachers “in a barbaric and irrational way” inside the school in the city of Uwalde, said the Republican governor of Texas, Greg Abbottduring a press conference.

Salvador Ramos is also dead, according to authorities in the city, about 130 kilometers west of San Antonio.

He initially targeted his grandmother, whose condition has not been clarified – according to CNN, she is also dead – before going to school, “leaving his car” and entering the building, according to the governor, armed “with a pistol” and possibly “with a rifle”.

Libya in the middle of social unrest – The political impasse…

Jul 3, 2022
Trapped in a political stalemate, rival political governments in Libya are coming under…

Uzbekistan: State of emergency for two months in autonomous republic

Jul 3, 2022
Uzbek authorities on Saturday announced a month-long state of emergency in the autonomous…
Prev Next 1 of 15,473
More Stories