The cryptocurrency market is waiting for a “Christmas miracle”: the BTC rate increased by 5.9% per day

The positive dynamics of the main cryptocurrencies and the growth of the cryptocurrency market capitalization give investors hope for a continuation of the upward trend in 2022.

The pre-New Year sale on the market of traditional financial instruments indirectly affected the price of bitcoin. According to experts, if the bulls win and the downtrend breaks up, the BTC value can be expected to rise to $ 60,000.

ETH followed approximately a similar trajectory this week, following its main extremes after BTC, but with a smaller amplitude. The weekly growth of the second cryptocurrency was about 4%. At the time of publication, ETH is trading at $ 4,095. Bitcoin dominance in the market is 40.4%, and ether – 20.6%. 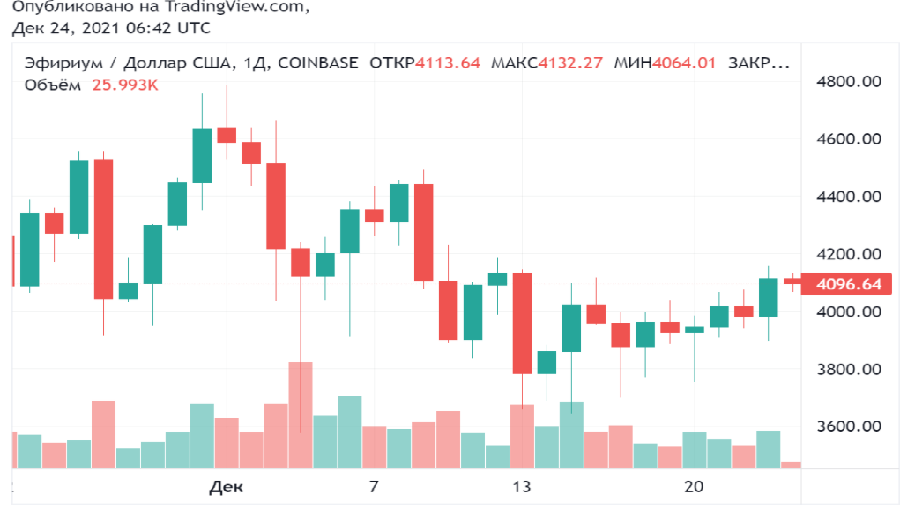 The growth of the cryptocurrency market may be facilitated by inflationary expectations dominating among American investors against the background of the US Federal Reserve’s decision to cut the QE economic stimulus program and plans to increase the discount rate next year. Also, the growth could have been influenced by positive news for the cryptoasset market, which contributed to an increase in interest from investors.

According to Mike McGlone, Bloomberg’s senior strategist for commodities, the “bull market” for Bitcoin is not over and in the near future BTC may reach $ 70,000.