They stayed! They re-released ‘Avatar’ in theaters and people thought it was the second part

Since Disney and 20th Century Studios announced that the film Avatar would have a sequel after 13 long years of its theatrical release, fans can’t wait for it to finally hit the big screen to see the Na’vi universe expand.

Although its release date is scheduled for December 2022, in order for users to relive the story of this movie that was a success in 2009, the creators of the tape believed it was a good idea to re-release the original in some movie theaters. cinema, so to warm up the engines they decided to launch it last weekend.

But the plans did not turn out as the organizers expected, as users were confused and went to the cinema believing that it was the second part of the film, so they went to Twitter to express their annoyance, asking for their money back, since that in a few days, the re-release grossed 30 million dollars at the box office worldwide.

Due to public confusion, the successful revival of Avatar it only served to fans of the film directed by James Cameron confirm that, once again, its sequel will become the highest grossing movie, like the original at the time, since it was one of the few that managed to easily adapt to be seen in 3D, so it is expect this new experience to grow with its 4K upgrade. 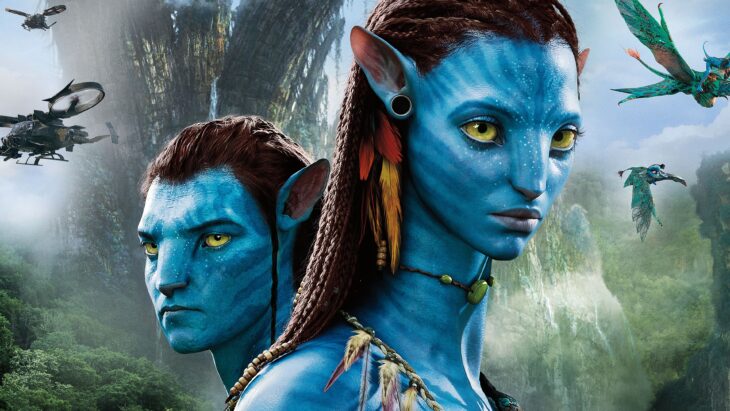 After feeling cheated after having believed that the premiere of Avatar: The Way of Water It had finally arrived in theaters, users did not hesitate to share their funny experience. They even created memes of themselves after being like the famous clown meme. Here are some of the most popular reactions on Twitter:

1. At least he wasn’t the only one

2. The importance of reading before 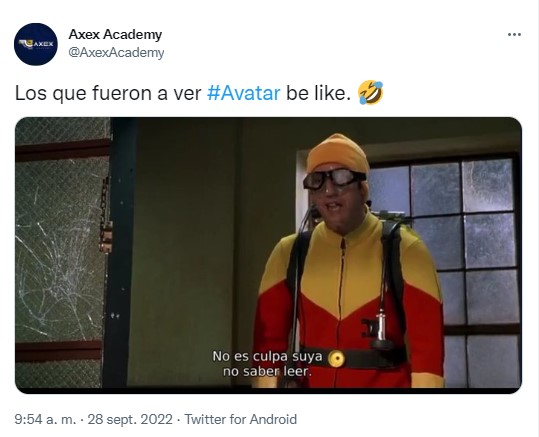 3. Take it in a humorous way 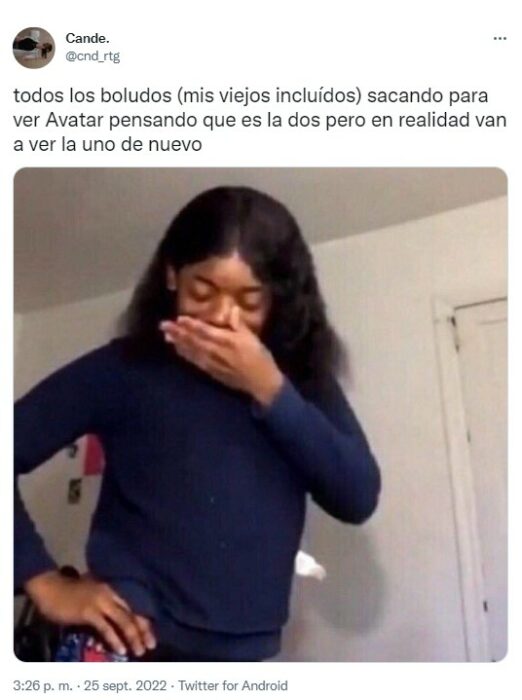 4. A mistake is made by anyone 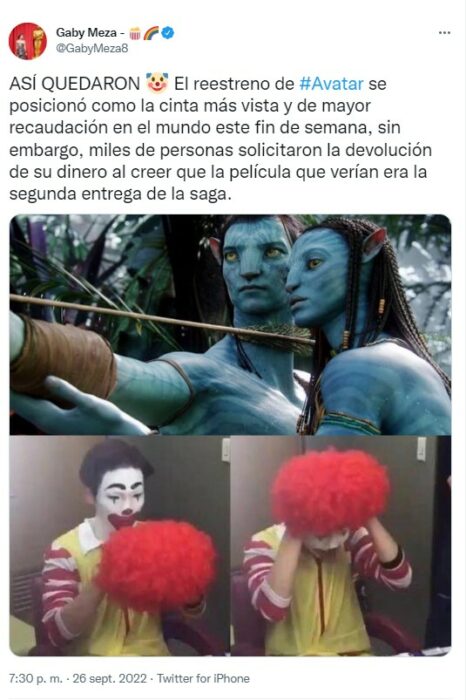 5. That happens to be careless

Zelensky in Sanremo 2023: the political front of the no from Salvini to Conte

Queen Elizabeth, who “personally designed the tombstone” for her corgi Susan

European stock markets close with timid gains, after US data