Tokyo 2020, Marta Maggetti: “Give me a windsurf and I’ll dominate the sea”

How and when the connection with an element such as water is born is not easy to say. But to tell yes, because it is something that involves, like an incredible love story. He talks about it like this Marta Maggetti, windsurfer from Cagliari, awaited among the protagonists of Tokyo 2020 in the waters of Sagamy Bay, a Japanese town dedicated to sailing.

The only Italian windsurfer to represent the Italian flag in the Land of the Rising Sun, Marta’s will be a challenge that will see her compete with the best in the world in his first Olympics, which is presented with a very respectable palmarès.

The Cagliari athlete of the Yellow Flames of Gaeta she is strong, determined in the water, as well as shy and reserved outside the waves. She transforms, like a mermaid and wears these two faces in the same way, two sides of a coin that make her an interesting character, waiting to be discovered. «Describe me? I am a sunny girl, I like to be with my friends in the open air and share emotions with them », says the athlete preparing for Tokyo.

Yet when the wave rides that sunshine turns into flame. «The attraction for the sea has belonged to me since I was little». Well, if you are born in Sardinia, perhaps salt water flows in your veins even before blood, but his it is a different attraction, made of waves, irregularities, movement. It is easy to love the sea when it is still and reflects the shades of the sun, it is more difficult to appreciate it when it is restless.

“The passion for the union between wind and water comes from my family: my father Alessandro has dabbled in windsurfing for as long as I can remember, while my mother Elisabetta, to follow my trainings, began to participate in some sailing competitions , aboard a hobie cat (one of the most popular catamarans ed). I have always been very attached to them, even as a teenager when I continued to do all the activities and travels together: the relationship with the waves has always been a family affair ».

Somewhere, however, that spark must have started. Marta traces it back to a day when she first jumped up to one skinboard, a board with which to slide on the bubble bath, like a skate but without wheels. “I had seen some kids practicing it and I started copying them. It suited me very well, I was 8 and I felt like I found the funniest game in the world. Then, one day, my father took me to the Cagliari windsurfing club with him. I remember that in the first hours it seemed very difficult to stay on my feet, it was tiring, yet there was something that didn’t make me stop. I tried and tried again, until the magic arrived: a gust of wind and immediately a beautiful feeling of freedom. I felt independent in contact with nature ».

A difficult feeling for an eight year old girl to understand, maybe back then it was simply a mix of fun and adrenaline, but that, with the awareness of then, it would turn into a love of freedom. «From that moment on I never stopped, I got more and more passionate, I went out even with the strong wind and the flat sea».

In the meantime, other kids arrive at the club and the circle of windsurfer friends gets bigger. After two years, a boy from Bracciano arrives, Andrea Beverino, a former agonist who sees potential in that group of very young people. «He took us to compete in Bracciano. We went there for fun, I never thought I could finish second at just 11 years old in a race. In short, there was potential and I realized that I liked competition a lot, but always lived it as a game ».

Marta grows up, she also tries other disciplines of sailing, boats and even the surfboard, but in the end she always goes back to her first love, windsurfing through all the categories of the discipline. He dreams of the five circles and tries already in Rio, but he has a big one in front of him Flavia Tartaglini and Marta is still too young as she was just 20 years old at the time.

In Tokyo, on the other hand, she arrives with a different maturity, ready to take the responsibility of being the only Italian to represent this discipline. «It is a very strong emotion, even greater because with the postponement of a year there was more tension, accumulated stress. After the World Cup in 2019, I had the pass in my pocket. Instead, the pandemic extended the selection period and it was like having to start all over again, with the difference that the first lockdown did not give the possibility to start anything! I admit that I had a moment of great despair and concern, I was closed at home, I was training but I didn’t know what for. It was very hard: I lived in my parents’ house which is very far from the sea and I had no way of even seeing it, I felt like a hamster locked in a cage ».

Then May 2020 arrives and we are back in the water on Lake Garda. “Then another concern took over: Giorgia Speciale was going very fast, there was a competition at the last breath of wind and we played it up to the last three races. I sweated this Olympic pass until the end and now I want to do really well. I have grown a lot and I know I have a chance to finish in the top three. So the goal is to get a medal in Tokyo ». 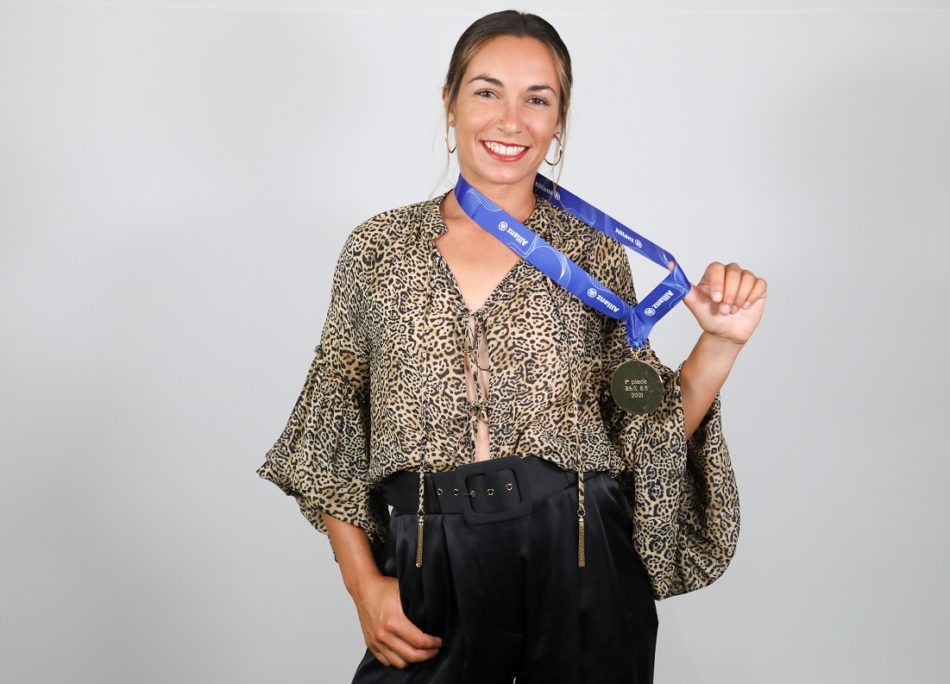 Passionate about drawing, as taught by her maternal grandfather Antonino, hers is an inspiration that focuses on landscapes and abstract subjects full of blending colors. He associates us with photography and video editing. «I like to immortalize my land, with a drawing or on film. Sardinia never ceases to make me fall in love», dice.

And if you ask her if she has ever been afraid at sea, Marta replies: «There have been several difficult moments at sea, we often go out even with extreme conditions, but I have always managed to tame them. I also like this about windsurfing: the fact that with a board you can manage the sea conditions, and this makes me feel strong. Thanks (also) to the sea, I feel like a strong woman».

“Male” and “female” audio cables, for the US it is sexism

Tom Daley is proud to be an openly gay Olympic champion; won his first gold medal

Jul 28, 2021
H COVID-19 continues to cause a disastrous account in American continent, with Argentina, Colombia, Cuba, Ecuador…
Prev Next 1 of 4,194
More Stories