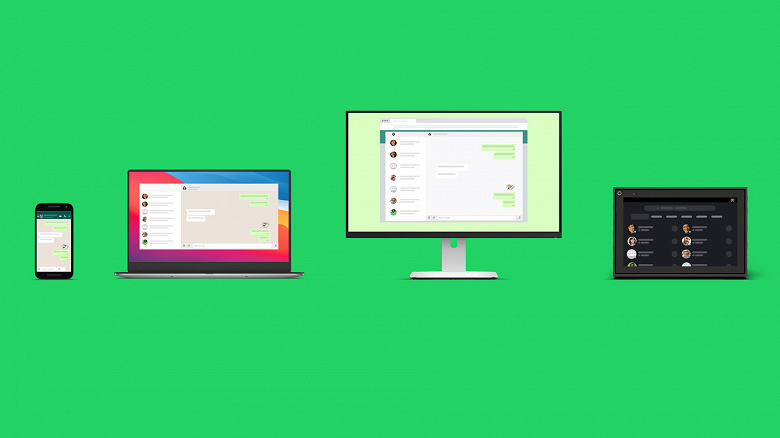 Facebook has announced the start of testing the full-fledged work of the WhatsApp messenger simultaneously on multiple devices. In an official post, Facebook admits that users have been asking for this feature for years.

You can use up to four assistive devices at a time, but only one phone can be connected to your WhatsApp account, and if the phone is not used for more than 14 days, the devices associated with it will be disconnected.

As noted by Facebook, the feature is undergoing “limited” testing so far. To connect it, you need to open the “Other options” / “Settings” menu, select “Associated devices” and click on the “Beta version for multiple devices” item. Available in the most recent beta version of WhatsApp and WhatsApp Business for Android and iOS, but not in all countries. As the developers promise, further testing will be launched all over the world.

The following features are not currently supported in the multi-device beta version of WhatsApp:

Since the launch of the messenger in 2009, WhatsApp users have dreamed of the appearance of true support for working from multiple devices. Synchronization between devices with the simultaneous operation of WhatsApp is simply not provided. Currently, WhatsApp only allows one device to connect to an account. Even the desktop version of WhatsApp can only work in conjunction with a running application on a smartphone, “mirroring” it.

The Rostec company wants to create its own RISC-V processor, and it needs almost 30 billion rubles for this