A 120Hz screen in a budget smartphone. Review of the unusual Realme 8i

With the advancement of technology, flagship chips are making their way to mid-range smartphones faster and faster, and 120Hz screens are no exception. At some point, this turned the already very confusing lineup of manufacturers into an even more complex system. One of the representatives of this phenomenon was on the review today. At first glance, the Realme 8i has about the same characteristics as the older Realme 8 and 8 Pro, but this is not entirely true. 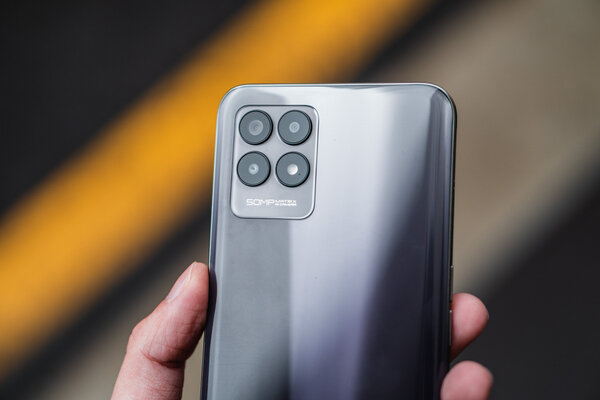 Despite the fact that on the inside, all Realme smartphones of this year differ quite strikingly from each other, on the outside they have quite similar or, in this case, completely identical shells. Yes, yes, Realme 8i shares the design with Realme 8 Pro – and there is nothing to scold the smartphone for, because its appearance is quite interesting. On the iridescent back cover there is an island with cameras, which are arranged symmetrically in the shape of a square. Unlike the 8 Pro, the lower right module here is for flash, as the smartphone has three cameras instead of four. 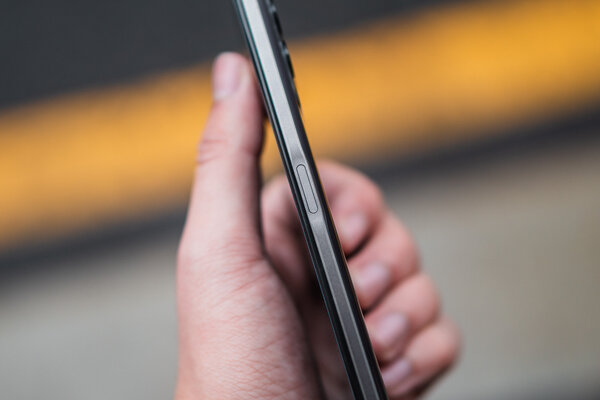 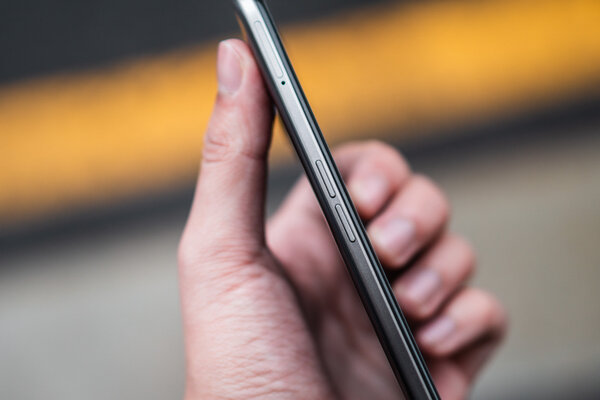 Both the back and the frame of the smartphone are made of plastic. This choice of materials has both pros and cons. In particular, when the Realme 8i falls, it has a better chance of not breaking and retaining its presentation, but in everyday use it will be covered with scratches if you do not use the complete silicone case. By the way, without it, the smartphone also slips out of hands quite easily thanks to the impressive diagonal and beveled corners – be careful. The smartphone is especially vulnerable during unlocking, since the finger scanner is located on the right edge. By pressing the button, the finger sometimes slips and goes to the beveled surface of the lid, throwing the device out of hand. However, there are no complaints about the recognition speed: everything works quickly. 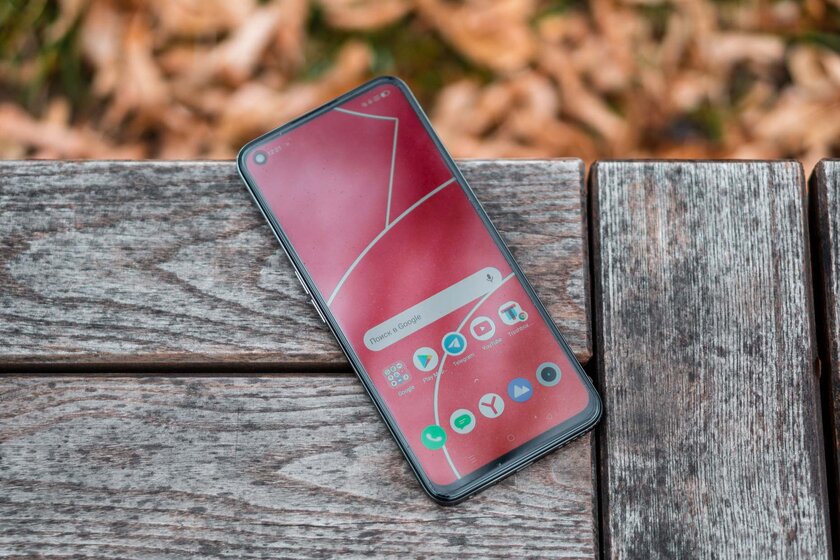 As for the front, everything is standard in the good sense of this expression. The bezels on the sides and top are thin enough to be considered comfortable, and the bottom has a small chin, which, however, does not interfere with everyday use. In the upper left corner there is a neat cutout for the front-end and a speaker slot, which here performs an exclusively conversational function and is not used in any way when listening to music. 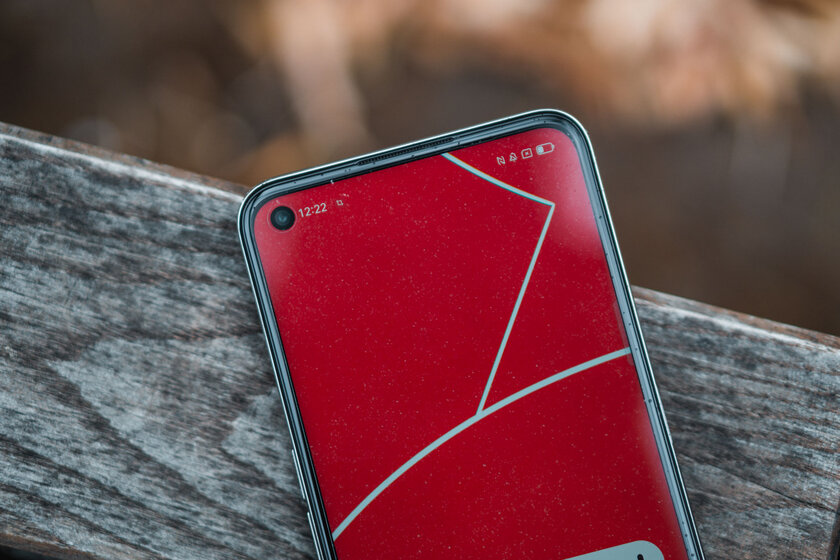 Speaking of the front of the smartphone, its large 6.6-inch display is also worth noting. Despite the fact that in terms of brightness and contrast it is inferior to the more premium model Realme 8 Pro, there is still a trump card in the sleeve here – this is the picture refresh rate increased to 120 Hz. If the former can be explained by the use of a less advanced IPS-matrix (in the older OLED model), then the presence of 120 Hz is difficult to justify with anything. Do not think, the chip is, of course, cool, but it seems that something was messed up at the factory and the screen with an increased frequency should have been received by a more expensive smartphone. However, if you look precisely from the side of the owner of Realme 8i, and this is what I am doing today, for 120 Hz I want to say thank you to the company.

This is where everything falls into place 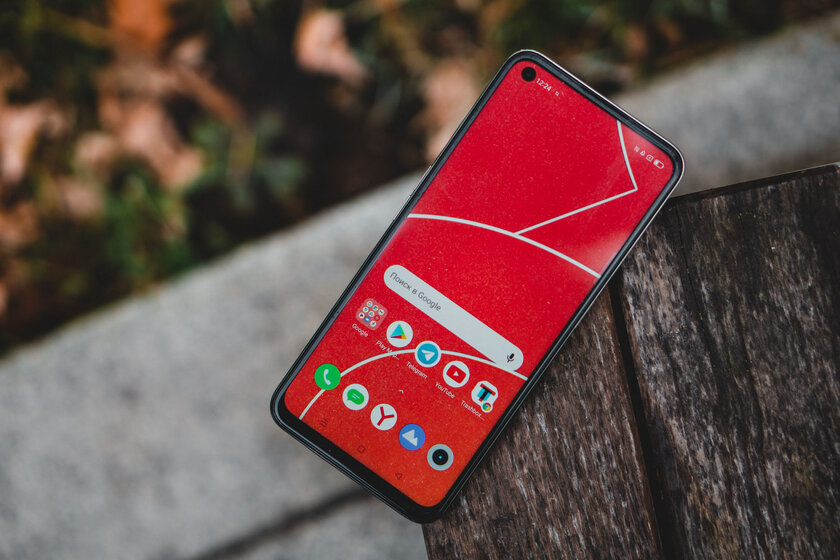 At the heart of the Realme 8i is a MediaTek Helio G96 processor coupled with Mali-G57 MC2 graphics and 4GB of RAM. User storage here is 128 GB, and the system uses Android 11 with the second version of the Realme UI shell. Such hardware cannot be called weak, but the bundle of G96 and 4 GB of RAM does not reach the capacities of Realme 8 5G and 8 Pro. In games, the smartphone shows itself well, giving out a consistently high FPS at low settings in Genshin Impact and medium settings in World of Tanks, but everyday work and scrolling are less easy for it. Perhaps it is the 120Hz screen, but the delay in animations and slight jerks here and there are striking. However, the speed of the Realme 8i does not cause serious discomfort – everything described above remains only at the level of microfreezes, which not everyone will notice. 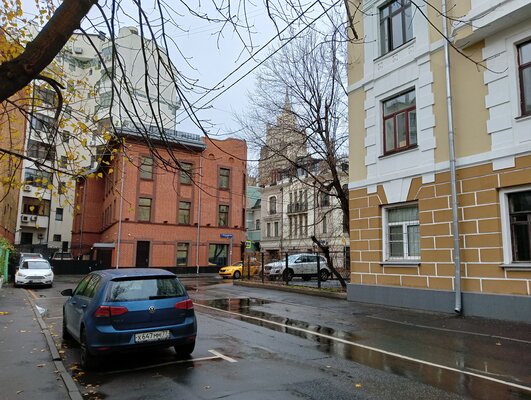 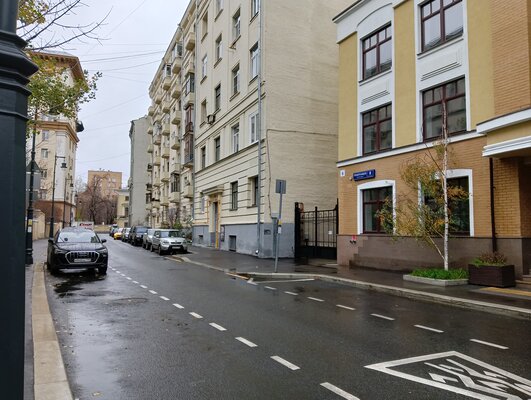 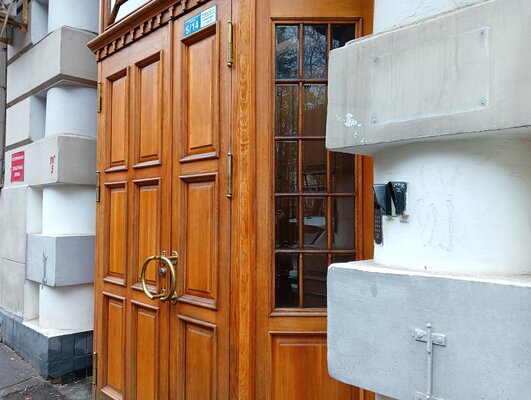 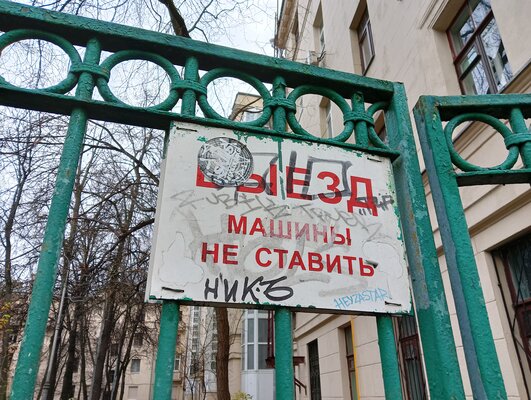 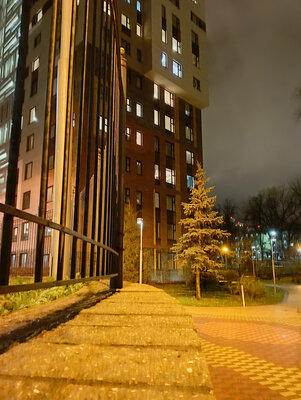 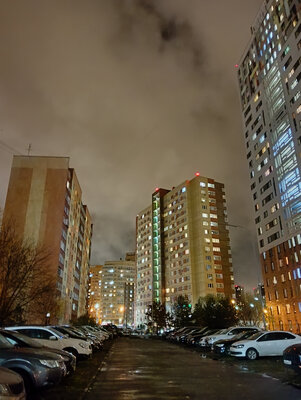 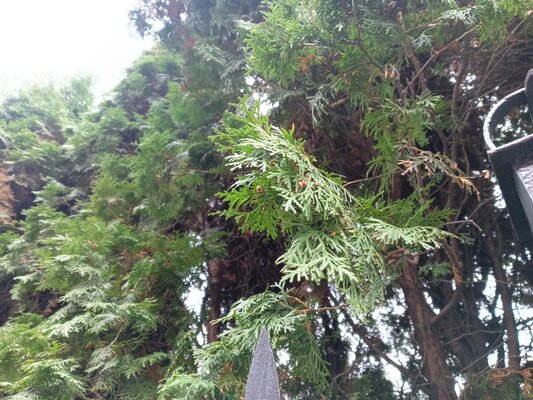 Despite the fact that there are as many as four protruding modules for shooting on the rear panel of the Realme 8i, you can only take a photo on one of them. We are talking about a 50-megapixel module with f / 1.8 aperture. The other two cameras (both at 2 megapixels) are responsible for macro photography and portrait mode, however, in my opinion, they could be safely deleted from the list of necessary things in a smartphone. As for the quality of the photos taken, it is worth noting that the situation is pretty good during the day. The picture is sharp and true in color, but often overexposed in the presence of contrast in the lighting (the last photo in the gallery above). In the evening, the situation is expected to turn not in favor of the smartphone. There is a night mode, and the sense from it is noticeable, but in the dark you should not rely on the camera. 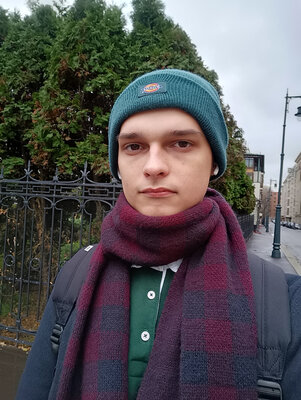 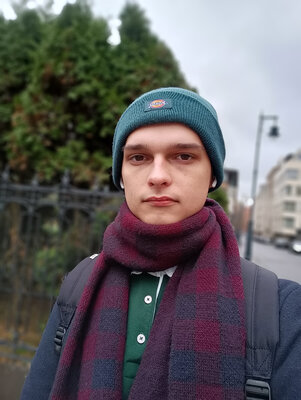 The 16 megapixel front camera pleases with detail and the ability to turn off beautification. True, I am a little embarrassed by the skin tone, which in every photo tends to pink, but this is more of a personal quibble that can be easily corrected in any photo editor. There is a portrait mode for selfies, and it does its job quite neatly. For Instagram, these photos will definitely work. 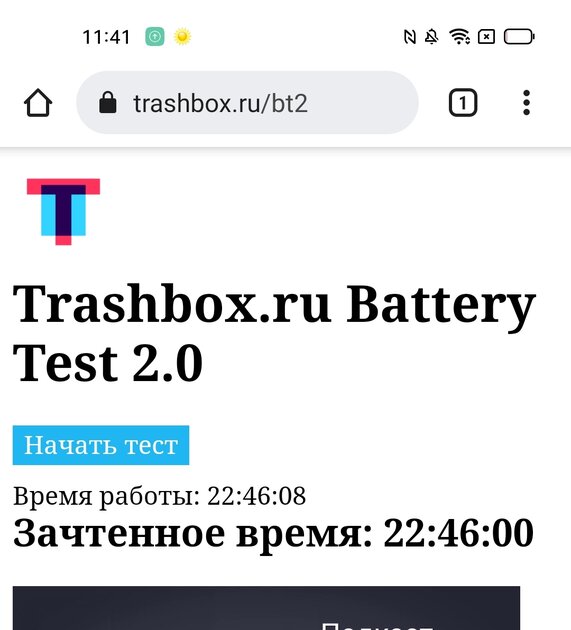 A 5,000 mAh battery is hidden under the shiny cover of the smartphone – here the Realme 8i and Realme 8 5G have similarities. However, the way they dispose of this container is very different. If Realme 8 5G with the same battery lasted only 15 hours in the Trashbox.ru proprietary test, then the hero of today’s review quietly reaches the bar at 22 hours 46 minutes. And this despite the fact that there the refresh rate is 30 Hz lower. In general, the Realme 8i has no problems with the operating time. In real life, with everyday use, the smartphone will calmly last one and a half to two days without recharging. 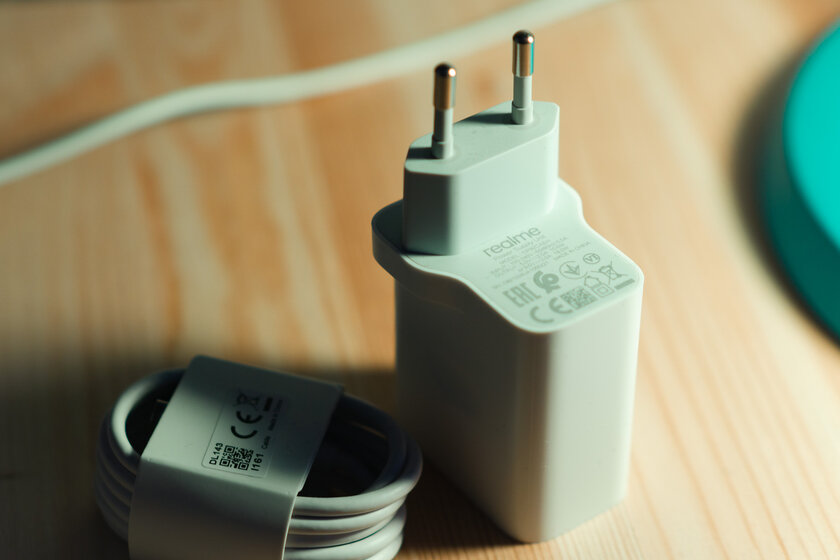 Speaking of the battery, it’s worth noting that the smartphone supports fast charging up to 18W. It is such a block that comes with the kit. Of course, you can dream of a more powerful charging of 33 or even 65 watts, but this is already the lot of Realme 8 Pro.

After two weeks of use 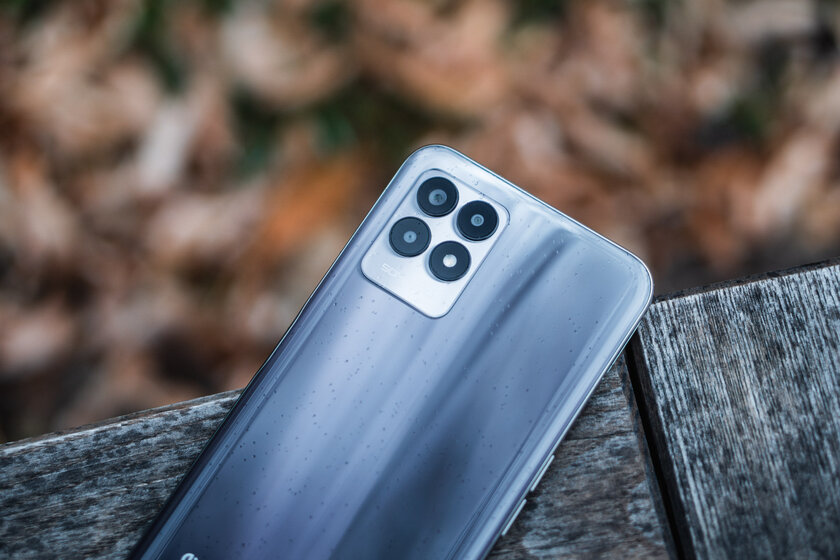 Getting to know the Realme 8i closer, it becomes clear that the line between smartphones within the eighth generation of the Realme line is drawn rather weakly. Yes, there is also a less bright IPS-display, and weaker hardware, and only one camera module, but … 120 Hz? It is rather strange to see the increased screen frequency in the youngest of the three models, while the “Pro” has only 60 Hz. Don’t think the Realme 8i is a great device, but for just a few thousand extra, you can buy the more powerful Realme 8 5G with 8 GB of RAM or wait for discounts and grab the Realme 8 Pro with OLED screen and super wide for the same price.

Dogecoin Update Coming That Will Reduce Transaction Fees To $ 0.002

Biden prepares sanctions against Putin’s circle ahead of Tuesday’s…

Jane Harper Dec 7, 2021 0
US officials are considering a wide range of sanctions against Russia aimed at preventing Russian President…

Dec 7, 2021
A historic agreement has been signed to create the world's first sustainable floating city; Busan in South Korea,…

Dec 6, 2021
Christmas is almost here! So that means the parties are just around the corner and we have to be prepared to…
Prev Next 1 of 6,577
More Stories