Australia: Victoria lockdown extended – Nearly half of the country’s population has been ordered to stay home 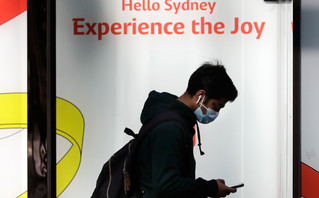 Its principles Australia announced today that lockdown in the state of Victoria will be extended, despite the slight decrease in cases of the new coronavirus, as the two largest cities in the country are fighting to stop the spread of the highly infectious Delta variant.

The Prime Minister of the state government in Victoria, Daniel Andrews, stressed that the measures will not be lifted because cases of transmission continue to be detected in the community, promising to give more details tomorrow Tuesday.

“Maybe we spent a few days in the sun and then there is a very high chance that we would return to Lockdown. “I try to avoid that,” said Mr Andrews, explaining why the measures would not be lifted as planned.

Almost half of the population has been ordered to stay home

Victoria, the second most populous Australian state, to which Melbourne is administratively located, today recorded 13 cases due to transmission to the community, from 16 the previous year. All infections are associated.

Nearly half of Australia’s population (25 million) have been instructed to stay home, with Sydney, the continent’s largest urban center, locked in for five weeks and all of Victoria applying the same measure as the variant Delta triggered the worst outbreak of the new coronavirus pandemic this year.

New South Wales, with Sydney as its capital, has reported 98 cases of transmission to the community, up from 105 last year. At least 20 of the people diagnosed as infected had contacts in the community, a number roughly equal to those of recent days.

This is exactly the number “we want to reduce (…) the closer we bring it to zero, the sooner we will be able to end the lockdown,” explained State Prime Minister Gladys Beretziklian.

In New South Wales the measures have been extended twice. They are now expected to be removed on July 30 at the earliest.

Although the cases have decreased today, Ms. Beretziklian noted that the effects of the lockdown will not be felt until “in four or five more days”.

The country may enter a new cycle of consecutive lockdowns

Immediate enforcement of restrictive measures, compliance with the rules of so-called social distance and thorough tracking of the contacts of infected people are believed to have allowed Australia to control – comparatively – the pandemic and, above all, to keep the death toll low. It has so far recorded some 31,900 SARS-CoV-2 infections and 914 deaths due to COVID-19.

However, experts warn that the country may enter a new cycle of consecutive looting until the percentage of people who have been fully vaccinated has reached the required level.

A poll published today by The Australian shows that the slow pace of the immunization campaign – only 13% of the adult population has been fully vaccinated so far – has lowered Prime Minister Scott Morrison’s acceptance level to below one year.

Officials also expressed frustration with the violations of social distance measures in Sydney, which prompted police to start patrolling the beaches, especially the more touristic ones.

It was also announced today that the far-right British commentator Katie Hopkins, who had gone to Australia to participate in a TV “reality” show, will be deported after the uproar she caused by uploading to her Instagram account a video in which she said she opened the door naked. without wearing a mask, to staff members who were handing her meals while she was allegedly quarantined at a hotel in Sydney.

The 46-year-old has repeatedly caused a stir with attitudes that have been characterized as racist, anti-Islamic, anti-immigrant, while she has also spoken out against restrictive measures to prevent the spread of the new coronavirus pandemic, especially Lockdown.

“It is inconceivable that he thought the measures we have taken to protect our community could be dealt with in such adolescent, foolish behavior,” said New South Wales Health Minister Brad Hazard.