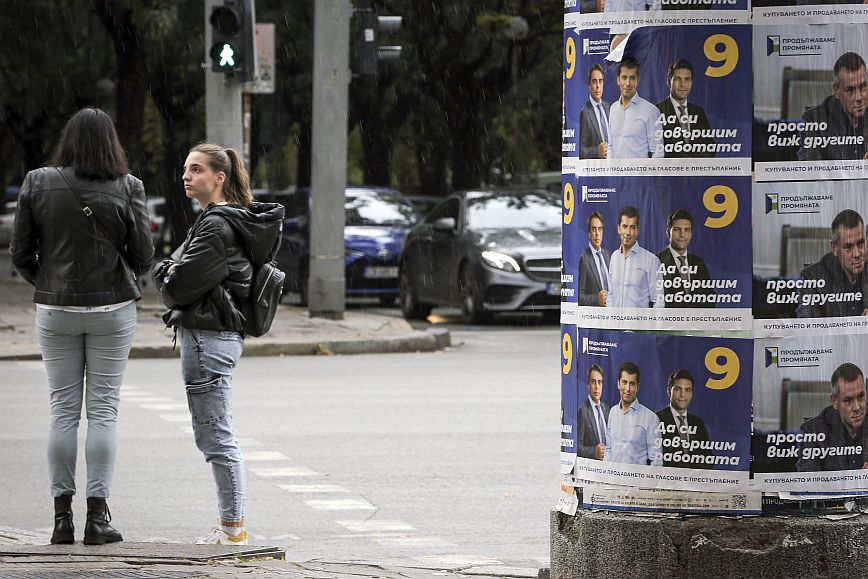 Its citizens go to the polls today Bulgariafor the fourth time in 1.5 years, in a state of concern about the coming winter due to price increases brought about by the war in Ukraine.

If endemic corruption dominated the debates in the previous parliaments electionseconomic insecurity dominated the election campaign this time, while inflation is reaching 20% ​​in this Balkan country which is the poorest in the European Union.

“Prices are what worries voters, much more than the geostrategic issues that preoccupy parties”the poll expert Anthony Todorov of the New Bulgarian University explains to Agence France-Presse.

Studies show “a fear of winter”, lest skyrocketing heating and food prices push people into poverty.

In this climate of concern, former prime minister Boyko Borisov, 63, may make a strong comeback: polling institutes bring his conservative party, Gerb, to is in first place with 25% of the voting intention.

With his experience of a decade in power, he promised on Friday, during the last rally of his supporters in Plovdiv (Plovdiv, southern Bulgaria) to defeat “the chaos”, to “work for the stability of the country”.

Despite trailing by nine points in the polls, his centrist rival Kirill Petkov wants to believe in victory to “continue the change”, as his formation is called.

The 42-year-old former Harvard-educated businessman ruled for just seven months before being ousted by impeachment.

In an interview with Agence France-Presse, he welcomed the fact that he attacked “corrupt practices” for to redistribute the money to the younger and the retiredbut “a lot of work remains to be done”.

“The challenge is to choose between a European, progressive and transparent Bulgaria and a return to the years of political corruption”he summarizes in a final appeal to voters.

Petkov categorically rules out an alliance with Borisovhis sworn enemy, raising the specter of continued political instability unprecedented since the end of communism in 1989.

The Gerb party declares on its side “open to all”.

“I don’t believe they will return to power, they are too isolated”comments Todorov. “The situation is critical, Bulgaria needs a government, but not at any price”he emphasizes.

For the political scientist Georgi Kyriakov, Boyko Borisov could nevertheless ally with the Turkish minority party MDL and the ultra-humanitarian and pro-Russian formation Vazrajdane (Renaissance), whose “conduct will be decisive”.

The move, which is credited in polls with 11% to 14% of the vote, has grown in strength since the start of the Russian offensive, as Bulgaria is a country with strong historical, economic and political ties to Moscow.

- Advertisement -
Share
Facebook
Twitter
Pinterest
WhatsApp
Previous article
Hurricane Ian: Information on at least 70 dead in the US – Over 1,000 rescues in Florida
Next article
Brazil: At the polls with Lula “flirting” with electoral victory

Erdogan: Distributed pretzels to citizens outside a mosque in Taksim Square