Haiti: Sanctions from the US and Canada on the former and current president of the Senate 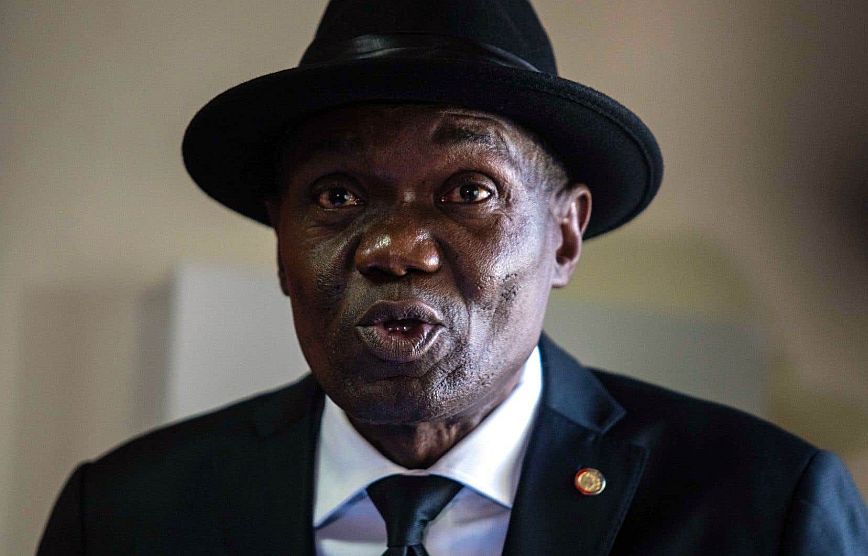 In imposing sanctions on the former and current president of its Senate Haiti both the US and Canada stepped forward, accusing them of “actively contributing” to the trafficking of drugs passing through the Caribbean state.

The sanctions target Joseph Lambert, the current president of the Haitian Senate, and one of his predecessors, Youri Latortywho held this office from 2017 to 2018 and is also the cousin of former Prime Minister Gerard Latorty.

These sanctions “clearly show that the USA are determined to hold accountable and impose consequences on those behind the violence and unrest in the Caribbean country,” National Security Council spokesman John Kirby said.

His government Canadaa country where there is also a large Haitian community, said it was taking similar measures.

The two politicians are accused by the US government of “abusing” their positions to participate in “drug trafficking” and of “collaborating with criminal cartels” undermining the rule of law in Haiti, summarized the US Treasury Secretary responsible for combating terrorism. and financial intelligence gathering, Brian Nelson.

For its part, the State Department announced that Joseph Lambert was banned from entering the US, accused of “corruption and gross violations of human rights. The ban also applies to the politician’s family members.

Messrs. Lambert and Latorty will see all of their reimgs and assets, as well as any business in which they are directly or indirectly involved in which they have a majority stake, freeze. More generally, any transaction with Americans or American businesses and institutions with them is prohibited.

The president of the Haitian Senate and his predecessor are accused of participating in the creation of a cocaine trafficking ring from Colombia through Haiti and that they covered up the action of other traffickers, as well as being the moral perpetrators of violent actions.

The offices of the two Haitian politicians have not officially reacted to the announcements of the American and Canadian governments.

However, Mr. Latorti in an interview he gave to a Haitian radio and television network yesterday Friday rejected the accusations against him and added that Washington ignored the advice he had given on the training of his country’s police and the fight against gangs.

The Americans “trained the police” and the current situation is the result, he argued. “I said ‘here’s how to fight (including the gangs)’, and since then they’ve been unhappy with me.”

The offices of Haitian Prime Minister Ariel Henri did not respond when asked for comment.

Neither the US nor Canada specified which Haitian gangs they believe the two politicians worked with.

At the same time, the White House noted that “conversations are ongoing” for the creation of an international force to intervene in the poorest state in the Western Hemisphere.

“We are currently holding talks with various partners on this issue,” Mr. Kirby said, stressing that no decision has been made on US involvement, and that the force would have a primary mission “to provide humanitarian assistance.” .

On Monday, UN Secretary-General Antonio Guterres told the Security Council that action was urgent to deploy an international armed force in Haiti to help end the “nightmare” the country is experiencing.

Haiti has been almost completely paralyzed by the gangs, who have set up roadblocks and occupied the country’s main oil terminal in Vare since mid-September, causing shortages of fuel and drinking water amid a resurgence of cholera.

Law enforcement forces launched a large-scale operation on Wednesday to regain control of the terminal, which continued Thursday with street clearance. The government announced that fuel distribution across the country would resume on Monday.

Instability in the country intensified further after the assassination of President Jovenel Moise in July 2021 by a group of mercenaries.

- Advertisement -
Share
Facebook
Twitter
Pinterest
WhatsApp
Previous article
Peru: Over 100 tourists held hostage by indigenous people freed
Next article
The blood that dyed everything red, the bridge that became… a grave and the mirages that create illusions